Bold Picks for Stage Four: Who Ya Got on Lake Chickamauga? 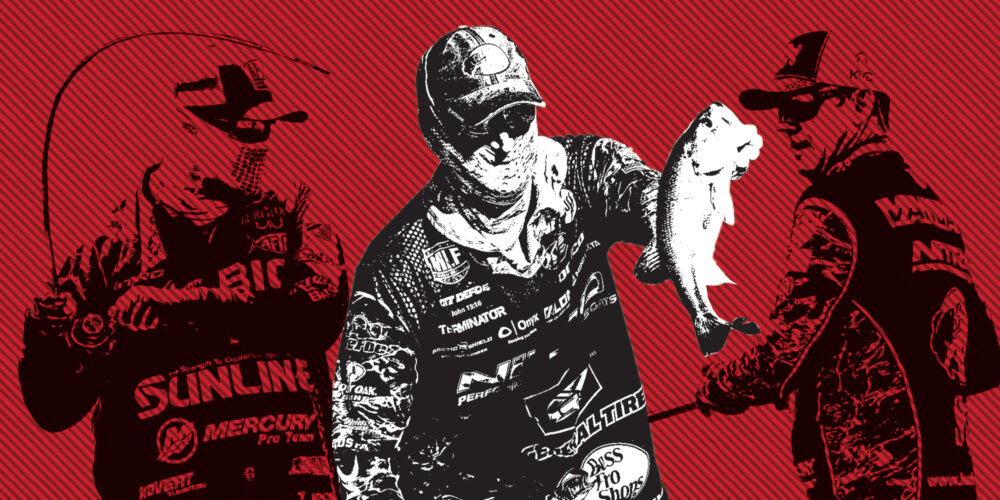 DAYTON, Tenn. – The fourth regular-season stop on the 2021 Bass Pro Tour schedule is setting up to be a ledge fishing shootout on Lake Chickamauga. Fish have reportedly been on the move toward their offshore summer haunts and all indications are that they’ll be in a biting mood when the action kicks off on Friday.

In the field of 80 anglers are a handful of pros who reside nearby, as well as many others who have fared well on the Tennessee River impoundment over the years. That makes picking boldly a challenge – there are many potential favorites going into the week.

We asked each for their top pick and one wild card – an angler they thought was due for a good event or with a fishing style that doesn’t immediately seem to fit the lake.

“This is a low-hanging fruit pick, but I think this is setting up to be the ‘Jacob Wheeler Show,'” Kenney said. “The other interesting thing about this event is that this is the first time we’ve been on a strictly ledge fishing tournament with guys who are extremely good with forward-facing sonar. Usually, you only catch them good in these tournaments when the current is running, then the fish suspend and are hard to catch when the current stops. Guys like Wheeler should theoretically be able to catch them all day long now since they’re so good at targeting suspended fish with their electronics.”

“He doesn’t seem like a ledge expert at first glance, but he always does good this time of year on TVA lakes,” Kenney said. “He’s never in the Top 5, but he’s always like 12th place, just low enough that it doesn’t register to everyone. Plus, he’s fishing very well on both the Bass Pro Tour and the Tackle Warehouse Pro Circuit so far this year.”

“This is the right time and right place for Michael Neal to get his first big win,” McKee said. “Plus, I heard he’s going to be feeding all of the officials after each tournament day at Dayton Boat Dock (which he owns), so that has to be some good ‘juju’ for the week.”

“He had a great finish last year in the Pro Circuit Super Tournament and he’s due for a strong tournament,” McKee said. “This is a good time of year for him and he’s proven he can do well here.”

“I would have picked Wheeler, but JT already did, so I’m going with Ott,” Stone said. “He’s an easy choice, and I think he will win once more this season. I think it’s going to be a shootout with him and Wheeler finishing first and second.”

“Again, they took my pick as Chad chose Cody Meyer, so I’ll give him an honorable mention,” Stone said. “My wild card would be Andy Morgan since he’s having a tough season and it’s time for him to turn it around. Plus, he has years of experience here and knows what the lake is like during the funky transition from spring to summer.”

“I think people forget how great Kevin is on the Tennessee River,” Shangle said. “He’s won at least three major tournaments on this river that I know of and has upwards of 20 Top 10s in his career on Chickamauga, Kentucky Lake, etc. He just knows how to fish the Tennessee River, and he’s one of the best offshore fishermen ever. If I had to bet on anybody besides Wheeler, DeFoe, Neal or Morgan on Chickamauga – and I have to, since I’m picking last – it would be Kevin, 10 times out of 10.”

“There are a handful of good wild-card picks – the odds of Jordan Lee and Edwin Evers NOT making a Top 10 soon are pretty long – but I like John Murray as a wild card here,” Shangle said. “John was well ahead of the game with electronics in offshore fisheries when he was smoking everybody on the West Coast, and he’s become a Tennessee River rat since he moved to Watts Bar a few years ago.”