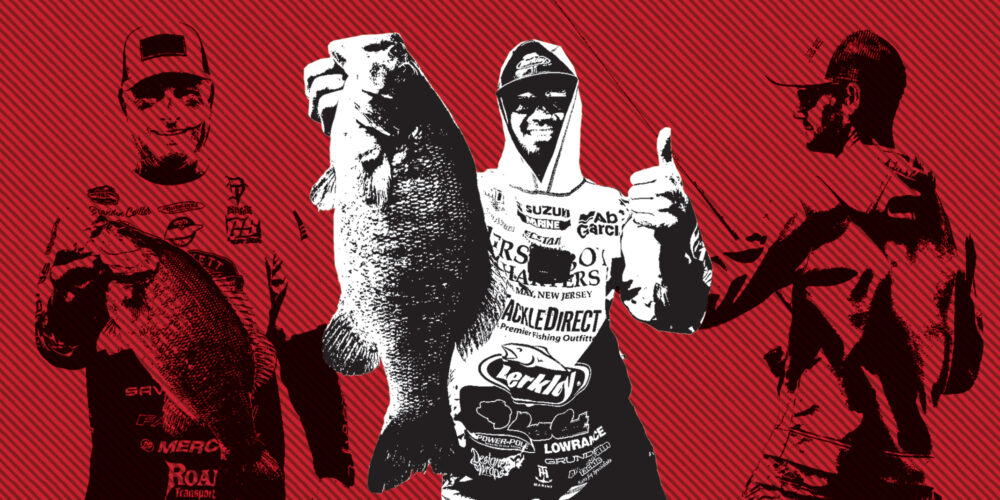 PLATTSBURG, N.Y. – After a month-long break, the Bass Pro Tour recommences this week at Lake Champlain. All of the anglers competing in Toyota Stage Six Presented by Googan Baits have a high degree of familiarity with Champlain, which has been a popular tournament stop for decades.

With several past winners in the field, it’s hard to pick a favorite. Throw in the dynamic of both largemouth and smallmouth and multiple patterns possibly being at play, and Stage Six is an “anybody’s guess!” kind of event.

MLF NOW! analysts JT Kenney, Marty Stone, Chad McKee, and MLF Executive Editor Joel Shangle did their best to make sense of all of the variables and made their bold predictions for the tournament.

We asked each for their top pick and one wild card (an angler they thought was due for a good event or with a fishing style that doesn’t immediately seem to fit the lake). Here’s who they took:

“I went with Ehrler at the St. Lawrence, and I have no reason to change my pick here,” Stone said. “I think this is going to be one of the greatest AOY races we’ve ever seen in this sport, with Ehrler, Wheeler, and DeFoe battling it out on the last day of the last event. Plus, Ehrler has had a lot of success at Champlain in past events.”

“The ‘Jersey Boy’ has a ton of tournament reps at this location and he won a 2011 Toyota Series on Champlain,” Stone said. “I also like the maturity I’m seeing with him on the water this year.  I feel like there’s a newfound confidence in him and the next layer of that confidence equates to wins. That’s when he’ll go from being a really good angler to a really, really good angler!”

“I’ve been waiting since Lake Eufaula for the opportunity to pick Thrift, and Lake Champlain is finally it,” Shangle said. “Thrift first competed on Champlain in 2007 and has since pulled down a handful of Top 5s and a win (a 2019 Toyota Series) here. He led the Northern Division event held just two weeks ago on Champlain before finishing sixth, so I think Thrift will have a little bit of a head start when we get rolling on Thursday.”

“Coulter enters the final two events of the 2021 season in 59th place in AOY points, with a lot of work to do to qualify for REDCREST 2022,” Shangle said. “But if there’s any place in the world where Coulter could ‘get well,’ it’s Lake Champlain: he won the Challenge Select event held here in 2019 with an absolute smallmouth beatdown (he caught double the weight of the second-place finisher on the final day). Coulter has had a little bit of a Jekyll/Hyde relationship with Champlain in his career, but he’s dedicated some time in recent years to really figure this fishery out. I think it’ll pay dividends for him.”

“My first choice would have been Thrift because I truly think he will win this one,” Kenney said. “Since he’s already been picked, I have to go with Wheeler. He’s on a roll and could easily win again this week.”

“Timmy has had plenty of success here and this could be his time,” Kenney said.

“I’m picking Jordan Lee to win,” McKee said. “He had a Top 10 a few years ago at Champlain. He’s also getting hotter, and it’s time for him to win again.”

“May not be the first guy you think of at Champlain, but that’s the idea of a wild card. He’s fishing strong and he’s had some solid results on the fishery,” McKee said.