Browning in Bally Bet AOY Mix By Fishing His Strengths 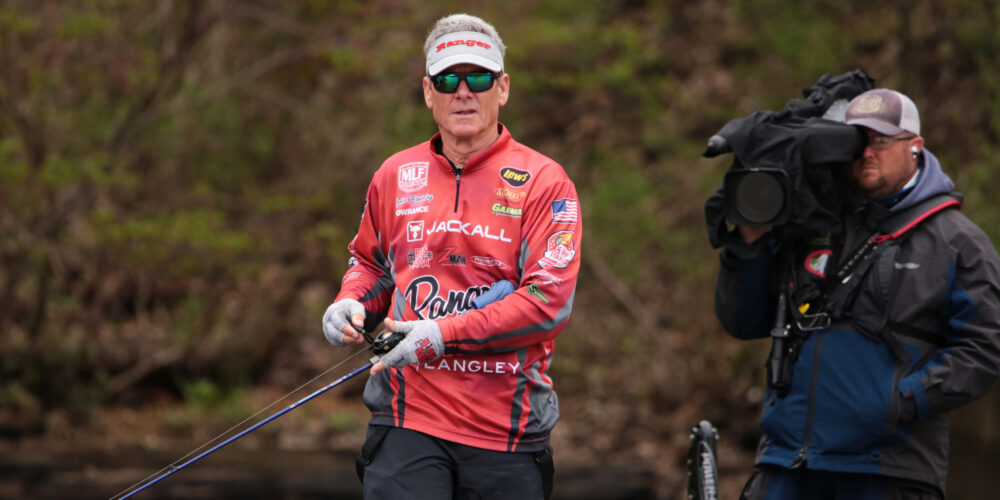 Now in the fourth season of the Bass Pro Tour and its “every scorable fish counts” format, there have been more than enough tournaments to analyze which anglers have made the smoothest transition from a five-biggest-fish format. There have been a handful of standouts with multiple wins (hello, Jacob Wheeler, Ott DeFoe and Jordan Lee), but there are also several anglers who remain steady with quality finishes more times than not.

One angler who has clearly hit his stride is Arkansas pro Stephen Browning.

Browning finished 22nd in Angler of the Year points in 2019 and 34th in 2020 – qualifying for the first two REDCREST events – and then jumped to sixth in AOY in 2021, earning Top 10s at Lake Travis and Lake Chickamauga. The Mercury pro currently sits ninth in the 2022 Bally Bet AOY race, is fresh off a fourth-place finish at Lake of the Ozarks and a Top 10 showing at Heavy Hitters at Lake Palestine, and is the proud owner of the 2022 Patriot Cup trophy.

He’s done at all sticking to a very basic philosophy – fish your strengths.

In Browning’s case, that means fishing shallow with a Z-Man Evergreen Jack Hammer ChatterBait, a strategy that he adheres to just about everywhere he goes, no matter the fishery or time of year.

Browning readily admits that he prefers to fish shallow. It’s a zone that he settled comfortably into while growing up in Arkansas, and he’s maintained the same mindset throughout his career, always seeking out places that fit his style.

“I started out fishing the lower Arkansas River and it’s usually always shallow; river systems, in general, will be shallower fishing than reservoirs no matter where you live,” Browning said. “That’s why I still run upriver a lot of the time and try to get off the beaten path. My comfort zone is up a river and in shallow water, and I’ve learned that these areas will always hold some residential fish.”

When he arrives at a fishery for a Bass Pro Tour event, Browning has already scoped out several areas he plans to explore, with locations, depths, and cover that suit him.

“When I back my boat in the water, I’ll already have a half-dozen places in mind with areas that fit what I like to do,” he said. “Most of it will be areas where I can throw a ChatterBait in the grass, fish a shallow crankbait around wood, or pitch a tube or Z-Man ZinkerZ. When tournaments are tough from fishing pressure, I believe that it always pays to fish your strengths and lures that you have confidence in. I’m a big believer in grinding it out to get bites.”

Not everyone will stay shallow all day long everywhere they go, and that’s OK. The biggest piece of advice that Browning offers inexperienced tournament anglers is to find what works best for them.

“You have to be comfortable on the water and find what you like doing,” he said. “It may be fishing out deep and you’d rather use a Carolina rig instead of a crankbait because you can feel the bottom better. You don’t have to listen to the ‘dock talk’ and try to fish what’s working for everyone else.”

“If you’re not catching them right away, you’re going to change baits more frequently and you could miss out on the bite,” he said. “I learned a long time ago that having fewer rods on the deck is what works for me. I stick with what I know and how I like to fish.”