Challenge Cup Field is Set: Top 30 from Stages One and Two Qualify for New Competition 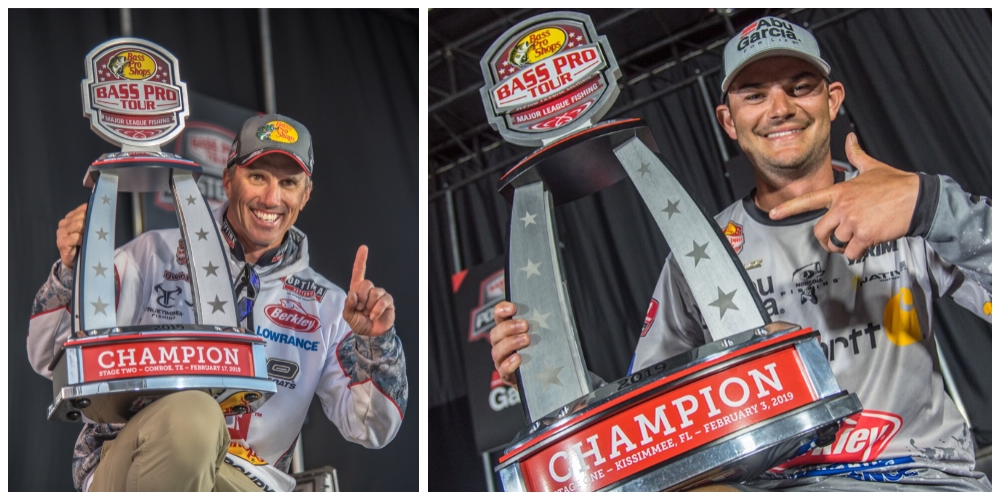 The official competition roster for the 2020 General Tire Challenge Cup – one of four made-for-television “bonus” events affiliated with the MLF Bass Pro Tour – was confirmed this week, and it should come as no surprise that the two winners of the two first MLF Bass Pro Tour events of the 2019 season lead the list of 30 anglers who have qualified to fish Major League Fishing’s first new-look Cup event (which will be contested June 9-14 at a site yet to be announced).

Under the 2019-20 schedule structure, MLF will combine the results of two Bass Pro Tour regular-season Stages at a time to create the 30-man fields for four one-off Cup events. All four of these Cup events – the Challenge, Heritage, Patriot and Summit Cups – will be contested and shot “in the dark” for television in 2019, and air in 2020 on the Outdoor Channel.

“The structure of those four new Cup events and being able to qualify for them individually is almost like a mini-championship with a great field of 30 anglers,” said Howell, who finished in the Top 10 on the Kissimmee Chain and then finished high enough at Conroe to land well inside the Challenge Cup’s Top 30 qualification. “It’s a good setup. They zero the Cup-qualifying points after two events, and everybody has an equal chance to qualify again at the next two. It just gives everybody a chance to make it to another special event where they can win some extra money and get some extra exposure.”

Stages One and Two (Kissimmee and Conroe) combine to form the Challenge Cup lineup. The combined standings for Stages Three and Four (Raleigh, N.C. and Dayton, Tenn.) will create the 30-man field for the 2019 Heritage Cup (to be contested July 29-Aug. 3); Stages Five and Six will feed the Patriot Cup (Sept. 23-28) and Stages Seven and Eight form the roster of the Summit Cup (Oct. 21-26).

Standings for the eight regular-season MLF Bass Pro Tour events will still remain cumulative throughout the season, with the Top 30 anglers over the course of the year qualifying for the Redcrest, the Bass Pro Tour’s end-of-season championship event.

“Inevitably, you want to be in the Top 30 to qualify for Redcrest,” Howell admitted. “The Cup qualifiers give a guy a chance to refresh his season if he has a bad event or two, but the big overall goal this year is to make it to all four Cup events and to stay up there in the overall standings for Redcrest.”