Coulter Using Watts Bar to “Get in Shape” for 2021 Season 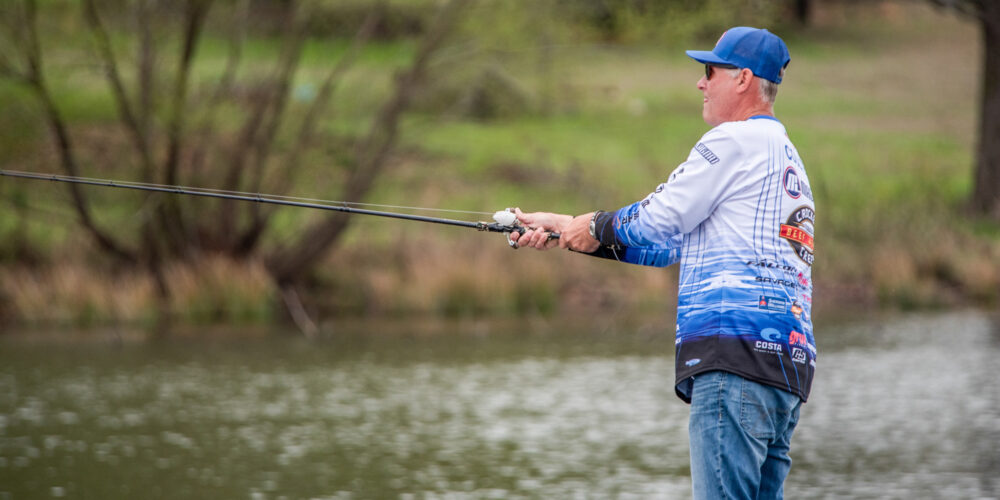 Like many MLF Bass Pro Tour anglers, Brandon Coulter uses his offseason to prepare for the upcoming season. Many anglers will take time off to clear their heads, go hunting, get on a diet and exercise program to get into shape, etc. Coulter does a bunch of that as well, and this particular year, he really needs to get into shape after recovering from postseason elbow surgery.

So, how does Coulter prepare for the upcoming season? He uses his cabin on Watts Bar Lake in Tennessee as his base and the lake as his training facility to sharpen skills and rehab his elbow.

“I love winter fishing on Watts Bar,” Coulter says. “It’s a big lake – larger than Chickamauga or Fort Loudon that are also in Tennessee. What I especially like about it is the variety of fishing opportunities. I can fish for all three species of bass and I get plenty of opportunity to fish for bream and crappies, too.”

Offseason is time to experiment with new concepts and sharpen lacking skills, according to Coulter.

“Last year, I experimented a lot with small swimbaits,” Coulter says. “I experimented with whether braid to leader or straight fluorocarbon was better for some presentations. Working on how to present a variety of baits when I’m not in competition really brings my game up to the level it needs to be at.

“Plus, I really worked on my Ned rig presentation. Prepping for when the money is on the line. I spent the winter catching tons of smallies and spots with that. I think I have that technique about as fine-tuned as it can be right now.”

Breaking Down the Winter Season

Coulter breaks his winter fishing into three periods. Early, when the bass are still chasing bait; mid-winter, when it’s coldest and most of the fishing is done vertically along bluff walls; and finally, late winter, essentially the prespawn period when bass are starting to move up into shallower locations again.

“Even during the coldest months of the year, there’s enough good weather to go and catch them,” said Coulter. “Rarely do I need to go to a Silver Buddy or float and fly. I’m fortunate to live and fish here.”

Another prep program Coulter uses has a panfish connection.

“Another aspect of winter fishing is chasing bream and crappie,” Coulter confirms. “If you’re not using a forward-looking sonar searching for them, you’re toast. Fishing docks and brushpiles involves way more detail than most bass fishing. It’s very difficult to catch crappie like that. Using a 1/16-ounce jig head and penduluming it down into a brushpile takes a lot of practice to get good at it. I promise you can catch bass on a Ned rig on Lake St. Clair or anywhere you need to use it if you master crappie fishing like that. It’s really prep work.

“I’ll also head up the river and fish eddies, current breaks, and tiny gravel piles by the dam for shellcrackers. Anyone can catch a billion little ones, but big ones on a drop-shot with a nightcrawler on a 4-pound test is as difficult as catching big bass. They move, and you need to adjust every day to stay on them if you want to fill the freezer.”

Though Coulter does spend a fair amount of time in a tree stand looking for trophy whitetail deer, he isn’t a proponent of excessive time away from fishing during the winter months.

“I have to do what I can in my world to be the best that I can be,” Coulter says. “I’ve had winters where I took a lot of time off, let’s just say those tournament years were not very good.”

Coulter’s left elbow had been an issue for a while. He had picked up some serious momentum with a Top 10 at Stage Two Lake Fork then COVID hit, forcing a pause in the schedule until the last two events. Coulter knew then that surgery was needed, but had to finish out the season. Heading into the final two events he was in position to make REDCREST and Heavy Hitters.

Unfortunately, he lost ground and missed the REDCREST in 2021.

“I missed so many fish at Sturgeon Bay,” Coulter says. “I just couldn’t execute properly. Even though I was using a spinning rod, lifting up on a drop-shot and reeling didn’t work well. I know that’s an amazing fishery, but I don’t have a great track record there.

“Now, post-surgery this winter, I’ll be doing a little extra rehabbing for the tendons in my left arm prepping. I used to think I was invincible, I learned I’m not. I realized I will need to hold a baitcasting rod in both hands some this year. So one of my offseason preparations is learning to fish with both left and right-handed retrieve reels to not overuse the left elbow. I want the tendons to last, don’t need them to blowout.

“Likely you won’t see me fishing that way during the competition, but half of my practice, I’ll fish with the rod in my right hand, come game time probably won’t, but practice for sure.

So far so good as Coulter nurses his post-surgery elbow back into shape.

“Right now I’ve just been okayed by my doctors to fish more with my left arm,” he says. “It’s sore for sure, but it keeps getting better the more I fish. I’m making sure I follow the rehab protocol and I’ll be ready for the 2021 season.”