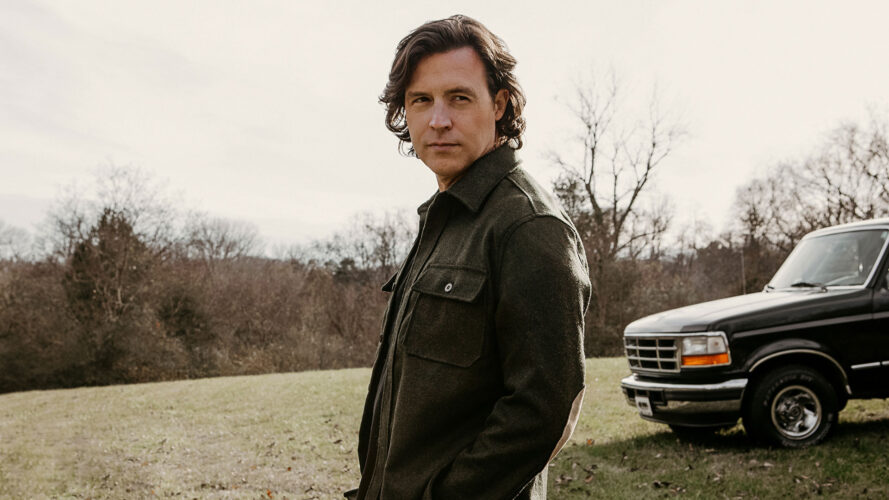 TULSA, Okla. – Country music star Clayton Anderson (Visionary Media Group) will perform a free concert on the Mossy Oak Music stage at the SageNet Center at Expo Square in Tulsa on Sunday, March 27, beginning at 4 p.m. before the world’s premier bass anglers return from Grand Lake O’ the Cherokees to crown the REDCREST 2022 Champion – professional bass fishing’s world championship. Fans of all ages are encouraged to attend the free concert which is presented by Ugly Stik.

Anderson’s latest hit: “Show Me Your Fish” resonates with anglers of all ages and included mention of the iconic fishing brand Ugly Stik throughout the song. The summertime anthem, which had its World Premiere on Country Music Television (CMT) earlier this week, is sure to be heard blasting from boats and trucks across the country this year as he encourages fishermen and women of all ages to break out their Ugly Stiks and show off their best catch.

“I’m so pumped to be headlining REDCREST this year. Country music and fishin’, what goes together better than that,” said Anderson. “And it couldn’t be better timing with the release of ‘Show Me Your Fish’. As a little kid floating the East Fork of the White River, if you told me this would be happening, I’d never believed ya. Really looking forward to grabbing an Ugly Stik, getting out there and hanging with the pros, amateurs, and all the fishin’ fans. Gonna be a heckuva time.”

A country singer-songwriter with a midwestern rock flair, Anderson grew up on the lakes of Southern Indiana — fishing, boating, and playing his guitar. As a student at Indiana University, he kicked off his music career, building a grassroots fan following playing local bars and parties. In 2008, he walked onstage at Kenny Chesney’s Next Big Star Battle in Cincinnati and walked off as the winner. He released his debut album, Torn Jeans & Tailgates, in 2011, followed by Right Where I Belong (2014) and Only to Borrow (2016). Pre-COVID, he toured nonstop, opening for Eric Church, Blake Shelton, Jason Aldean, Jimmy Buffett, Thomas Rhett, Lee Brice, and Carly Pearce.

During the pandemic, Anderson got creative, going virtual and diving back into his roots on the water with a lineup of Lake Tour concerts. To kick off 2022, Anderson released two brand new singles: “Nothin’ But Net” (produced by Grammy-winning Dave Audé and as heard on ESPN for College Basketball Season) and “Get After It” (produced by Nash Overstreet), a song that celebrates hard work and getting the job done. Stay tuned for much more to come from Clayton in 2022.

Anderson’s appearance at REDCREST 2022 is presented by Ugly Stik. The brand will also be hosting a meet and greet with Anderson at the Berkley booth during the expo and hand out Ugly Stik giveaways to fishing fans who watch his appearance on the Mossy Oak Music Stage. More information on Anderson’s appearance can be found by following Ugly Stik on Facebook and Instagram.

Hosted by VisitTulsa, REDCREST 2022 Presented by Costa will take place March 23-27, 2022, with competition set for Grand Lake O’ the Cherokees, and the REDCREST Outdoor Sports Expo Presented by Costa in Tulsa, Oklahoma. The event will showcase the top 41 Bass Pro Tour anglers from the 2021 season competing for the prestigious REDCREST Championship and the top prize of $300,000.

Visionary Media Group is a homegrown, Nashville-based Music, Film, Media and Technology company. Our mission is to illuminate purpose-driven stories through a new end-to-end storytelling paradigm. Visionary employs world-class talent and state-of-the-art technology to Empower Creators, Enhance Content, Engage Community, and Amplify Storytelling. We invite you to join us in an exciting new journey to empower artists and fans to reimagine authentic connections and rekindle a shared sense of purpose as we launch our interactive storytelling platform, Evernova.