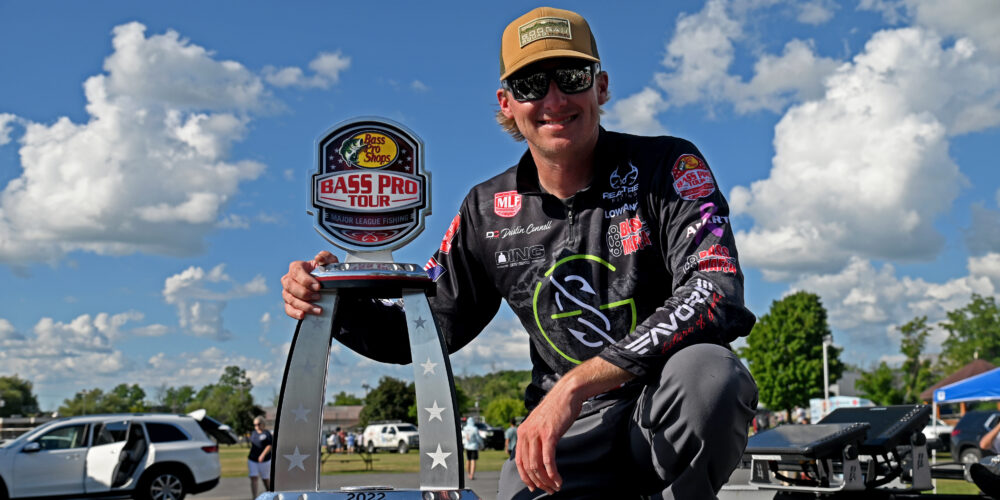 UNION SPRINGS, N.Y. – Reeling in nearly 100 pounds of bass during the Championship Round at the Fox Rent A Car Stage Six Presented by Googan Baits made Dustin Connell one of the winningest anglers in Bass Pro Tour history. The Alabama angler took an early lead and held on tight to finish with 25 bass weighing 96 pounds, 12 ounces.

With a Stage Six victory in the books along with his REDCREST 2021 and then Stage Three of the 2022 Bass Pro Tour, Connell has joined the ranks of Jacob Wheeler and Ott DeFoe as the only anglers to win three times on the tour.