GALLERY: Rookies on the Run on Watts Bar Lake 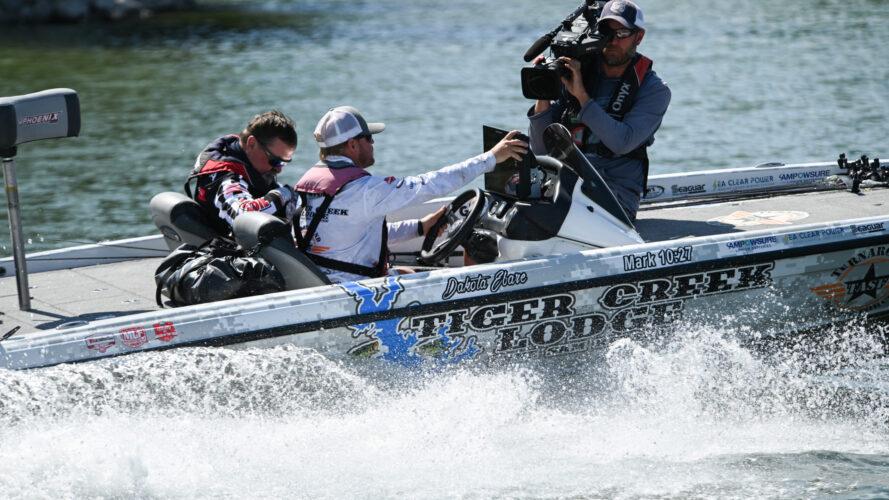 SPRING CITY, Tenn. – The rookies are giving the reigning Angler of the Year a run for his money at General Tire Stage Five on Watts Bar Lake Presented by Covercraft, but a lot can happen when the Top 10 pros are gunning for the win.

Jacob Wheeler took an early lead during the Championship Round, but was dethroned by rookie Ryan Salzman in Period 3. Meanwhile, rookie Dakota Ebare was next in line, ranked third with an hour left to take over the lead.

The stacked field of competitors know there are big ‘uns out there, and they’re still biting on the sixth day of competition as Wheeler scored a 4-pound, 2-ounce largemouth by targeting brush piles with a drop-shot.

Another catch like that would create waves on SCORETRACKER®, so it’s still anyone’s game.

The only certainty the Championship Round has is that all eyes will be on SCORETRACKER® and the MLF NOW! live stream until it’s time for lines out.