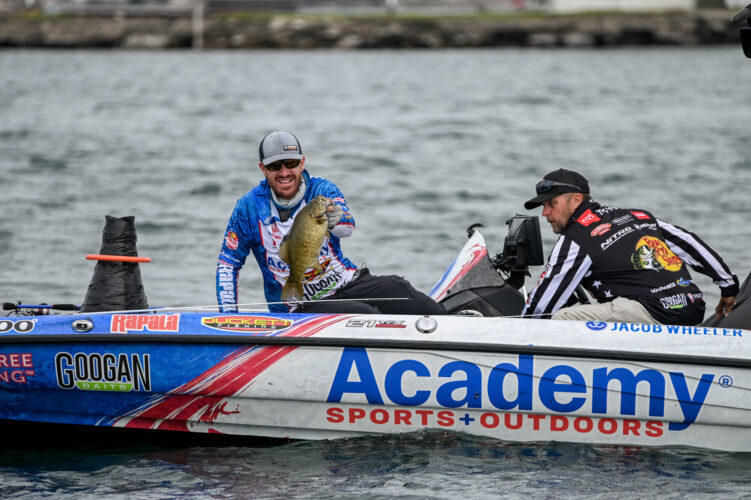 MASSENA, N.Y. – After a slower start to his morning, Tennessee pro Jacob Wheeler made waves of his own by loading SCORETRACKER® with a flurry of catches and claiming a substantial lead. He continued to distance himself from the pack, catching 129 pounds of bass by day’s end. The Googan Baits pro is taking home his second Bass Pro Tour win of the season and fourth overall. Catch up with Wheeler as he battled for the top spot and $100K payday!

Head to MajorLeagueFishing.com for more from the General Tire Stage Five Presented by Berkley!