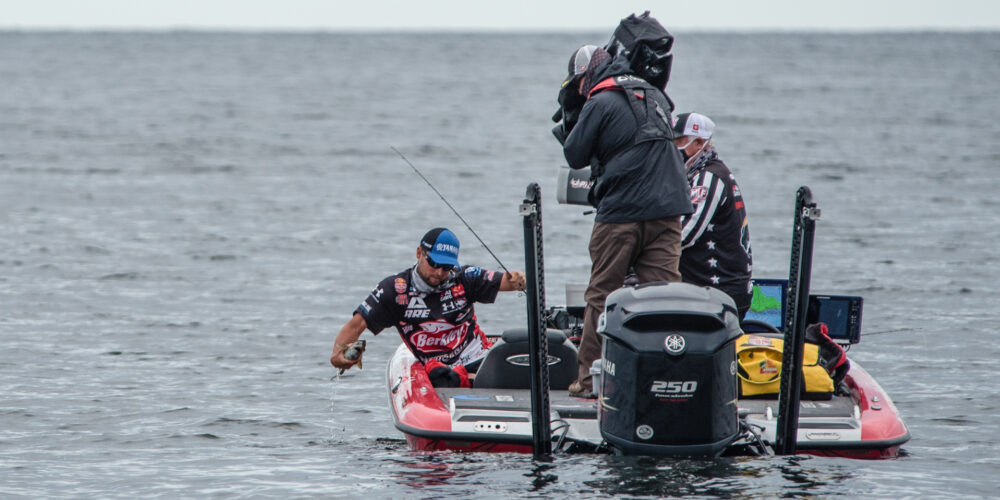 The recent Bass Pro Tour Stage Five Sturgeon Bay and the FLW Pro Circuit event on Lake Erie showcased two of the world’s best smallmouth fisheries. It also proved that Justin Lucas is on a major roll and only the end of the season could stop him from winning again this summer.

Another fact that came out of those events: anglers with western roots have a knack for catching Great Lakes smallmouth.

This wasn’t a new revelation as Aaron Martens, John Murray and others have done well for decades in Michigan, Ohio, New York, etc., but the fact that Lucas, Mark Daniels Jr. and Josh Bertrand (all three with ties to the West) finished first, second and third on Sturgeon Bay was impressive.

At Erie, Lucas won once again and Bertrand was right there for the trophy until the end. Bertrand wrapped up that event in third place, after leading Day 1 and Day 3.

What is it About Western Anglers?

Western lakes and reservoirs are notoriously deep and clear, and that lends itself to a dominant finesse bite many times of the year. Spinning rods with light line, drop-shot rigs, and fishing vertically while watching your electronics is a big part of fishing on the West Coast, which sounds an awful lot like Great Lakes smallmouth fishing during the summer months.

“I think the drop-shot just comes naturally to us because that’s what we do so often on the West Coast,” Bertrand said. “We are used to keeping a spinning rod in our hands all day if we have to and just being comfortable doing it.”

Lucas agreed, and says that his extreme confidence with a spinning rod and light line is a direct result of growing up fishing in California.

“I started off fishing a lot of lakes where we would be fishing for spotted bass right below the boat in 40 to 70 feet of water,” Lucas said. “That makes it seem like I’m fishing shallow when I’m on the Great Lakes and fishing 15 to 30 feet of water.”

Lucas learned way back then that his electronics are essential when fishing this way and has carried that mindset along with him to the Bass Pro Tour.

“The Great Lakes can be intimidating when you go there for the first time, but it gets easier with your electronics and some map study,” Lucas said. “I think, coming from the West, I had to learn electronics at an early stage in my career and learned to trust them and rely on them more as I advanced in my pro career.”

While the western states have some excellent smallmouth fisheries, they’re nothing like the prolific numbers of big smallmouth in the Great Lakes region. There are still several similarities between the two, according to Bertrand.

“Most of the places that I fish in Arizona are very deep and rocky and the bass are keyed on baitfish in deep water away from the bank,” he said. “That translates to how I approach fishing for smallmouth on the Great Lakes, it’s very similar to how I grew up fishing.”