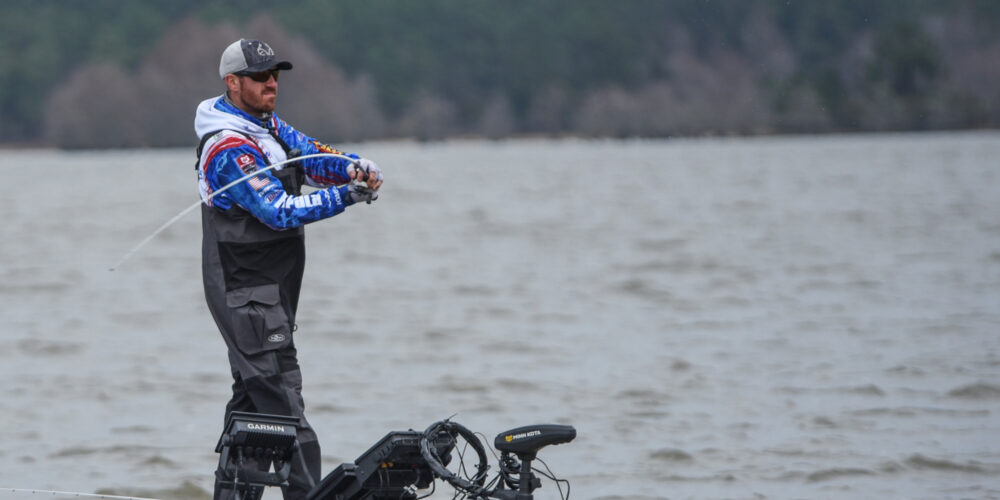 Jacob Wheeler gears up for a historic REDCREST that he believes will be one of the purest instinctual championship tournaments in bass fishing history. Photo by Garrick Dixon
February 17, 2021 • Jacob Wheeler • Bass Pro Tour

Like a lot of guys headed to REDCREST this week, I’ve been studying various weather apps for Tyler, Texas near Lake Palestine like a book. I’ve seen single-digit readings reported out of Tyler. When I click on the forecast, I see below-freezing temperatures all the way until Saturday, February 20.

MLF has already shifted REDCREST by a day and reduced practice to one day to allow extra time for better weather and safe travel into the region.

These are Uncharted Waters

As I see all this unfolding I’m thinking, “Yeaahh, this is going to get really interesting.”

My first thought is that REDCREST 2021 will be an unprecedented bass fishing championship due to the combination of several factors. First, there’s very little documented tournament history on Lake Palestine. Second, it hasn’t been this cold in Texas in like 30 years. Third, there’s a substantial warm-up that will happen during the event.

I know there have been some freezing Bassmaster Classics at places like Grand and Hartwell. But those are well-known tournament lakes with plenty of past documentation. And there have been Classics held in lesser-known waters, like the Louisiana Delta. But this event is a combination of an unknown venue plus super cold temperatures leading up to it and much warmer temps during the event.

Practice Out, Instincts In

Think about this: At best, the longest life span of a bass is maybe 10 years. So if these temperatures haven’t been seen in this part of Texas for 30 years, all the bass living in Lake Palestine have never experienced this kind of water temperature before.

We’ll go from a possibility of still having skim ice on the banks in practice to air temperatures in the upper 60s by the last day of the event. With that, I’m thinking this REDCREST will be one of the purest instinctual championship tournaments in bass fishing history. Practice will basically be out the window for this one. I’m betting there will be guys who don’t even get a bite in practice for this deal. Heck, I might be one of them.

Practice and the tournament will have to be done simultaneously at Palestine and these are the kind of events I love. The guy that wins this one will figure it out in the tournament: day-by-day, hour-by-hour.

When you bring the best in the bass fishing business to test them in a new situation like this, pure instincts will be called upon big time. This will boil down to an epic instinctual battle from beginning to end and personally, I can’t wait to see how it shakes out.