JAMES ELAM: Lake Travis Can Produce (I Have a 9-Pounder to Prove It) 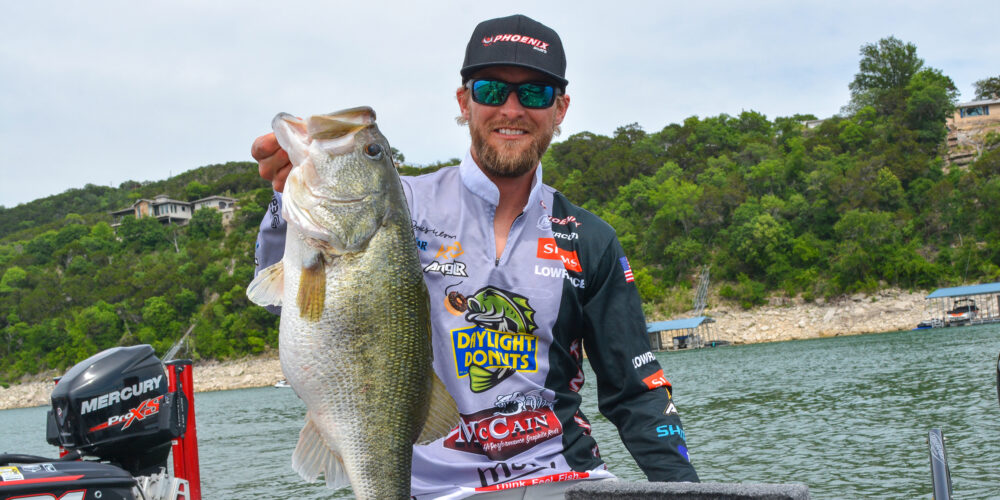 We’re getting ready to head to Lake Travis in Texas for Stage Two of the Bass Pro Tour, and I’m pretty pumped about it. I think it’s such a neat lake that’s really different than any lake that I’ve ever been to. I haven’t been to a lot of lakes in the western U.S., but that’s kind of the feeling I get from Lake Travis. I really love that area of Texas and I’m looking forward to having some fun while I’m down there because there’s just so much to do.

In terms of what I’m looking for out of Travis, I’m hoping it hasn’t changed much since I was last there in 2018. The water should still be pretty clear like it was a few years ago, and that’s good news for me because I love fishing in clear water. The lake’s size obviously hasn’t changed, so it still won’t be a massive area for us to try and figure out.

Drawing from my past experiences there, I remember that there’s a lot of fish to be caught, they just aren’t the massive kind like we saw in North Carolina or on Sam Rayburn. But that doesn’t mean there aren’t some 7- to 9-pounders in there because I caught myself a 9-pounder there in 2018.

I remember it being really late in the day and I had caught a bunch of fish, but nothing that was going to help me make a cut. I went back to this area where I knew I could catch some. I spent about 15 minutes there and was thinking to myself, “I need to leave or I’m going to be late to the weigh-in.”

I told myself I would throw one more cast just to see what would happen. I threw a green pumpkin stickbait on a Carolina rig, got a 9-2 to bite it and brought it in the boat. That fish was huge for me and moved me up the leaderboard in a big way. That just goes to show what a big fish can do for you on a place like Lake Travis.

For me, success on Lake Travis is going to come down to three factors—docks, rock structure, or submerged bushes. There’s a ton of docks on that lake because it’s so popular, and the fish love to hang out around those. There’s a good amount of bluff walls and other rock structures all around the lake, and clear water bass need shade to kind of shield their eyes. Finally, there’s not a ton of vegetation near the bank, but you can find some underwater bushes that are always a target for those deeper bass.

I’ve gotten off to a slow start in 2021 and I’m hoping to get right this time around. I made the Knockout Round on Lake Eufaula but missed out on Sam Rayburn. This event is really about getting back to fishing the way I know I’m capable of and hopefully finding another 9-pounder. I’m sure that would definitely help my cause.