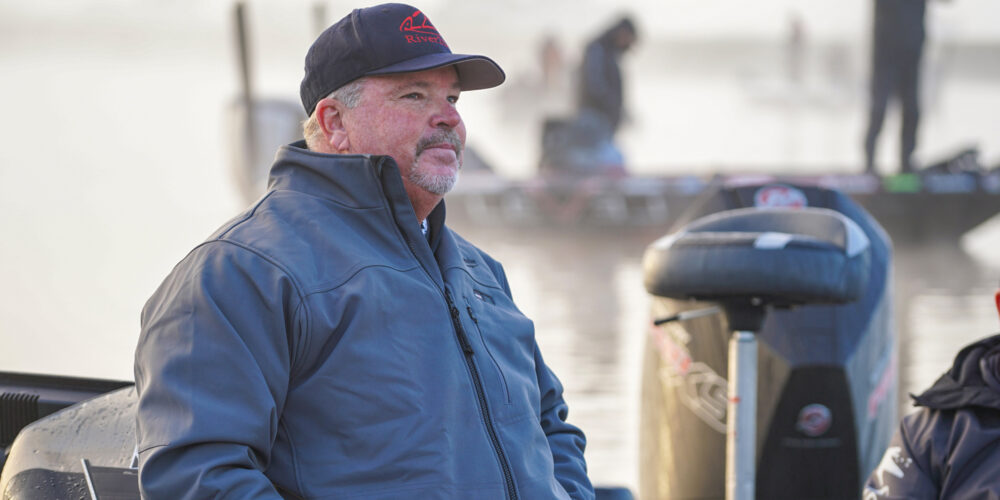 Bass Pro Tour angler John Murray has one of the most impressive resumes in tournament fishing. In total, he has won an eye-popping 31 fully-rigged bass boats for his tournament finishes in the western United States. He’s won a boat on every major fishery from New Mexico to Washington.

Murray claimed two WON Bass U.S. Open Championships (1997 and 1999), and is one of the organization’s all-time leading winners with four Angler of the Year awards and seven tournament wins.

A run of continued dominance like Murray’s hasn’t been seen in recent years (at any level!), and while he wasn’t the first western angler to succeed in tournament fishing, Murray influenced and inspired a generation of West Coast anglers in ways that can still be felt today.

Today, Skeet Reese and Murray are great friends and roommates on the Bass Pro Tour. That relationship dates back to Reese’s teenage years and a fateful tournament on Lake Havasu.

“I was maybe 18 and fished the tournament as a non-boater and drew John,” Reese recalls. “I remember thinking to myself, ‘Oh my god, I drew Murray!’ I was pretty cocky back then and when the tournament started, I told him ‘I’ve never been beat,’ and that was a big mistake. He whooped me pretty bad.”

Reese remembers that Murray was constantly on the covers of western publications during that era.

“He won everything back then and was one of the first real prodigies of fishing. As soon as he started fishing, he started winning,” Reese says. “There are two guys who stand out as an inspiration for me: Gary Klein and John Murray because they made it from the West Coast. They went out and did it.”

Aaron Martens has been competing against Murray for decades across several different tournament organizations, and Martens credits Murray for inspiring him to become a pro angler.

“John was the man for a long time,” Martens shared. “At the time, I was guiding and fishing team tournaments and I remember that it seemed like he won every tournament on the ‘Westy Worm,’ and I could never catch a fish on that thing,”

Once Martens started fishing the regional trails, the two quickly hit it off.

“There are some guys I looked up to and John was definitely one of them,” Martens admitted. “He proved that you could make a living fishing on the West Coast.”

California’s Kent Brown is the host of the popular Ultimate Bass Radio in Sacramento and lived through Murray’s years of terrorizing the West as he competed against him. Brown says you couldn’t help but be in awe of Murray during the ’80s and ’90s.

“When John showed up at a tournament, you knew you were going to have to beat him to have a chance,” Brown said. “He’s also one of the nicest guys you’ll ever meet. He was always willing to help guys and point them in the right direction.”

It wasn’t just one type of water where Murray had success either, according to Brown.

“He was such a dominant force and would win on Clear Lake, The Delta, Lake Shasta, and on desert fisheries like Lake Mead,” said Brown. “The dude won everywhere he went. Besides all of the boats he won, he also won a bunch of trucks and outboards.”

Brown said that besides the wins, Murray was an innovator.

“Murray won quite a bit by fishing in deep water and was a pioneer of that style of fishing,” Brown said. “He really understood it and was the first guy I remember to mount a graph on the front of the boat, an old paper graph.”

While Murray now calls Spring City, Tennessee home, he will always be considered one of the West Coast’s O.G.s of tournament bass fishing.