Jones Advances to Championship Round, Wheeler Locks Up AOY 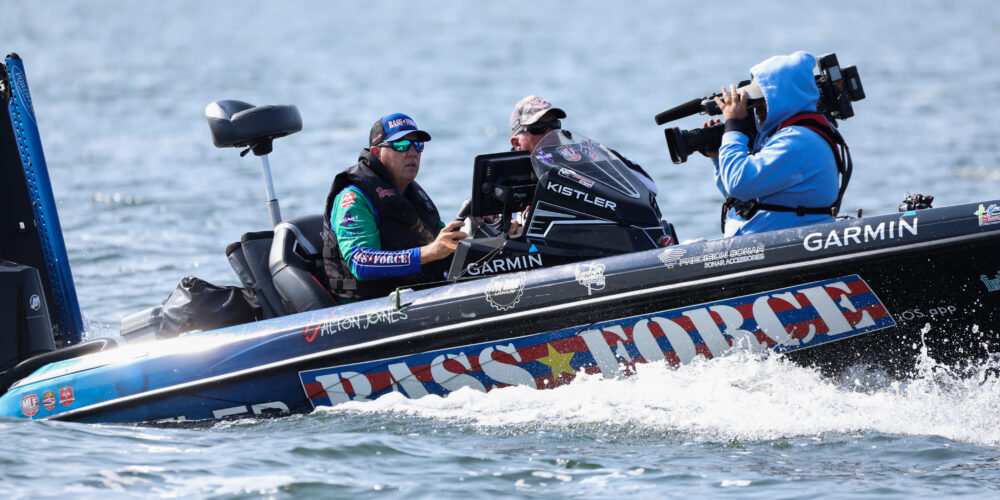 ONAMIA, Minn. – It was moving day for Group B at the Bally Bet Stage Seven Presented by Minn Kota on Minnesota’s Mille Lacs Lake. There was plenty of movement, including from Alton Jones, who will advance to the Championship Round, his third straight and fifth of the 2022 Bass Pro Tour season.

Jones entered the day with a commanding lead of 27 pounds over Dustin Connell and ended up winning the group by nearly 36 pounds after tacking on 12 bass for 47-15 today.

Coming into this event, Jones’ fourth-place standing in the Bally Bet Angler of the Year race was overshadowed by the excellent year of Jacob Wheeler and others. The Championship Round appearance will move Jones up the standings in that race, with a chance to take home another Bass Pro Tour win.

“The goal coming into this event was to win the round and get to the final day,” Jones said. “I worked hard on this one, pre-practicing before the lake went off limits and then spending all of practice doing one thing. I put all my eggs in one basket and spent my time idling and looking for isolated boulders; the bigger, the better.”

With a sizable lead entering the day, Jones knew that the anglers trailing him would have to make a big run to catch him, but he paid close attention to what they were catching throughout the first two periods.

“If they’d add a fish, I’d go and catch one,” he said. “I knew they would come after me if I slowed down, so I wanted to show them I was still catching fish. I didn’t feel comfortable until the final period and was then able to start looking for more areas.”

So far, the weather on Mille Lacs has been pleasant with light winds. However, the lake has a reputation for getting rough with high winds and conditions are expected to change in the coming days with increased winds.

Jones has considered this and has areas that will be protected based on the forecasted wind direction.

“I scanned and looked for areas that would be out of the wind,” he said. “I also have another 15 to 20 areas that I haven’t fished yet this week that should be protected when I come back on Thursday with what’s supposed to be a south wind. I feel like I have areas to fish, regardless of the wind direction and even if the wind doesn’t blow. I’m thankful to be able to advance to the Championship Round, and I’ll have as good of a shot as anyone to win it.”

Wheeler a Two-Time Bass Pro Tour Angler of the Year

Coming into the season’s final event, Wheeler had a 65-point lead over Jordan Lee in the Bally Bet Angler of the Year race. His remarkable season included a Top 10 finish in each of the first six stages of the season and he’ll have a shot to make it 7-for-7 if he can advance to the Championship Round on Mille Lacs. This marks Wheeler’s first two Angler of the Year title awards and they were won consecutively.

As with all elimination days, anglers made valiant runs and big drops on SCORETRACKER®. On the day, three anglers moved in and three subsequently fell out of contention at this event.

Bryan Thrift (22nd to 16th), Randy Howell (23rd to 19th), and Jason Lambert (25th to 20th) will advance. This marks Lambert’s first Knockout Round appearance of the season.

Bally Bet Stage Seven Presented by Minn Kota, continues on Wednesday with the Knockout Round, which features 19 anglers from groups A and B. The 38 pros will fish Mille Lacs Lake, where the top eight anglers will advance to the Championship Round.

Fans can catch all of the action on MLF NOW! beginning at 7:45 a.m. CT on MajorLeagueFishing.com or the MLF app.