Keeping an Eye on the REDCREST Qualification Line 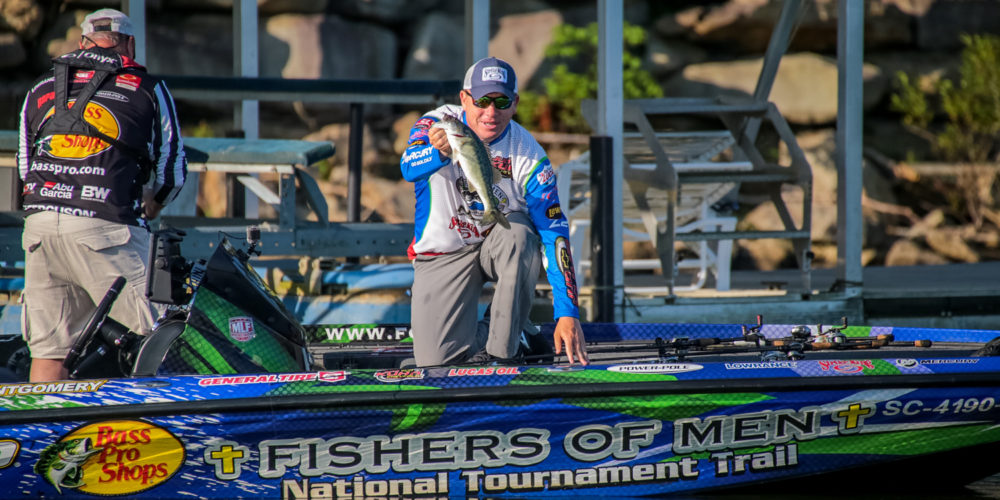 TULSA, Okla. – There are only three stages left of the inaugural MLF Bass Pro Tour, and the race to qualify for the REDCREST Championship is starting to heat up. Only the Top 30 point-earners qualify for the REDCREST Championship that will be held August 21-25 in La Crosse, Wisconsin. As the regular season winds down, there are multiple anglers flirting with the Qualification Line.

Montgomery Not Fishing for Points

Andy Montgomery is one of the Top 30 pros right now as he currently sits in 29th place, just eight points ahead of 31st-place Takahiro Omori. He’s doing his best to ignore his position in the standings based on previous experience as a professional angler.

“Throughout my career, it seems like when I pay attention to standings and positioning, I don’t do very well,” Montgomery explained. “I’ve had a few times in my career where I’ve been in a position to qualify for a championship and have fallen out of the cut every time. So, it might be better for me to not pay attention to the standings.”

Some anglers may head into the final three stages with an idea in mind about how many points they’ll need to gain in a certain tournament to ensure qualification. According to Montgomery, once you start fishing for points, that begins a slippery slope.

“My job is to control the process and let the points take care of themselves,” Montgomery said. “You can’t think about the points or think about where you need to finish to get a certain amount of points. You have to go out and fish to win every tournament. When you fish to just make a certain position – say 40th place – you fish a little differently than you would when you’re trying to win. Bottom line is that you can’t fish for points.”

Scroggins Last Man In (For Now)

The last man in the Top 30 right now is Terry “Big Show” Scroggins. The Florida pro has made three out of five Knockout Rounds, which has helped him secure a spot north of the Qualification Line for now. While he is happy with his performance this season, he knows he still has a long way to go before he can start booking hotels in Wisconsin.

“My position inside the Top 30 is kind of irrelevant to me right now,” Scroggins said. “It doesn’t matter if you’re in 18th place or 45th place, you can still make it or get knocked out at this point with three stages left. It’s not a done deal by any means. We’ve seen the Elimination and Knockout rounds and this is going to be just like those. People are going to make and miss the cut in the last minute. It’s not over until the last cast is made in the last 10 seconds.”

Move down below the Qualification Line and you’ll find future Bass Fishing Hall of Fame inductee Mark Davis. The Arkansas pro is in 33rd place in the standings after making the Knockout Round in four out of the first five stages. While he says he’s not entirely happy with this production once he gets to the Knockout Round, Davis doesn’t put too much stock into his current below-qualification position.

“I don’t really think about where I’m at in the standings,” Davis said. “You just have to let the chips fall where they may and do the best you can. You need to know where you’re at in the standings, but at the end of the day, all you can do is catch as many fish as you can and take what the lake gives you. I’m still in the hunt and that’s all you can really ask for.”

The MLF Bass Pro Tour continues on May 17 with the Berkley Stage Six Presented by TrueTimber from Table Rock Lake in Branson, Missouri.