KVD at REDCREST 2021: It Still Stings 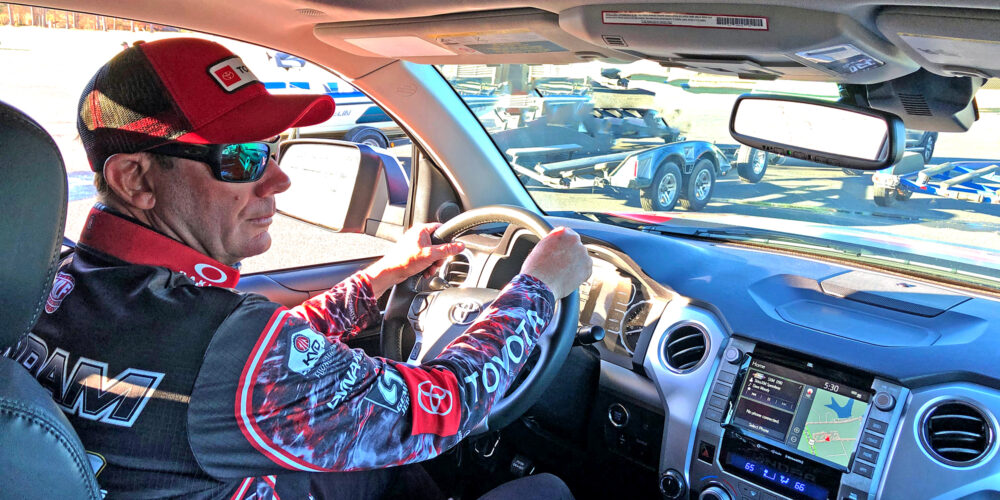 Editors Note: This is the final of a series of short daily accounts of Kevin VanDam’s REDCREST event this week as told to Alan McGuckin of Dynamic Sponsorships.

If you have any doubts as to whether Kevin VanDam’s competitive fire still burns hot at age 53, I wish you could have read my text messages last night.

At 9:30 p.m. Wednesday came a message from Kevin thanking me for all the media work I did with him this week at REDCREST Presented by Old Wisconsin Sausage, followed by, “Wish I could have got it done today. Still stings.”

Five hours after his week on Lake Eufaula was officially over – it was classic KVD – class, appreciation, and a relentless competitor’s heart.

“I’ve been doing this a long time, and some days things just don’t go your way. I missed four fish that would have counted today. I didn’t get mad. I didn’t throw a fit. I truly believed I could get it done. I had my chances right to the end, but I just didn’t connect,” he lamented.

Fueled by his wife Sherry’s lucky cookies, VanDam made thousands of casts at REDCREST with a Strike King Thunder Cricket – specifically a 3/8-ounce white one – with a matching white Strike King Menace trailer. It was for sure his best bait of the week.

His best day of the week was the first one when he totaled 20 pounds. “I made a location change early in the day on Monday and got a couple good bites right away. That started the ball rolling to that good 20-pound bag,” he grinned.

But what he described as “repetitive missed opportunities” is the part of REDCREST he wishes he could do over.

“I’m a little mad and frustrated, obviously. This one stings. I’ll think about those four missed bites for a long time,” VanDam concluded.