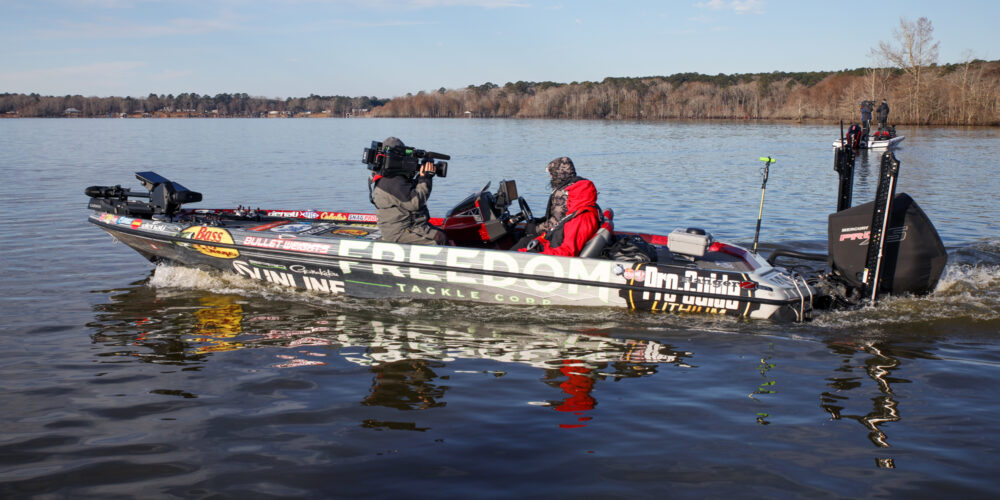 Five anglers have graduated to the Bass Pro Tour in 2022 after successful 2021 campaigns on the Tackle Warehouse Pro Circuit. Among the “rookies” is Mercury pro Jeremy Lawyer, who’s won at every level of Major League Fishing.

The Missouri pro has won the BFL All-American, a Pro Circuit event on Grand Lake and a Toyota Series tournament on Lake of the Ozarks. A victory on the Bass Pro Tour would be a logical next step in the career of the Missouri pro.

Lawyer more than held his own in his Bass Pro Tour debut, finishing 20th at B&W Trailer Hitches Stage One Presented by Power-Pole. He was pleased with his performance and is looking forward to the rest of the season, including an event close to home on a lake where he’s tasted victory previously (Stage Four at Lake of the Ozarks).

The Stage One qualifying rounds on Lake D’Arbonne were rough. Cold weather and a slow bite made for tough fishing, but it didn’t seem to phase Lawyer.

“I was pretty fortunate because I was able to catch two fish pretty quickly in the first hour on Day One to calm me down,” he said. “I was a little worried coming into this format, since all of the guys have been doing this for three years. I didn’t want to get sucked into worrying about hearing all the SCORETRACKER® updates if the guys were catching them. Thankfully, it was a slow bite, and I think that helped me. I tried to use it to my advantage.”

This wasn’t his first go-round with SCORETRACKER® – Lawyer fished the TITLE in 2020 on Sturgeon Bay in the BPT format – but he says the live-scoring experience was much different on the Bass Pro Tour.

“The TITLE was a great event, but sort of a one-off where you knew you were getting a check for qualifying and you could come back home and fish for (a five-fish limit) again,” he said. “At the first Bass Pro Tour event, I had more on the line because I’m now thinking about points and my entire career. I felt like I just went through a crash course in Louisiana and came out OK.”

With one event under his belt, Lawyer is eager to keep the momentum going and is excited for the stop on Lake of the Ozarks, the site of his October 2018 Toyota Series win.

“It’s going to be a good one, but I feel like all my knowledge of it won’t make a big difference because the bite should be wide open,” he said. “There are so many ways to catch them there, and I’d venture to say it will have the most fish caught of anywhere we go this year. It’s going to showcase that fishery and how good it is; it’s well known, but still a diamond in the rough.”

It’s still early in his Bass Pro Tour career, but so far, so good for Lawyer who is enjoying the different pace and format.

“I’ve really enjoyed myself already,” he shared. “The new format has taken me out of my element and out of my comfort zone, but it’s been exciting at the same time. I’ll have to give it a full season to see what I think of everything, but it’s more than met all of my expectations so far.”