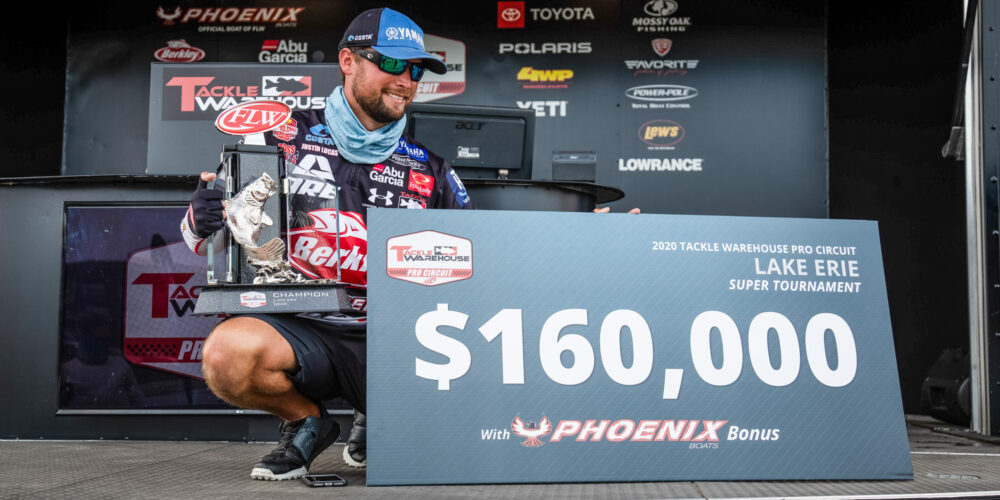 Major tournaments held on California waters are special events for touring pros. For an eastern angler “gone West” for the first time, a stop at one of the Golden State’s storied waters can be likened to a pilgrimage.

He migrated east to plug up the three holes his California bass fishing education could not fill: “River system lakes like those on the Tennessee River, the Great Lakes and shallow, dirty waters,” Lucas lists.

Yet his West Coast education has helped him garner his first Bass Pro Tour win in 2020, to add to the five FLW wins, 2018 Bassmaster Angler of the Year honors, and nearly $2 million in winnings during his still-young professional career.

What lessons from the West have best served him in top-level competition?

“The first thing that comes to mind is comfort fishing deeper water,” says Lucas, who calls Alabama’s Lake Guntersville his current home water. “I think of 20-plus feet as ‘deeper water.’  I won tournaments growing up in California fishing 70 to 80 feet deep on Oroville.”

Clear Lake is a natural lake that he calls “super clean,” known for its vegetation and docks.

“It also has a lot of natural rock,” he notes. “That served me when I got to fishing Lake Champlain and several other big northern largemouth lakes. The expertise I picked up with swimbaits and fishing crankbaits and football jigs in 15 to 25 feet of water came largely from working Clear Lake.”

Facility with a spinning rod and finesse techniques also has factored frequently into Lucas’ success.

“You always had to have a spinning rod on deck on most of the waters I fished — even on the California Delta,” he says. “Whether it was fishing a drop-shot, split-shot rig, wacky rig, shaky head … I learned a lot of ways to use a spinning rod to catch fish. I had a spinning rod in my hands a lot of the year I fished the FLW Tour as a co-angler, and I did well in those events. I’ve carried those talents to my fishing as a pro. Fishing is tougher today, and finesse plays more into winning tournaments than ever before.”

He regards drop-shotting as his deadliest finesse talent.

“You can literally catch largemouth in 3 to 4 feet of water then catch smallmouth in 50 feet of water on it,” says Lucas, who identifies the Berkley PowerBait MaxScent Hit Worm Magnum for largemouth and MaxScent Flat Worm for smallmouth as his favorite drop-shot baits. “It’s a more versatile technique than people think.”

Highlights of Lucas’s career include two tour-level victories on tidal waters — the Potomac River and the California Delta.

Coincidence can stake no claim on the similarity of those wins. The Sacramento-San Joaquin River Delta, a.k.a. “California Delta,” did more to shape Lucas’ bass fishing education than any other water.

“I grew up on the California Delta and spent most of my time there,” he says. “Growing up on a tidal body of water, you really understand that current is always repositioning fish and that there are feeding windows … and that it’s important to be around key areas during those times.”

Tidal wisdom combines an understanding of tidal timing, moon phase, where fish position themselves to take advantage of feeding opportunity generated by current flow, and more.

“If you haven’t grown up fishing tidal waters, you’ll find the fishing kind of odd because everything is constantly changing,” he explains. “One common theme I’ve seen on all tidal waters is the last two hours of an outgoing tide and the first hour of an incoming tide seem to be consistent feeding times overall. So I try to base my practice when tidal fishing around these three-hour windows.”

Tides create current — high water flowing to low water areas with back and forth repetitiveness.

“If you aren’t near that drawn, sucked-out water, those fish won’t be congregating for you in the areas where you can load up quickly,” he says. “I base my practices on what I know the tide will do in certain key areas. Because I know those fish are constantly repositioning, I feel I have a lot of opportunity to put my bait in front of a fish that hasn’t seen a bait in a while.

“It gives me confidence fishing a tidal water knowing that current is my friend. When unpressured fish are looking for food to come by, they tend to be aggressive.”