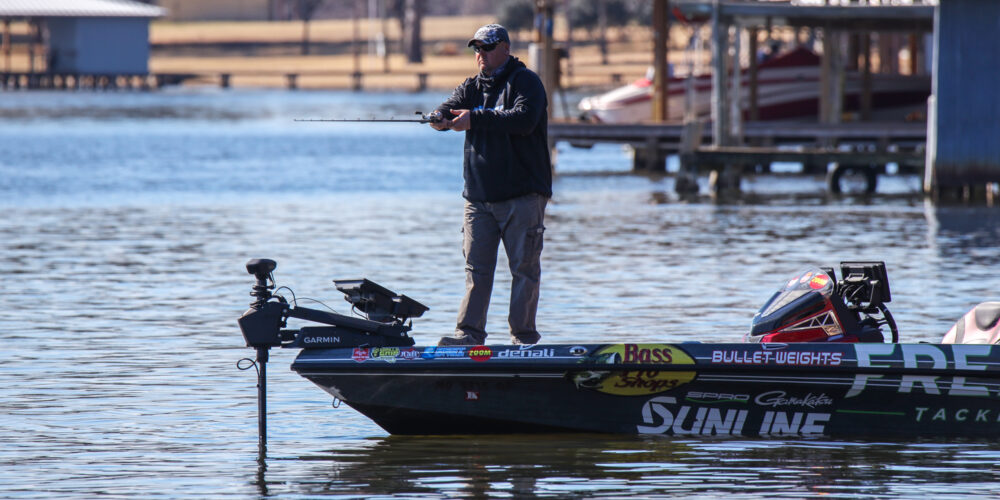 Bass Boat Technologies Stage Four on Lake of the Ozarks Presented by Bass Cat to Showcase 80 Pro Anglers Competing Over Six Days for Purse of $805,000

OSAGE BEACH, Mo. – Major League Fishing (MLF) is set to visit Central Missouri next week, April 30-May 5, for the fourth event of the 2022 MLF Bass Pro Tour regular-season – the Bass Boat Technologies Stage Four on Lake of the Ozarks Presented by Bass Cat.

The six-day event, hosted by Central Missouri’s Tri-County Lodging Association and BassingBob.com, will showcase 80 of the best professional anglers in the world, including bass-fishing superstars like Kevin VanDam, Ott DeFoe, Jacob Wheeler, Angler of the Year leader Jordan Lee, reigning REDCREST Champion Bobby Lane, and three Missouri pros – Jeremy Lawyer (Sarcoxie), Mike McClelland (Blue Eye), and James Watson (Lampe). They’ll be competing for a purse of more than $805,000, including a top payout of $100,000 and valuable points in hopes of qualifying for REDCREST 2023, the Bass Pro Tour championship.

Although Lake of the Ozarks has played host to dozens of MLF (and former FLW) tournaments over the years, this event will mark the first time that the MLF Bass Pro Tour will visit Lake of the Ozarks. The tournament will feature the MLF catch, weigh, immediate-release format in which anglers catch as much weight as they can each day, while also feeling the pressure and intensity of the SCORETRACKER® leaderboard. The tournament will be filmed for broadcast later this year on the Discovery Channel.

“It’s going to be a shallow-water tournament, no doubt,” said Sarcoxie’s Jeremy Lawyer, who has numerous top-10 finishes – and a 2018 Toyota Series victory – on Lake of the Ozarks. “The most disappointing thing about competing here this time of the year is that there is no home-field advantage. The fish are spread out and the lake is wide open.

“It’s kind of scary because everyone that fishes their strength can do well. KVD throwing a squarebill (crankbait) and burning through water might do just as well as Dudley picking apart areas with a wacky worm. It’s kind of intimidating.”

Lawyer said that the bass are way behind the typical spawn timeframe, and that he expects sight-fishing and targeting boat docks to be popular tactics.

“No doubt, a wacky-rigged Zoom Zlinky is going to play well,” Lawyer said. “I’ll have a Freedom Tackle Structure jig tied on for flipping, and I think topwater baits could be strong as well. Catching numbers is going to be the name of this game, and this lake has got plenty of them in it – a lot of 3- to 5-pounders.

“I think the lake is going to really show out,” Lawyer went on to say. “A low day will be 10 to 12 scorable bass – that won’t be that good. I think somewhere from 16 to 20 keepers a day is very realistic and will have you looking good. If someone gets in the right pocket with a bunch of spawners, 25 to 30 scorables is definitely not out of the question.”

Anglers will launch each day at 7:30 a.m. from the Grand Glaize Marina Recreation Area, located at 711 Public Beach Road in Osage Beach. Each day’s General Tire Takeout will be held at the Marina, beginning at 4 p.m. Fans are welcome to attend all launch and takeout events and also encouraged to follow the event online throughout the day on the MLF NOW!® live stream and SCORETRACKER® coverage at MajorLeagueFishing.com.

Fans are encouraged to come out to Meet The Pros Day on Saturday, April 30 from 4 p.m. to 6 p.m. All 80 Bass pro Tour anglers will be onsite at the Grand Glaize Marina Recreation Area to meet fans, sign autographs, snap selfies, participate in tackle giveaways and talk fishing on Lake of the Ozarks. The first 50 children will receive a free Dora the Explorer rod and reel combo, and free food will be provided for all.

On Championship Thursday, May 5, from 4 p.m. to 6 p.m. MLF will host a Celebration Event for fans of all ages, inviting fans to come out and celebrate with the professional anglers from the Bass Pro Tour as they crown the champion of the Bass Boat Technologies Stage Four on Lake of the Ozarks Presented by Bass Cat. The FREE, family-friendly event will be fun for fishing fans of all ages. The first 50 middle school or high school anglers will receive a free Abu Garcia rod and reel combo valued at $100. The final 10 Championship Round Bass Pro Tour anglers will be on hand to meet and greet fans, sign autographs, take selfies, and participate in tackle giveaways.

As part of the event, on Saturday, April 30 from 9 a.m. to Noon, the MLF Fisheries Management Division (FMD) will also be participating in a clean-up event at the Grand Glaize Recreation Area – the FMD Costa Clean Water Matters Program supported by SeaArk.  Volunteers will walk the trails and shorelines to clean up trash and debris from the shores of Lake of the Ozarks and the walking trails at the State Park. SeaArk Boats will support the FMD and Costa’s efforts by providing their revolutionary trash clean-up boat for use on the water during the event.

The Bass Boat Technologies Stage Four on Lake of the Ozarks Presented by Bass Cat will feature anglers competing with a 2-pound minimum weight requirement for a bass to be deemed scorable. Minimum weights are determined individually for each competition waters that the Bass Pro Tour visits, based on the productivity, bass population, and anticipated average size of fish in each fishery.

The 40 Anglers in Group A compete in their two-day qualifying round on Saturday and Monday – the 40 anglers in Group B on Sunday and Tuesday. After each two-day qualifying round is complete, the anglers that finish in 2nd through 20th place from both groups advance to Wednesday’s Knockout Round, while the winner of each group advances directly to Thursday’s Championship Round. In the Knockout Round, weights are zeroed, and the remaining 38 anglers compete to finish in the top 8 to advance to the Championship Round. In the final day Championship Round, weights are zeroed, and the highest one-day total wins the top prize of $100,000.

The MLF NOW!® broadcast team of Chad McKee, Marty Stone and J.T. Kenney will break down the extended action on all six days of competition from 7:45 a.m. to 4:30 p.m. CT. MLF NOW!®  will be live streamed on MajorLeagueFishing.com and the MyOutdoorTV (MOTV) app.

Television coverage of the Bass Boat Technologies Stage Four on Lake of the Ozarks Presented by Bass Cat will premiere as two two-hour episodes at 7 a.m. ET, on Saturday, Oct. 15, and Saturday, Oct. 22 on the Discovery Channel. New MLF episodes premiere each Saturday morning on the Discovery Channel, with additional re-airings on the Outdoor Channel. Each two-hour-long reality-based episode goes in-depth to break down each day of competition.