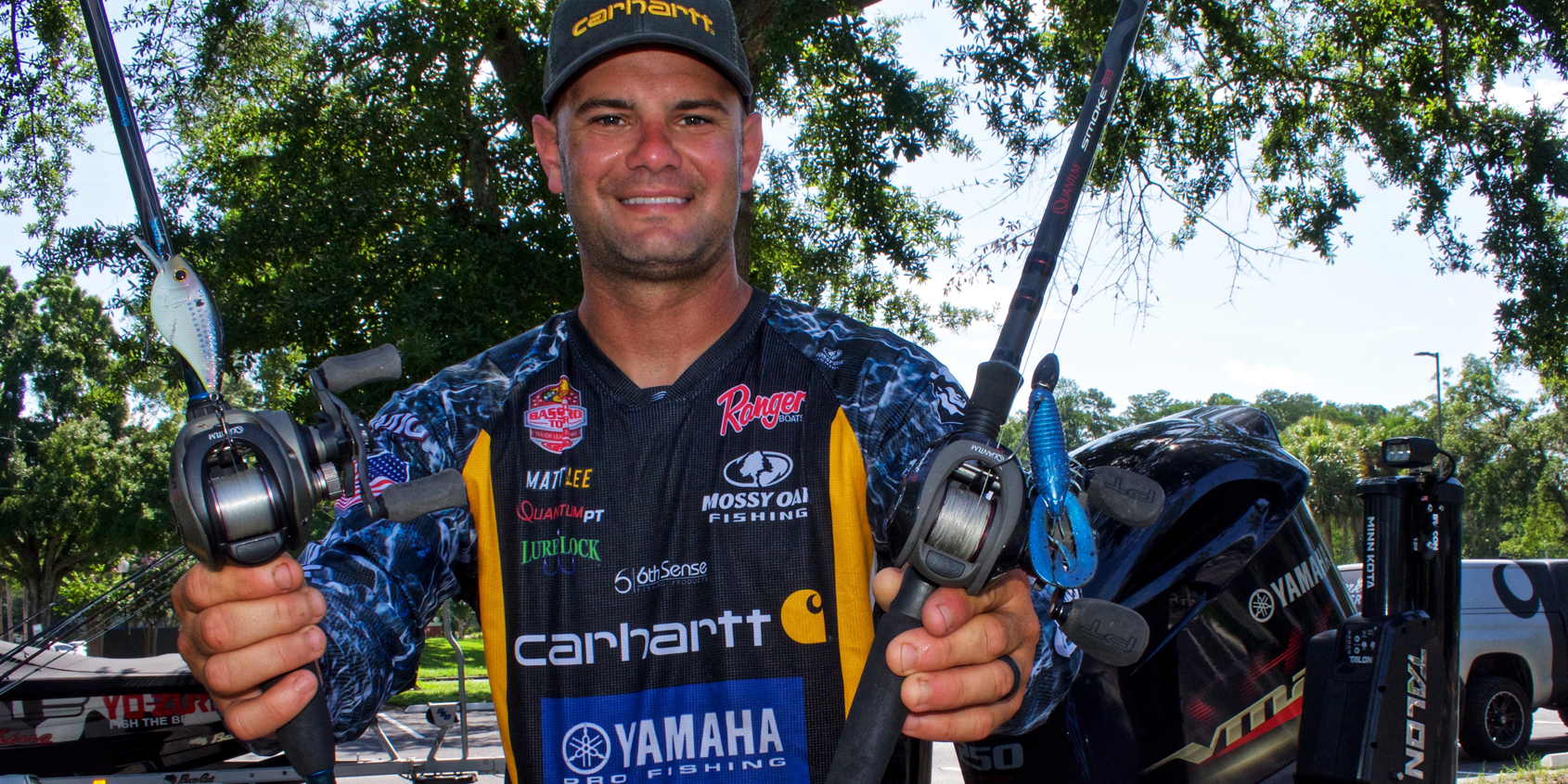 KISSIMMEE, Fla. – The format of the recent Toyota Heavy Hitters Presented by Venmo provided an interesting new wrinkle of excitement for Bass Pro Tour competitors and fans alike. The unparalleled big bass bonus tied to every round of competition completely changed the game for MLF pros like Matt Lee.

The Kissimmee Chain of Lakes was good to both Lee brothers: Matt finished the Knockout Round in 17th place while Jordan went on to win the event. This was no accident, as Matt altered the way he practiced to find both a numbers pattern and a productive big fish pattern.

Kind of a meat-and-potatoes type approach, to maximize his chances in the unprecedented format. When Matt advanced to the Knockout Round the gravity and opportunity of the Big Bass Bonus was absolutely on his mind.

“Knowing I could earn an extra $50,000 with a single cast was hard to even think about,” Lee said with a laugh. “It was pretty amazing and was on my and every anglers’ mind as we were getting updates called from the SCORETRACKER®.”

Before the Knockout Round began, Lee grappled with the prospect of targeting big bass and the $50K, or his primary area with lots of solid 2- to 4-pound fish. Ultimately, Lee decided to focus on his numbers area to try and catch enough scorable bass to advance to the Championship Round. Where he would have had a shot at a Bass Pro Tour trophy and a $100,000 Big Bass Bonus.

“I was in an interesting position,” Lee explained. “I found a unique area out in the middle of Lake Toho I had all to myself. I was mostly fishing a unique squarebill crankbait (6th Sense Crush Flat 75X Crankbait) and caught a lot of fish out there. I’m talking like 40 fish with 14 scorable bass over the first two days in one little area, but I never caught anything over 4 pounds.

“My big fish pattern was flipping a 6th Sense Stroker Craw in super thick vegetation, but it was way less consistent. I had zero bites flipping my first day and only caught one in my Elimination Round but it was a 6-pounder, the biggest fish I caught all week. I knew if I were to catch a giant, it would likely come flipping that big weight. ”

When the final period of the Knockout Round ended, Matt had fallen a little short of advancing to the Championship Round, but he was at peace with his decision making. Lee was also extremely happy with his Quantum rod and reel setups last week, explaining that nuances in his equipment helped him milk his patterns for all they were worth.

“I was using a Smoke S3 reel for both cranking and flipping, but the differences in speed was super key,” Lee said. “The slower 6:1:1 ratio for my cranking reel helped me slow my retrieve down and keep my crankbait in the strike zone for as long as possible. I never once got bit after my plug would dig into the grass, not even after snapping it free; I had to be just barely ticking it over the top of the hydrilla.

“For flipping, you can’t beat the high speed 8:1:1 Smoke S3. I want to be able to pick up line as quickly as possible when I’m punching thick vegetation and that reel is a workhorse for it. Whether they run out of the cover right at me or I need to keep them pinned against the mat that flipping combo gets it done.”