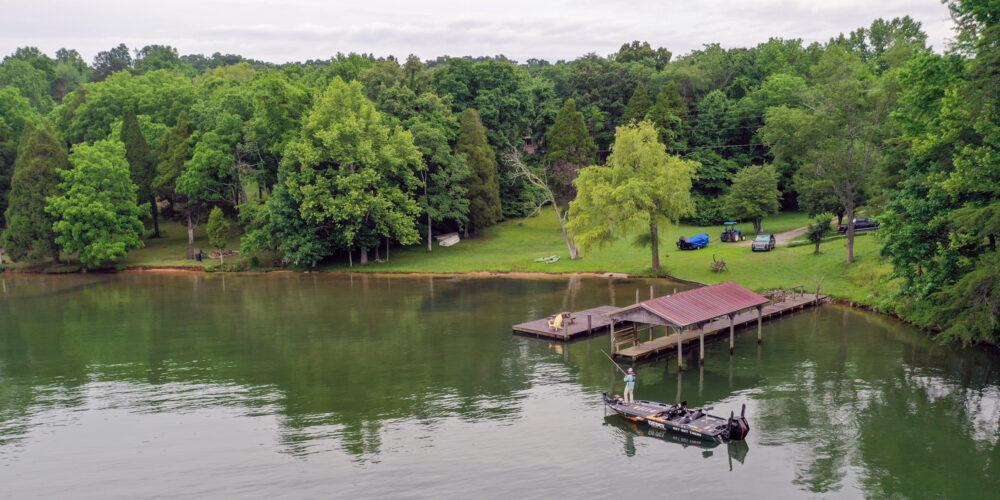 SPRING CITY, Tn. – The stage is set for the General Tire Stage Five Presented by Covercraft as Watts Bar Lake takes its turn in the spotlight. Just one lake downstream from Lake Chickamauga on the TVA chain, Watts Bar is a relative unknown to fishing fans. This event will be the biggest professional tournament ever held on the lake.

There are eight East Tennessee anglers fishing this week who have some level experience on the fishery, including Wesley Strader, who gave his predictions for the event to go along with notes from two other anglers after two days of practice.

The “W” on Watts Bar

Strader calls Spring City home and he’s hoping his home lake shows out this week to help put it on the map for his hometown’s sake, but he says the lake has been on a downward cycle in recent years.

“It’s still full of fish, but not as many big ones as we once had,” said Strader, who finished 12th on Day 1 with 15 pounds, 12 ounces. “There are a lot of 2- and 3-pound fish, but we won’t see the giants that we would if we were on Chickamauga. We might see some 5- and 6-pound fish, but I don’t expect to see one any bigger than that this week; they just haven’t shown up the last few years.”

While he’s not expecting big bass, Strader believes the field will find success with multiple techniques.

“It’s going to be a deal where you can do just about everything and catch fish,” he said. “Guys will catch them offshore cranking, some fish will be way up shallow and others will be in between. It should fish pretty good and guys will be able to spread out and do their thing.”

“You can get a lot of bites, but they’re small fish,” said Mercury pro Jeremy Lawyer. “The only places I found with groups of fish were like fishing in a nursery with 10-inch fish, which is rare for offshore fishing on the Tennessee River. It’s a good thing our minimum weight is 1-8 for this event because 2-pounders are rare and 3-pounders are like gold. It hasn’t been easy for me, but these guys are the best in the world, and I might be surprised at what they catch. I could be missing the boat on what to do here.”

“It’s not hard to get bites out there, but catching scorable fish is the problem,” admitted Mercury pro Luke Clausen. “There are quite a few 12-inch fish out there, and I will be relieved when I catch my first fish that weighs over 1-8 during the tournament. It’s not been easy to catch one that big, for me at least. They’re also in all sections of the water column so you don’t really know where to start. I plan to fish both shallow and deep, it will be a little of everything for me this week.”