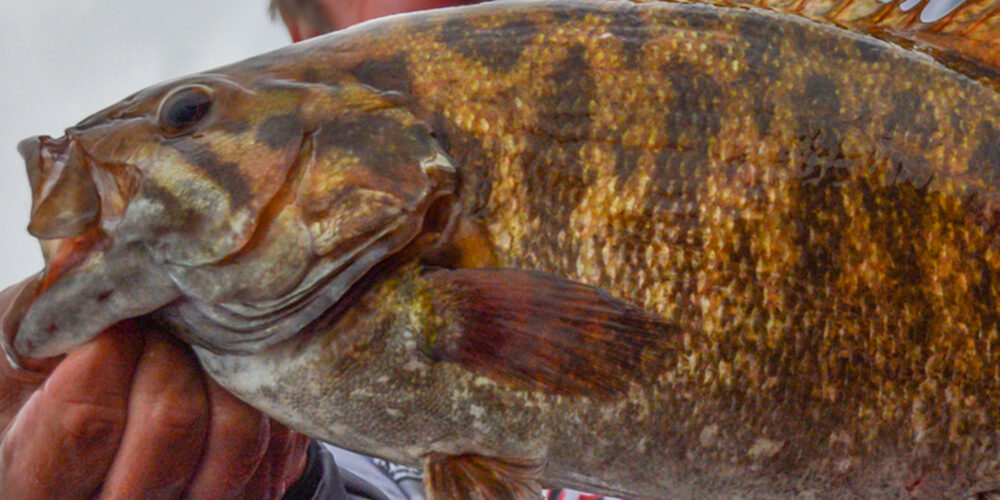 The 2022 Bass Pro Tour season will conclude Sept. 10-15 at Mille Lacs Lake, Minnesota, Bally Bet Stage Seven Presented by Minn Kota. Although Mille Lacs is one of the best smallmouth bass fisheries in the world, it has hosted only a handful of professional-level bass tournaments, and none of the anglers in the 80-man BPT field hail from Minnesota.

Because of this, local knowledge and experience with the fishery are relatively limited and Stage Seven is truly anyone’s ballgame.

Many of the anglers in the field fished two of those pro events, a pair of Bassmaster Elite Series post-season events in 2016 and ’17. Among those is Oklahoma pro James Elam, who had the best success (he finished second and fifth in those events).

Mille Lacs is a destination fishery, with anglers traveling from afar to sample the excellent smallmouth fishing. Many of those anglers book with Josh Douglas of Josh Douglas Fishing Guide Service, who guides the lake between tournaments and in the offseason.

Elam and Douglas shared their insights on the fishery and what we can expect as we head toward the season’s conclusion.

Mille Lacs, or “a thousand lakes,” is the second-largest lake in Minnesota, a state known for its 10,000 lakes. While Mille Lacs is a massive body of water, it’s a relatively shallow lake with a maximum depth of just over 40 feet. It’s a large bowl filled with glacial rock deposits that are the perfect habitat for smallmouth bass.

The lake spans over 130,000 acres and is known to get rough, as there is hardly anywhere to hide from the wind. Anglers fishing Stage Seven will have to consider the wind and try to locate multiple areas on the lake protected by different shorelines.

Smallmouth are the primary target and will make up a bulk of the catch and angler attention, but there’s also a population of largemouth that go largely ignored by locals and anglers traveling to catch a smallmouth bass of a lifetime.

Things happen fast in northern climates as seasons are condensed and defined by water remaining open. According to Douglas, the prespawn, spawn, and postspawn all happen in rapid succession, and it includes late summer.

“Right now, we’re in the dog days of summer, but fall is coming quickly,” he said. “When the tournament starts, the nighttime lows are dipping into the 40s, and that will get things moving. Summer is the most difficult time to fish because the water gets stagnant and visibility goes way down because of the algae. We’re on the cusp of getting out of that, which should bode well for the guys because the clear water will get the fish fired up.”

In addition to the cleaner water, Douglas says that perch and smallmouth begin to group up in late summer/early fall, and the fishing could be lights out.

“If it clears up, it will allow guys to catch them any way they want to,” he said. “It’s a time when you don’t have to know the lake well and can get around fish much faster.”

There could be many different patterns in play at Stage Seven, but expect some proven smallmouth techniques to shine, according to Elam.

“The drop-shot and Ned rig will be some of the main weapons because they are so efficient at catching smallmouth everywhere,” Elam said. “I could also see some other stuff like stroking a heavy jig in deeper water being a good way to catch them. The last time we were there, guys were also catching them on jerkbaits and ChatterBaits and this event is almost the same dates in September.”

Douglas believes the techniques will run the gamut and adds that electronics will again be a significant part of the tournament.

“I think it’ll be everything from topwater in 2 feet of water to guys fishing way out deep,” he said. “I believe using forward-facing sonar will be a big part of this event. This is a perfect lake for it.”

As a testament to the excellent fishing quality, Douglas sets goals for each guide trip to catch 20 bass, have the best five weigh over 20 pounds and land one fish weighing more than 5 pounds. It happens regularly and he says the lake is full of 4-and 5-pound smallmouth, with the possibility for even bigger fish.

“It’s not a numbers lake, this is not a place where you just run around and get bit,” he said. “There are not a lot of 2-pound fish, but it’s chock-full of 4-pound and bigger bass. If someone can catch 20 bass in a day, they’ll have a big ol’ bag and it will be like what Justin Lucas did at Cayuga the first day at the last event.”

Looking back at his success at Mille Lacs, Elam recalls catching quite a few bass each day but also laying off his fish when he reached big five-bass limits. Because of this, he’s unsure how much it will take to have a good day.

“In a five-fish limit, once you have over 22 pounds or so, it’s hard to improve much with smallmouth, so that’s when I would stop catching them,” said Elam of his 2016 and 2017 events. “My goal this week is to catch 20 fish daily, which I believe will be solid. Most of those will be between 3 and 5 pounds, so the weights could be very high.”

Two factors to consider for this event are the weather and the presence of largemouth. Because of the lake’s vastness, wind dramatically affects where an angler can fish effectively. Largemouth also are virtually untapped as most anglers launch their boats with bronzebacks in mind. These are two things to pay attention to going into the event.

“This place gets rough, it’s a big water lake,” Elam said. “It’s open and seems really flat because it’s just a big bowl with no creek arms to run into to hide from it. You must practice all over the lake and prepare for wind from each direction.”

Aside from just the windy conditions and how they affect fishing, Douglas said water clarity and boat noise are two other adverse side effects.

“A lot of wind will dirty it up quickly and hurt fishing in those areas,” he said. “It’s also much harder to be stealthy with waves slapping your boat. You have to play the wind here and the good thing is, the full circle around the lake is good and all holds quality fish.”

Neither Elam nor Douglas has spent time targeting largemouth on Mille Lacs, but both think they could show up on SCORETRACKER® in bunches with the right conditions.

“I wouldn’t be shocked if someone does well with largemouth,” Elam said. “I don’t know much about them, but they live here. If everyone is out fishing for smallmouth in big winds, I think largemouth could be a player.”

Even though he lives next to the lake, Douglas doesn’t spend time with the largemouth but believes some anglers will.

“I’ve only made a few casts for them here in my life because there are way more 4-pound smallmouth than 4-pound largemouth here,” he said. “There’s also not a lot of largemouth water, except for some bays down south. But, I think they will play if someone can get on a good flipping bite and catch a bunch in a hurry.”