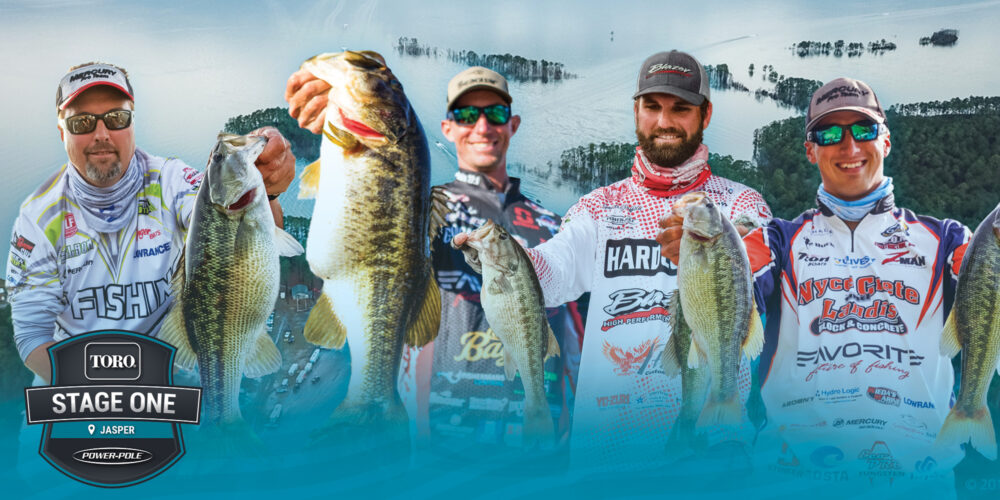 JASPER, Texas – This year’s roster of Bass Pro Tour anglers is made up of 75 of the anglers who competed last season, as well as five newcomers.

John Cox has joined the field as a full-time competitor, and the remaining four spots will be a turnstile of top finishers from the Pro Circuit. Based on last year’s Angler of the Year standings, Ron Nelson, Spencer Shuffield, Grae Buck and Matt Becker will be competing this week on Sam Rayburn as the 2021 season begins.

The reigning Pro Circuit Angler of the Year is ready for the chance to compete at Rayburn, and is excited to experience the MLF competition format on such a well-known big-fish fishery.

“I’m excited it’s at Rayburn, the fishing should be excellent,” Nelson said. “I had a blast fishing this format in the TITLE last year (in Sturgeon Bay). It’s a completely different format, but I’ll still target the biggest fish I can find. That weight will add up a lot faster that way.”

Is Nelson feeling any pressure competing against a new group of anglers?

“No, it’s actually the opposite,” he says. “This is all a bonus and there are no (AOY) points involved.”

Spencer Shuffield has built a career by staying consistent. Even back to his co-angler days (2007 to 2011), Shuffield was frequently near the top of the points standings at the end of the season (highlighted by his second-place finish in the 2020 Pro Circuit AOY standings).

He’s a fan of the every-fish-counts format and thinks it fits his style perfectly.

“I’ve always been someone who tries to get around a lot of fish instead of just getting a few big bites in a day,” he says. “Part of that is always trying to get a check in the Pro Circuit events and not just going for the win every time, and risking striking out. Plus, when I go fishing, even for fun, I want to catch as many fish as I can in a day.”

Shuffield believes that Sam Rayburn will produce plenty of fish catches. He’s also excited to see how he stacks up against the Bass Pro Tour field.

“It should be a slugfest, and I’m looking forward to it big time,” he says. “Looking at the group pairings and all of the names of the anglers and what they’ve accomplished is pretty cool. I fish all the time and don’t get intimidated because I’m fishing against someone, but golly, It’s amazing!”

Grae Buck’s lone experience in the MLF format at the 2020 TITLE could be labeled a success: He finished seventh in the event and had one of the most impressive performances in the Qualifying Rounds with a 3 ¾-pound average on 17 smallmouth on Day 1.

“Fortunately, I was on a bunch of fish there and didn’t really have to experience too much pressure from watching SCORETRACKER® for most of that event,” he says. “Except for the last day – that was a head game. It’s a completely different game, but it’s still fishing.”

Buck caught his personal-best bass at Sam Rayburn last year during the Pro Circuit event, a 9-8 he caught on an Evergreen Z-Man JackHammer ChatterBait.

Pennsylvania’s Matt Becker will be rooming with Shuffield and Buck at Sam Rayburn, and like the other three, he’s excited to see how he stacks up against the Bass Pro Tour field.

“I just hope I don’t suck,” Becker jokes. “I’ve fished against a lot of these guys in the Super Tournaments last year, and I’m excited about the opportunity. This format really fits my style because I’ve always been a guy that tries to catch as many as I can in a day to move up to a big bag. I’ve been to Rayburn two times and caught them pretty well both times, so I like that I’m here for this one.”