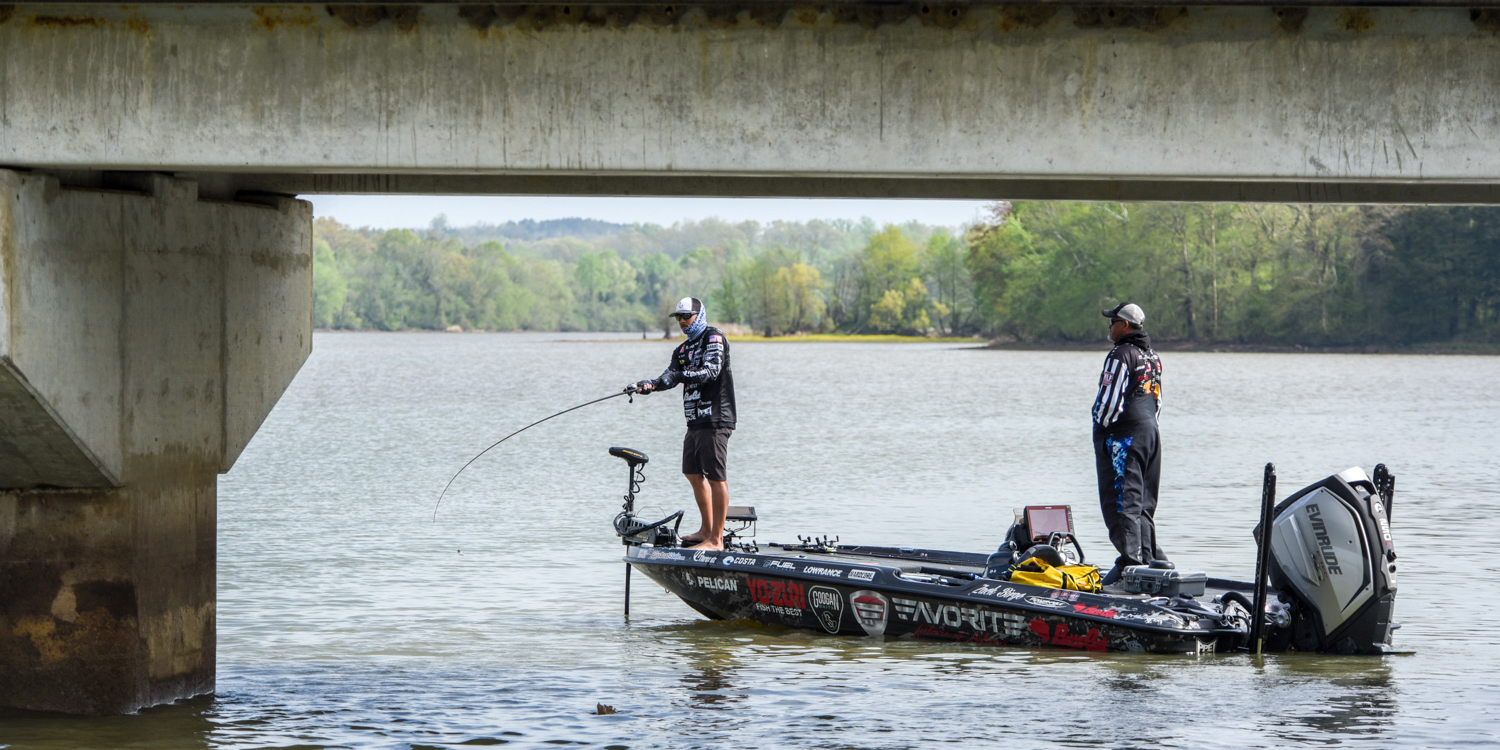 Under a new rule, anglers like Zack Birge - who won his Elimination Round at Stage Four - will go straight to the Championship Round. Photo by Garrick Dixon

It’s a change that quietly made its way into the 2020 MLF Official Rules, Page 1, Subsection 8, Line 4 (describing Qualifying Round competition for the Bass Pro Tour): “(The) top MLF angler in cumulative two-day weight total advances straight to Championship Round.”

This new “automatic qualification rule” – which advances the winners of the 40-angler Qualifying Rounds 3 and 4 (formerly the Elimination Rounds) to the Championship Round of each event – may have been a simple, 14-word addition to the MLF rulebook, but the influences on competition in the early rounds of Bass Pro Tour events could be profound.

Refocused Urgency at the Top

One of the most compelling evolutions of the Bass Pro Tour in 2019 was the urgency of the competition in the middle of the 40-man pack – the dreaded Elimination Line, which separated 20th and 21st places in the Elimination Rounds (the last man into Knockout Round competition, and the last man out).

Some of the most spirited, intense, viewer-friendly moments of the 2019 season came as a result of the live-streamed drama among anglers battling to survive elimination (Brett Hite’s “That just happened!” moment at the end of Elimination competition at Stage Two Conroe, for example).

But while Elimination Line anxiety was high at most of the eight Stages, the urgency at the top of SCORETRACKER® was sometimes lacking, because anglers who hit it big and built large weight cushions in their first rounds often laid off their best spots and patterns on Days 3 and 4 in order to practice for the Knockout Round.

Now, with a 1-in-10 shot at a trophy and $100,000 payday up for grabs on both the third and fourth days of Bass Pro Tour competition, you can anticipate renewed urgency at the top of SCORETRACKER® in those rounds.

“We had some guys do some spectacular things on Days 1 and 2 (in 2019), and then they’d end up stepping off the gas if they were way ahead going into Days 3 and 4,” Kelly Jordon admitted. “In our 2019 round structure, winning an early round didn’t really do anything for you. If you were winning in a landslide and were safe (from elimination), there was no reason to fish your best stuff – you wanted to try to save all that for the next round.

“But now, winning those rounds is a big deal. If you have a chance to make it straight to the finals and there are other anglers creeping up on you, you have a pretty compelling reason to be firing on all cylinders at all times.”

Escaping the Knockout Round “Jinx”

Finishing first in an Elimination Round on the 2019 Bass Pro Tour was somewhat similar to the Sports Illustrated and Xbox Madden NFL “cover jinx”: it was an honor to earn the No. 1 spot, but it was far from a guarantee of success to come.

That included some notable Day 1 and Day 2 performers who smashed ‘em in one of their two first rounds of competition (or both), only to see those performances go for naught in the Knockout Round:

The average overall finish of the 17 Elimination Round winners in 2019 was, ironically, the “last man out spot”: 21st place.

“The way our competition is structured, it’s a little bit of a war of attrition,” Jordon observed. “You’re just trying to make it to the next round and move forward. Advancing a winner out of Days 3 and 4 is a reward for winning – for smacking them in the early rounds. If you win one of those rounds, it means you get a couple of days off to rest well, to have your tackle dialed in, and to get yourself prepared to compete for a championship. There’s a payoff. I think it’s a great development for our competitions.”