Now’s the time for ripping a lipless crankbait, according to Roy Hawk 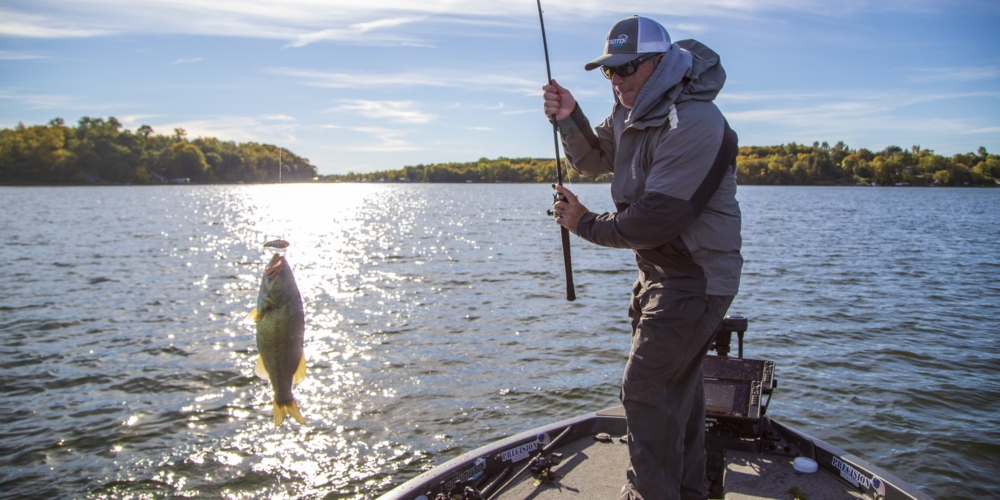 The lipless crankbait is one of the most iconic lures in bass fishing. It’s a good bet that almost everyone reading this article has a box full of them because of how well they work, and how long they’ve been popular.

Arizona pro Roy Hawk certainly has his share of lipless cranks – they’re among his favorite and most dependable lures in the late fall and winter. Hawk fishes them with a lift-and-drop type “ripping” retrieve, pulling the bait to him and letting it vibrate on its way up and then letting it slowly fall, similar to how anglers fish metal blade baits. This is the bait’s attraction as it shimmies, shakes and drops like a dying baitfish, making it an excellent option for colder water.

Timing the bite and where to fish them

Fishing a lipless crankbait like this can be done just about anytime, but it excels when the water temperatures drop.

“I usually start using it in the fall when the water drops to around 60 degrees and you can fish it until the water freezes,” Hawk said. “In Arizona, we don’t have that problem, and I’ll use it all winter until the bass start to think about getting on beds in the spring. It’s something I’m very familiar with, and I love doing it. I wish there were more opportunities to use (a lipless) in big tournaments.”

There are multiple different locations and situations where Hawk will fish a lipless crankbait this way.

“I like to look for little ledges, rocks, all different types of grass, basically anything that could congregate fish when the water is cold,” he said. “They’re also great around brushpiles, but that’s tricky because you hang up a lot. But if you hit it right, you’ll be rewarded. If you get snagged, oh well, go get it back with a lure knocker. But it’s worth a cast.”

The biggest key, according to Hawk, is having a pulse on what the bait is doing at all times. Some lures are primo for the rip-and-pause retrieve, and Hawk definitely has his preferences.

“Fishing this way is all by feel,” he said. “Cast it out, let it fall to the bottom, lift your rod and let it fall on a slightly slack line. You want it to fall naturally, slowly gliding back down before you snap it up again, I never want the bait to collapse and fall on the bottom. A lot of bites come right when you lift it back up and it feels like a jig or Texas rig bite.”

When fishing deeper than 10 feet, Hawk likes the Lucky Craft LV 500 or Duo Realis G-Fix Vibration Tungsten, both 3/4-ounce models. Each has a thin profile and the weight that Hawk prefers.

“They are small and compact, but heavy,” he said. “When fishing deeper water, I like something that falls fast and has a tight wiggle when you’re fishing it. The Duo version is cool because it’s almost a cross between a lipless and a blade bait because it’s so thin.”

“The reel may seem a little fast for a reaction bait, but the whole retrieve is with the rod,” he said. “The faster reel is just for picking up the slack and burning a bait back in to untangle if it gets foul hooked, so you can make another cast. The rod is fairly stiff and powerful but has a deep bend when it loads up.”

Hawk’s setup is designed for efficiency and he carries that over to boat positioning.

“I’ll always be casting directly into the wind or fishing with the wind right behind me,” he said. “You never want to be fishing it sideways into the wind, especially in deep water, because you won’t be able to feel the bite. Line up before you make your cast, it’s a huge deal with this technique.”