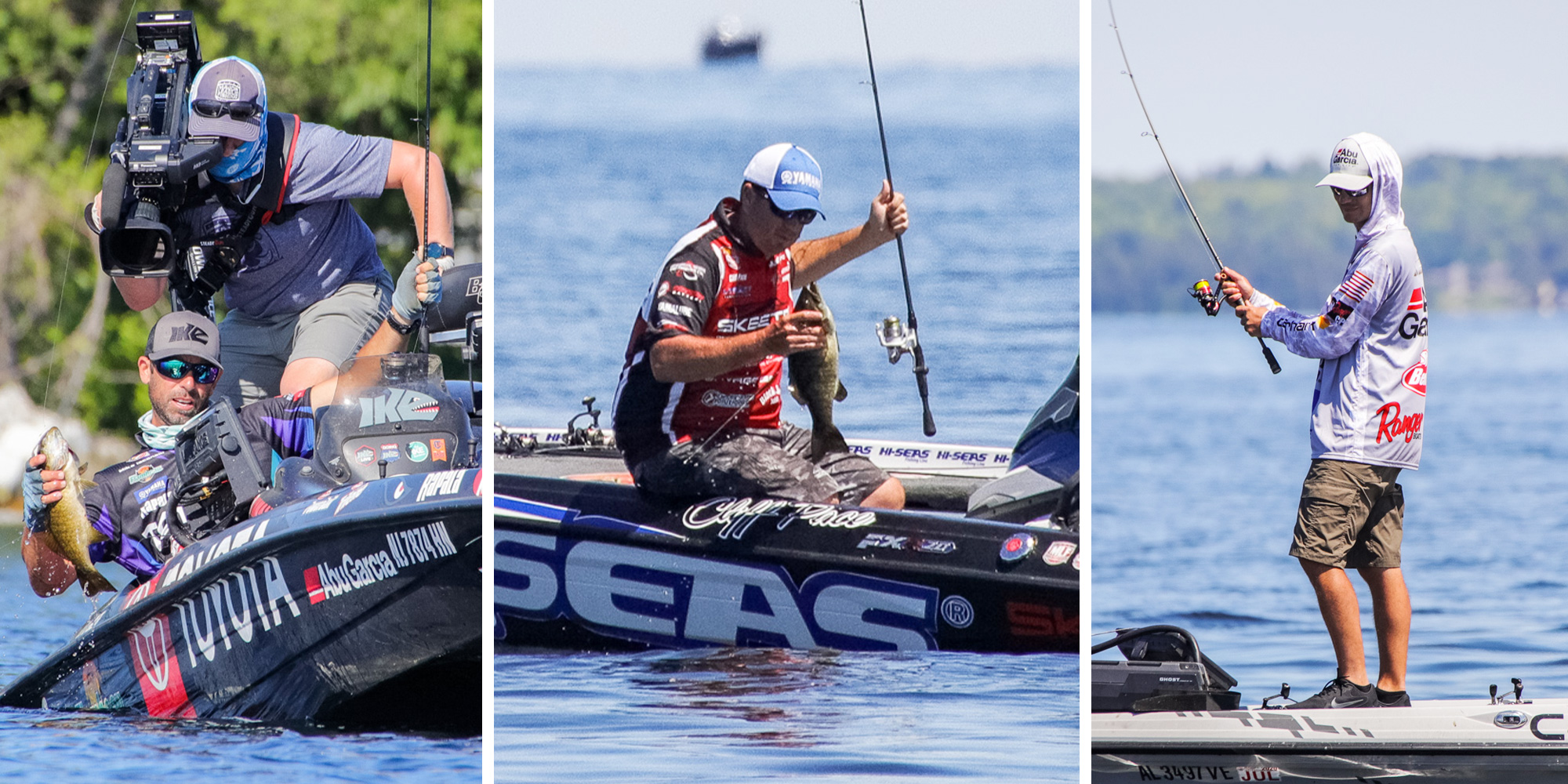 STURGEON BAY, Wis. – Today was a wild one at the Covercraft Stage Five Presented by Abu Garcia. As first-day leader Keith Poche struggled throughout the first half of the day, a trio of anglers made big runs and took control of SCORETRACKER® at different points in the day.

But Poche wasn’t done and made it interesting late. He held the lead for less than a minute before Pace answered by catching another fish. In the end, Pace won the round and will advance straight to the Championship Round.

Further down the standings, it was just as crazy. Jared Lintner caught nearly 120 pounds and went from 36th to sixth. Ish Monroe also made a big move, going from 33rd to 15th on the strength of an 82-02 catch.

If anything was learned today, it’s that everyone has a fighting chance in this format and on this body of water.

“I’m one happy man, it was an awesome two days,” Pace said. “The biggest thing is getting a Top 10.”

Pace found one flat with key areas that would produce fish, including a “magic rock” that produced several smallmouth bass.

“On the Great Lakes, there are so many variables with Mother Nature, so it feels great to get the automatic Top 10,” Pace recapped on MLF NOW! “You never know what the wind will do, so there’s no guarantee that I could even fish this area again tomorrow.”

After going nearly four hours without a scorable bass to start the day, Poche made a valiant effort to regain the top spot. He fell up a bit short but finished second with 165–11.

Around midday, Jordan Lee made some major strides toward claiming the 2020 Bass Pro Tour Points Champion. After Fletcher Shryock fell out of contention this week, Lee’s closest competitor became Jacob Wheeler, nine points behind him.

A Championship Round appearance will greatly help Lee’s chances, but it will have to wait at least another day to decide the race. Lee finished third with a two-day total of 155-4.

Lintner started the day in the bottom five and fished a completely new area to start the day as he rose to sixth place.

“I went to a place I’ve never been and caught a few. I kept fishing and got close to an area I found a few in practice,” Lintner recalled. “When I went over there, it looked like the bottom was moving. There were fish everywhere: bass, walleye, and drum swimming around all over the place.”

Linter is grateful to have found this area but doesn’t know what will happen if the weather changes.

“It’s a shallow spot, so I don’t know what will happen if it gets windy. But I am going to live or die there tomorrow.”

Monroe made a similar adjustment and tried something new.

“I found an area with tons of baitfish on my Lowrance and the smallmouth bass were there. I sight-fished them all and get to live another day,” shared Monroe.

The top anglers from both Groups A and B (minus Justin Lucas and Cliff Pace) will vie for the top eight positions to earn a shot to fish the Championship Round.

After a beautiful day today, the weather is set to change. Winds are predicted to rise to 15 miles per hour. The forecast calls for partly cloudy to cloudy as the day progresses.

Watch all three periods of competition during MLF NOW! live stream July 10-15, beginning at 7:45 a.m CST. Watch for free on MajorLeagueFishing.com, the MLF app or MyOutdoorTV. The General Tire Takeout show starts at approximately 4:05 p.m. CST after each day of competition.