PATTERN INSIDE THE PATTERN: Connell Strategized, Studied His Way to Win on Mille Lacs 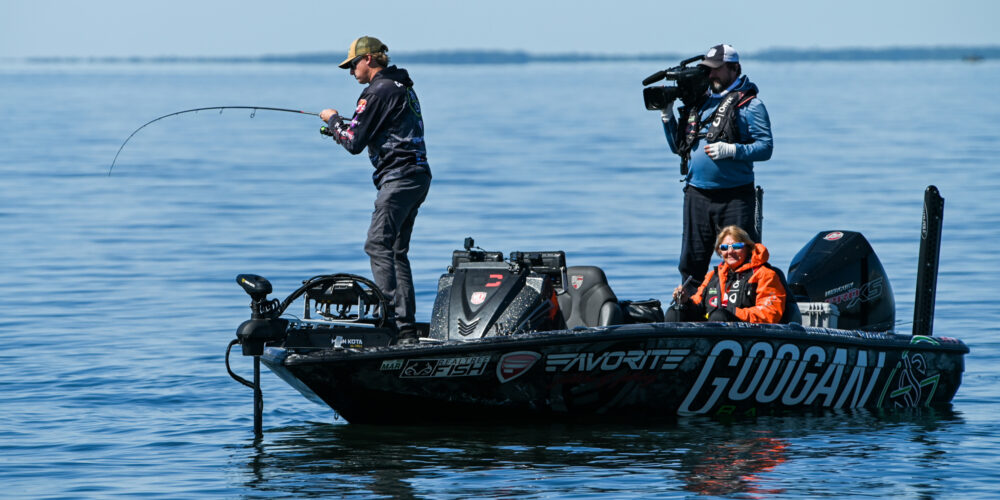 Dustin Connell pulled off his third victory of the 2022 MLF Bass Pro Tour season with a win at Mille Lacs Lake at Bally Bet Stage Seven Presented by Minn Kota. Unlike his previous win on Cayuga Lake, where he discovered a surprise smallmouth bass bite, this victory didn’t come with any surprising pods of monster smallies. Mille Lacs is loaded with quality smallmouth and everyone fishing the tournament knew they were the key to winning.

In picking up his third Bass Pro Tour win of the season, the Mercury Pro Team angler relied on extra time on the water and long-term strategy to outlast his competition in Mille Lacs.

“The time and effort I put into this profession is so important for a win,” Connell said. “Mille Lacs was so much tougher than Cayuga because everyone here knew smallies were what would get you the win. There are just so many 4- to 5-pounders in Mille Lacs. It’s an amazing fishery for sure, but my time studying and learning this lake was what took me over the top.”

Mille Lacs Lake is a relatively shallow (yet massive) body of water covering over 130,000 acres. Because of the size and shallowness of the lake, it can be a blessing when the wind blows, or it can also blow out your fishing opportunities.

Connell made sure that no matter the conditions, he’d find enough areas to make sure that he’d be able to have enough fish all the way through the Championship Round.

“Wind is a big, big factor on Mille Lacs,” Connell said. “Everyone fishing knew all about fishing isolated boulders and grass flats. They all knew what to do. The only way I could differentiate myself was to either outwork them, or find a lot of sneakier areas than anyone else.

“I drove up 18 hours (from Alabama) to pre-fish Mille Lacs. Two days of idling, wind blowing hard, and over four total days, I found a lot of stuff. I showed up for practice and put in the work. No matter the direction wind blew, I had stuff to do well.”

Sticking With a Game Plan

Heading into the qualifying rounds, Connell stuck with his basic game plan of using his electronics to find the cover and fish to offer his drop-shot to. But unlike the rest of the field, Connell held back a bit and made sure he had enough fish for the Knockout Round and then the Championship Round.

“I knew Alton Jones would win the Qualifying Round,” Connell said. “I had done enough work to be able to practice all day on the second day for the Knockout Round. I just kept adding areas to fish. I did the same in the Knockout Round, prepping for the Championship.

“I don’t care about winning rounds. I always plan a tournament for championship day. I look at championship weather and plan ahead for that. I visualize myself in the Championship Round. If I do make it, I have to have the stuff to fish, so I keep finding more and more.”

When the final day came around, Connell knew he wasn’t going to have a spectacular morning bite. In previous rounds, most of his fish showed up a little later. This held true on the final day.

“I knew I wasn’t on an early morning bite to be able to compete with the other guys,” Connell said. “I just had a ton of sneaky isolated stuff that got better later. If I could survive the initial blows, and play some defense, I knew my offense would win. But for my first period, I only had 13 pounds, the worst start of the event for me.

“I went straight into kill-mode overdrive after that. I knew I had to make something happen. If you believe and visualize, you can make it happen. It’s subconscious, it just happens. ‘Run this, run that.’ I found extra areas I needed to win.”

Another key element for Connell was finding a population of bass that rarely saw a lure.

“One of the biggest things for me is to find the 80% of bass that many shallower water anglers never fish for,” Connell said. “I think 20% of the bass are on the bank year-round; about 80% never see a lure. When you find them deep, you find the mother lode.

“I fished the 15- to 20-foot depths, while many of the other anglers fished shallower. The depth was the key. Also, when I did drop my lure on them, I just let it sit. That’s what they wanted. Then, I got them in as quickly and efficiently as possible. Every second counts out there.”

In the end, Connell’s efficiency and work during pre-fish, practice and during the tournament days earned him the big win and money, squeaking past David Walker by 4 ounces.

“I feel more gratitude for this tournament than others,” Connell said. “I made the right moves, had the right times, and made the right calls. I had to really outfish these boys. I’ve slowed down and matured. I understand so much more now and have greater confidence. Confidence is everything in sports.”