PRACTICE PREDICTIONS: How is the Kissimmee Chain Fishing? And How Big is “Big” This Week? 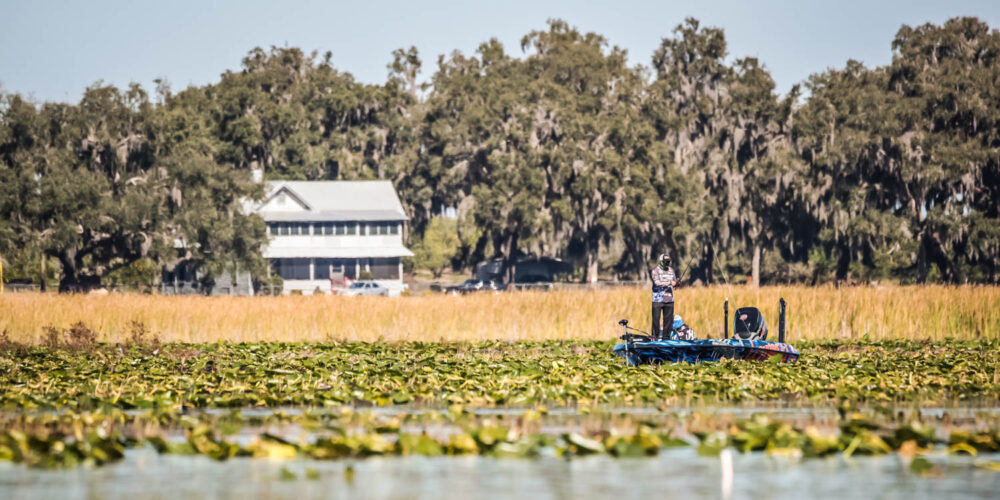 After two days of practice on the Kissimmee Chain, the field has some predictions about how Heavy Hitters will play out. Photo by Josh Gassmann
June 6, 2020 • Tyler Brinks • Bass Pro Tour

KISSIMMEE, Florida – The Bass Pro Tour is back in action this week for Toyota Heavy Hitters Presented by Venmo, on Florida’s Kissimmee Chain of Lakes. With $200,000 of the $745,000 prize pool reserved for big-bass awards, that added incentive for catching big Florida largemouth is undoubtedly going to change the game plans of some anglers.

Here’s a rundown of practice from several anglers after they wrapped up two days of fishing on the Kissimmee Chain.

“It was slim and grim for me and it was one of the worst practices I can remember. I spent most of my time just trying to get bites,” Connell shared. “The water is low, there’s been no current, and it is hard to get one over two pounds. If I find myself struggling, I’ll change up and try to go for a big one.”

“It was much slower that I anticipated when I came down here because the recent tournament results show that they’ve been catching them pretty good,” Neal said. “That either means I didn’t figure it out or the bite has changed.”

“It was pretty dang tough,” Jones said. “I had three scorable bass yesterday and 11 today. I still think there will be some big ones caught, though.”

“It was ‘so-so’ for me, but it feels great to be fishing again. That has me excited about the week,” Sprague said.

“Yesterday was pretty fun and I caught quite a few on a variety of baits and they were all solid scoreable bass,” Hawk said. “With all of the rain today, it shut things down and I struggled. I think the pace this week will be much slower than normal because of how the fishing is, the 2-pound minimum, and some guys strictly targeting big bites.”

What’s it going to take to win one of those bonuses?

“I’d say it will be at least a 7-pounder each round, but who knows? A high 5-pounder might win it one round,” he said.

“I’m going to guess that it will be at least an 8-pounder to win the big bass money,” he predicted.

“I think you have to be in the 7s to even think about winning for the round,” Crochet believes.

“I’m going to say a 7- or 8-pounder. I never caught any real big ones but did see a few caught by some local anglers,” he shared.

“I wouldn’t be surprised if it takes an 8-pound or better fish, but it might be high 7s. This place gets tons of pressure and has been pretty beat up with everyone fishing right now,” Sprague predicted.

“It is possible that it only takes a 6-pounder on the small side and a 9 or 10 on the high end. If you don’t have one over 6, you won’t even have a shot,” said the Arizona pro.