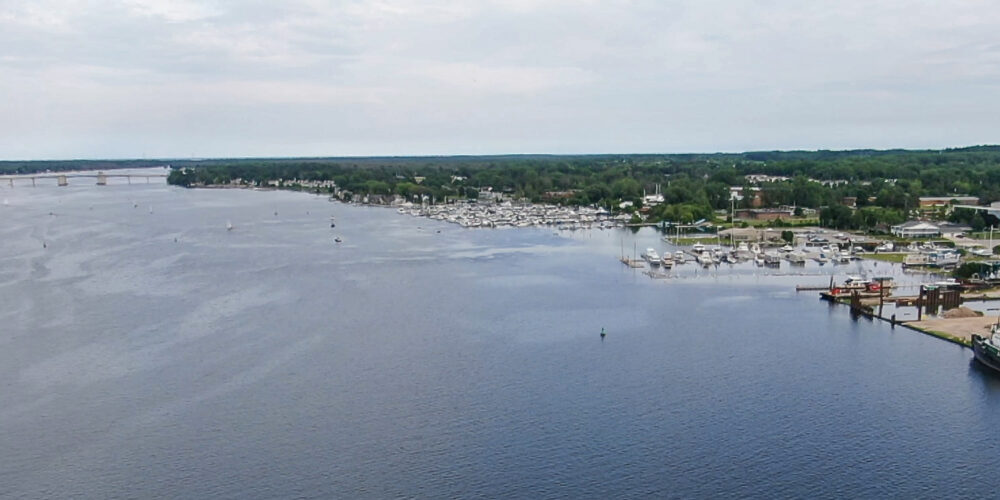 The consensus among the anglers in Sturgeon Bay, Wisconsin, for the Covercraft Stage Five Presented by Abu Garcia is one of uncertainty. Big smallmouth live here, but how the event will play out is still a mystery.

The Great Lakes present a unique set of challenges, and weather on Green Bay and Lake Michigan is sure to play a significant role this week for the 80-angler field.

Here are some thoughts from anglers as they wrapped up their two-day practice.

Bryan Thrift is one of the world’s best anglers, but if there is one Achilles heel for him, it’s the Great Lakes. In his illustrious FLW career, he recorded 68 Top-10 finishes, but just two (a 2019 Toyota Series on the St. Lawrence River and 2018 Tackle Warehouse Pro Circuit on Lake St. Clair) were on Great Lakes smallmouth fisheries.

“I don’t get along with the Great Lakes,” Thrift admitted. “They don’t like me, and I don’t like them. So, to answer the question, my practice has not been very good. I see plenty of fish and they stare at me and I can’t get them to bite. That’s pretty much how it always goes when I come here.”

Oklahoma’s Jeff Kriet believes the fishing might be excellent if the conditions align.

“(Day 1 of practice), I had a really good day. I found some fish and didn’t jerk on a whole lot of them but caught a 5-pounder and shook a bunch off in one little area,” Kriet said. “The biggest thing will be the wind – if I can get out there and fish, I’ll catch them. I wouldn’t be surprised if someone catches 100 pounds in a day because it’s possible here.”

“Obviously, there are a bunch of fish out here, but practice didn’t go exceptionally well,” Morgan said. “You can get bit everywhere you go, so I really don’t know how practice went. If you stick around in an area long enough, you’ll catch some.”

South Carolina pro Casey Ashley has joked about his rocky relationship with smallmouth, and said that this week feels like more of the same.

“The bite felt very scattered, and there’s a lot of water to cover in two days of practice,” shared Ashley, who is thankful that MLF adopted a trailering policy that allows anglers to launch their boats wherever they choose if it’s within the competition boundaries.

“The one good thing going into this is that we have the trailering policy, so we were able to scout more water. I launched at four different ramps during practice and I think that will give anglers more space to fish.”

Mark Daniels, Jr. was one of the few anglers who admitted that fishing is pretty good right now.

“It was good, and there are a lot of quality fish out there,” Daniels said. “I can see someone catching 80 pounds the first day. Guys are going to catch them in a variety of ways and both shallow and deep. You’re going to see a lot of spinning rods due to the conditions.”

Daniels also likes his chances for the event.

“I absolutely love fishing for smallmouth this time of year, because I like how they set up,” said Daniels. “I think you’ll see a lot of fish in the 3- to 4-pound class get caught this week.”