RANDY HOWELL: A Big-Fish Week to Remember for Laker and Me! 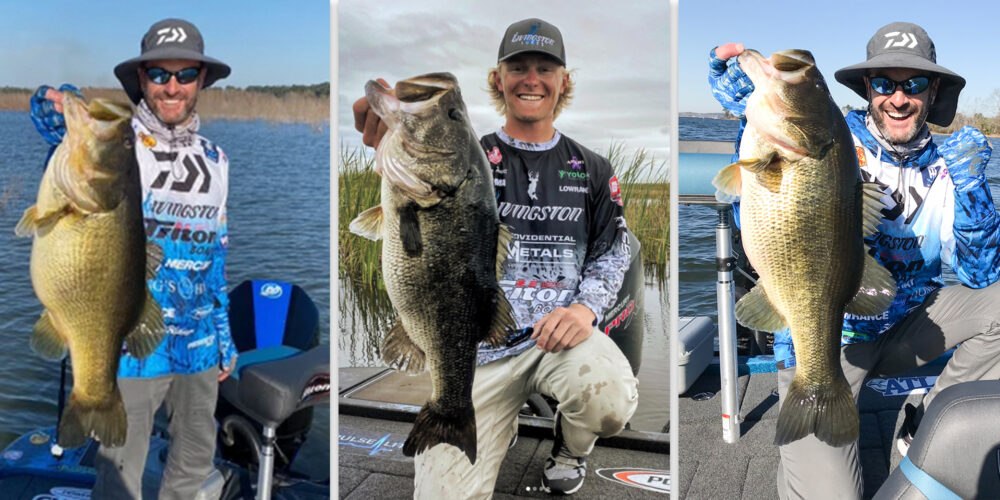 It’s been a great start to the year on the Bass Pro Tour, with many anglers catching double-digit bass and setting new personal bests. I’m blessed to be part of that group and was able to break my own record bass on consecutive days in Louisiana, just a few days after my son Laker also caught his personal best in Florida.

Laker is fishing the Toyota Series and trying to qualify for the Tackle Warehouse Pro Circuit, and started the season on Lake Okeechobee. He had a good week and finished 11th right when we were beginning practice on Lake D’Arbonne.

After the tournament, he and our good friend Andrew Nordbye from “Fishing with Nordbye” on YouTube went over the Headwaters, and they hit it perfectly. There was no wind and the fish were just pulling up on beds. Laker caught his personal best, an 11 ½-pound fish on the first pitch to the bed with a Yamamoto Flappin’ Hog. Andrew also caught his personal best, a 12-1 fish.

The video of their day should be out any day, and I can’t wait to watch it.

Laker called me that night and was so excited, and I was excited for him because he caught such a big bass. It was bigger than my own personal best, a 10-8, and he didn’t rub that fact in too much. It was a proud dad moment that will never go away.

By now, you’ve probably seen some of the videos of the big bass from Stage One in Louisiana. Those lakes have some giant bass, and I can’t wait to go back. During the Knockout Round, I caught my personal best and Major League Fishing record, a 10-11.

That night, Laker called and was so happy for me. It was amazing that we caught such big fish, the biggest of either of our lives, just a few days apart. Toward the end of our conversation, he made a little jab with a comment: “That’s a great fish, Dad, but I still have the bragging rights in the Howell house.”

I laughed and said it might take me awhile to beat it because that was a giant.

The next day, I was on Bussey Brake for the Championship Round and struggled for most of the day, flipping and pitching trees all day long. Then, I hooked my 12-14 and beat my record. That was over a pound bigger than Laker’s, and I couldn’t wait to talk to him after we got off the water.

One of the first calls I got was from Laker and he told me his friends had been razzing him all day that his dad set the new big-bass mark for Major League Fishing and, most importantly, in the family. It was all in fun, and I told him he would have to step it up if he wants to beat that one. He’s a great angler and may do it, and I hope he can join me on the Bass Pro Tour one day.

We’ve been joking that Triton Boats needs to make a new ad about the Triton 21 XrT because of the week we’ve all had with it. There are only three of them on the tours and me and Laker are each running one and Bradley Roy has the other one. Bradley won at Bussey Brake and then set his personal best with an 11-11 on Lake Fork.

It’s been a crazy time for big bass, and I hope it continues. Laker and I have some work to do if we want to break our personal bests, but it could happen any time and that’s what makes bass fishing so great.