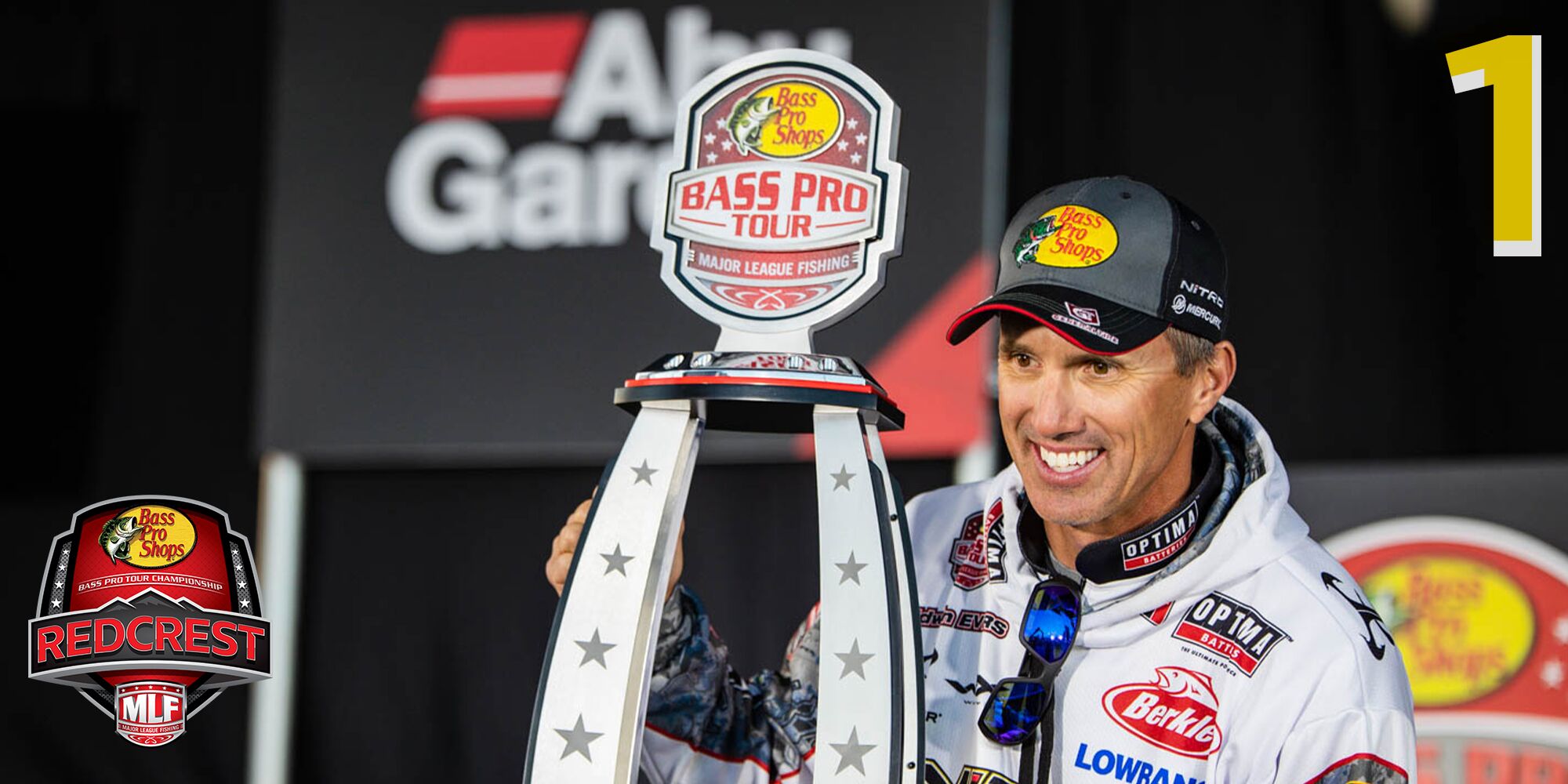 Edwin Evers took home the Points Championship this season and hopes for a REDCREST title to go along with it. Photo by Josh Gassmann

LA CROSSE, Wis. – It’s extremely difficult to win an Angler of the Year title, and no one knows that more than Edwin Evers. The Oklahoma pro had never won the award during his 22-year career, but that was before he took home the first-ever Points Championship on the Bass Pro Tour. Evers outlasted 79 of the top anglers in the world to win the award, something that was not as easy as Evers made it look.

“It takes everything you’ve got all season long every day,” Evers said. “You can work all season and it comes down to just a little bit that makes the difference.”

Down to the Wire

That “little bit” Evers is referring to is the 10-point difference between himself (510 points) and Jeff Sprague (500 points) for the points championship crown. The Race for the Points Championship came down to the fourth day of competition in Stage Eight in Neenah, Wisconsin. Evers was unable to qualify for the Knockout Round for just the second time of the season.

That gave Sprague a chance to edge out Evers for the title if Sprague could advance to the Knockout Round in Group B. Although Sprague gave it his best shot, he was unable to crack the Top 20, sending Evers home with the championship.

But in one of the biggest moments of his career, Evers wasn’t even paying attention to the action happening in Wisconsin. The Oklahoma pro was in his truck on his way home and on the phone with his father for about five hours while Elimination Round 2 was unfolding. Evers said he didn’t want to watch because of how nervous he was. When the news finally made it to Evers, relief and excitement washed over him.

“I’ll always remember that day at 3 p.m.,” Evers said. “Once I found out that Jeff didn’t make it, I knew that I had won it. All of a sudden my phone just started going nuts with congratulatory texts. It was just a really cool feeling.”

Ready to Go Against the Best

This season has been memorable for Evers, to say the least: from the high of winning Stage Two on Lake Conroe to the anxiety of learning that his home was hit by a tornado during Stage Five. Now, he’s just happy he was able to come away with a Points Championship against this stacked field on the Bass Pro Tour.

“I said coming into the season if a guy could qualify for one Cup event and REDCREST, then he would have a phenomenal year,” Evers recalled. “This is the best group of anglers ever assembled, no one can ever argue with that, period. It makes it that much more special to know that I won the Points Championship against those guys.”

The Stage Two Champion now sets his sights on the next challenge in front of him: 2019 REDCREST presented by Venmo. He’s been to La Crosse, Wisconsin for competitions multiple times throughout his career, but all pale in comparison to what he’s prepared to experience come August 21.

“It’s going to be a really hard event to win,” Evers said. “I’m going up against the best 29 guys from this season and it’s going to be a lot of fun. There’s not a slouch in this group and every one of us knows it. With only 30 boats on the water at a time, we’re going to really catch them I think. I can’t wait to get started.”