REDCREST 2019: Morgan “Proved Himself” in the Way He Knows Best 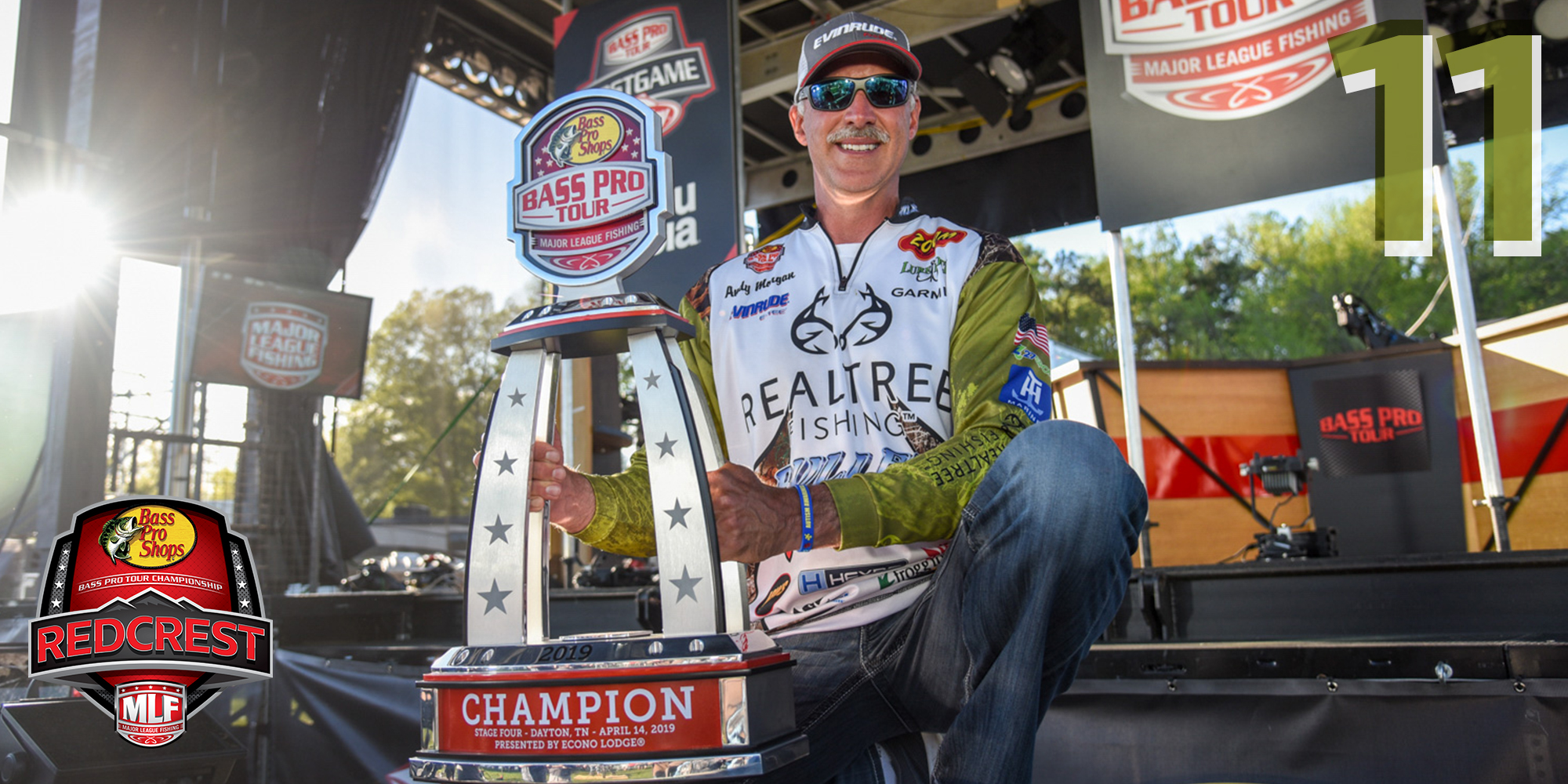 One would think a guy like Andy Morgan wouldn’t have to prove anything to anyone. Don’t tell him that.

Prior to accepting the invite to compete in the inaugural season of the Bass Pro Tour, Morgan had built one of the most impressive resumes in professional bass fishing: three FLW Tour Angler of the Year trophies, five dozen Top 10s, and well over $2 million in tournament winnings.

But despite that success, the Tennessee pro admits that he had a goal in the back of his mind when the season got underway in January.

“You could say that I wanted to come out and prove myself a little bit,” Morgan said.

Not only did Morgan make REDCREST, but he also won Stage Four on his home water of Lake Chickamauga, and better yet, he prospered by fishing the way he loves.

“All year, I got to fish how I like (which is power fishing),” Morgan said. “That Chick event, especially, was so special because I got to do it the old way – big rods, covering water. That worked everywhere.”

Considering the venue for REDCREST – the Upper Mississippi River – Morgan sees no reason for that to change.

As Morgan was prepping for the trip up to Wisconsin, he put together two piles of tackle.

The pile on the right was small – it’s the tackle he’s been using all year. Flipping sticks, reels spooled with heavy line, jigs and crankbaits; basically all the things that make Morgan smile.

The pile on the left, the one he called his “scramble pile,” was quite larger, and it was full of spinning rods and finesse tactics he definitely hopes never make it to the front of his deck.

“That second pile is just stuff I possibly might need, but if I do, I’m in trouble,” Morgan admits. “A lot of that stuff is like a pistol to me. I have pistols, but I don’t go hunting with them. I just carry them because sometimes you gotta have one for self-defense. That’s a spinning rod to me; it’s self-defense.”

Admittedly, he worried prior to the season he’d have to reach for his pistols plenty in order to compete. Instead, he realized something early on that he’d forgotten in all the years of fishing for five-fish limits: often, if you catch a big five-fish limit, you also caught plenty of other fish throughout the day.

Once he realized that, he realized he could simply keep fishing as he liked. In fact, he could fish even more relaxed than before without the pressure of keying in on certain bites.

“I was like an old dog with a new life,” Morgan said. “I could go back to fishing patterns like I love to do. I could catch as many fish as I wanted. I just loved it.”

As much as he loved that, he loves it even more thanks to the “dirty, old river” he’s about to fish at REDCREST.

“That place is a power-fishing paradise,” says Morgan, who managed a Top-5 finish in his lone time being up there. “I love places like that. It fits me. I’m excited to get back up there.”