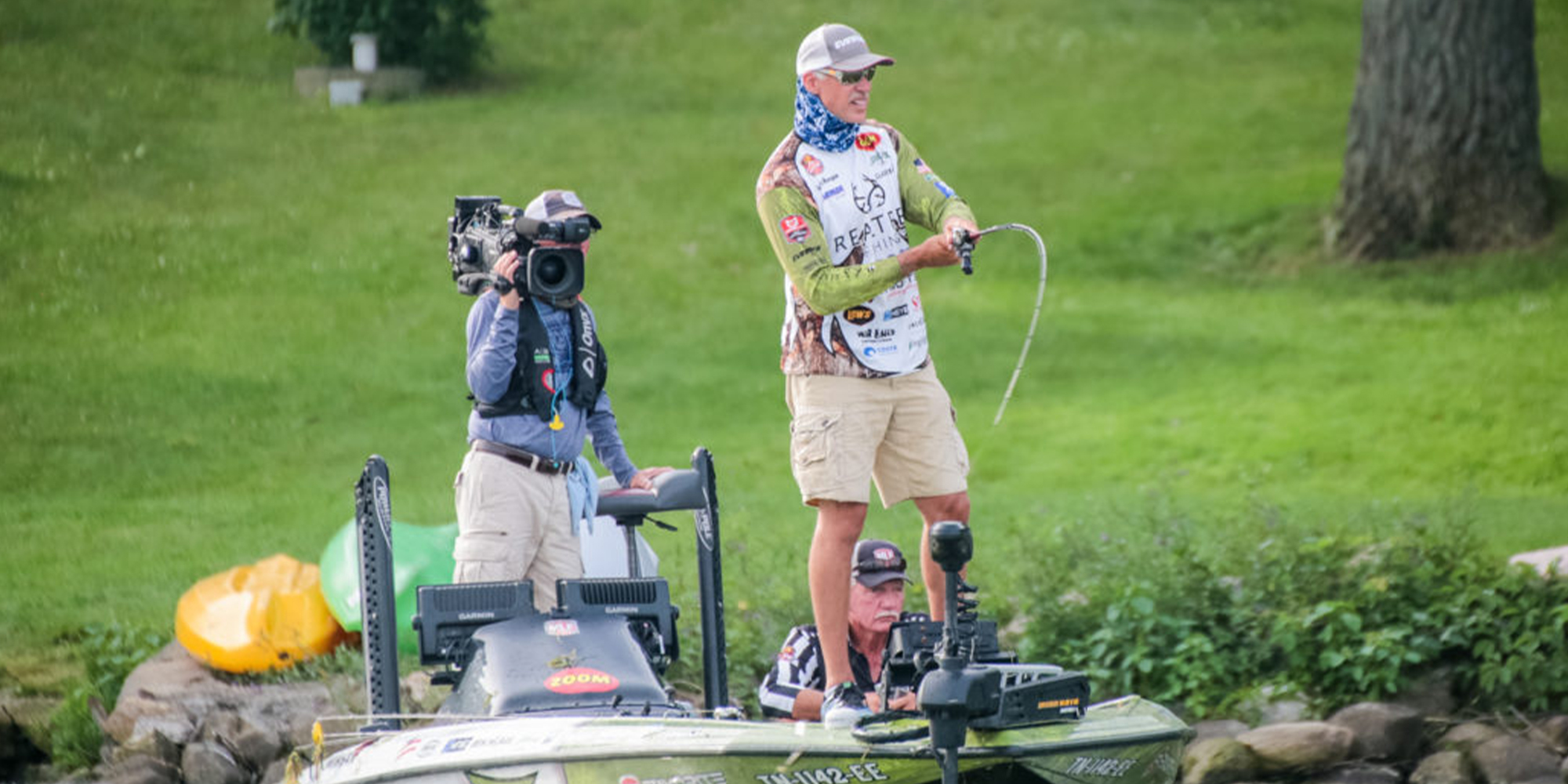 Andy Morgan is one of the 10 anglers preparing to battle in Knockout Round 1. Photo by Phoenix Moore

LA CROSSE, Wis. – As he rolled out of the parking lot at the Onalaska Omni Center following the Berkley Postgame Show, Elimination Round 11th-place finisher Andy Morgan quietly celebrated the fact that he was fishing Friday’s Knockout Round. While some competitors would likely welcome a day off, the Tennessee pro admitted that he preferred the Friday round versus the Saturday round for one reason: people just like him.

“This place is an outdoorsman’s paradise, there are a lot of people who fish and hunt here, just like I would be on a Saturday in August,” Morgan said. “I’d imagine that the boat traffic on Friday will be a little less than it will on Saturday. I know that a lot of people work four-day weeks these days, but I get a feeling that traffic on Saturday will be pretty heavy.”

A quick look around the local club schedules didn’t show any other major events taking place on Pool 8, but the first two days of competition have seen plenty of local boat traffic. A bigger concern to Jeff Sprague, who also fishes Knockout Round 1, is the river’s dropping water, and its effect on the fish.

“I really wanted to fish Saturday,” Sprague admitted. “I know a lot of guys want to fish Friday because of weekend traffic, but I really wanted to give the fish a day to acclimatize to the dropping water. The US Army Corps of Engineers pulled the water (Wednesday night) and dropped it even more, so those fish could use another day (to position). I’ll deal with the weekend traffic over the fish not being set up yet.”

That’s four of the Top 5 finishers in the Bass Pro Tour Race to the Points Championship and the winners of half of the eight Bass Pro Tour stages (including Morgan and Sprague).

“It’s going to be all or nothing in two areas for me, I’m not going to be able to scramble around and makeup ground on that group,” Morgan admitted. “With as good as this group is fishing and how good they’ve caught ‘em these past two days, if I get behind and have to scramble, I’ll be rolling home to Tennessee is what’ll happen.”