REDCREST VIEWER’S GUIDE: What to Watch for Saturday on Discovery (7-9 a.m. ET & PT) 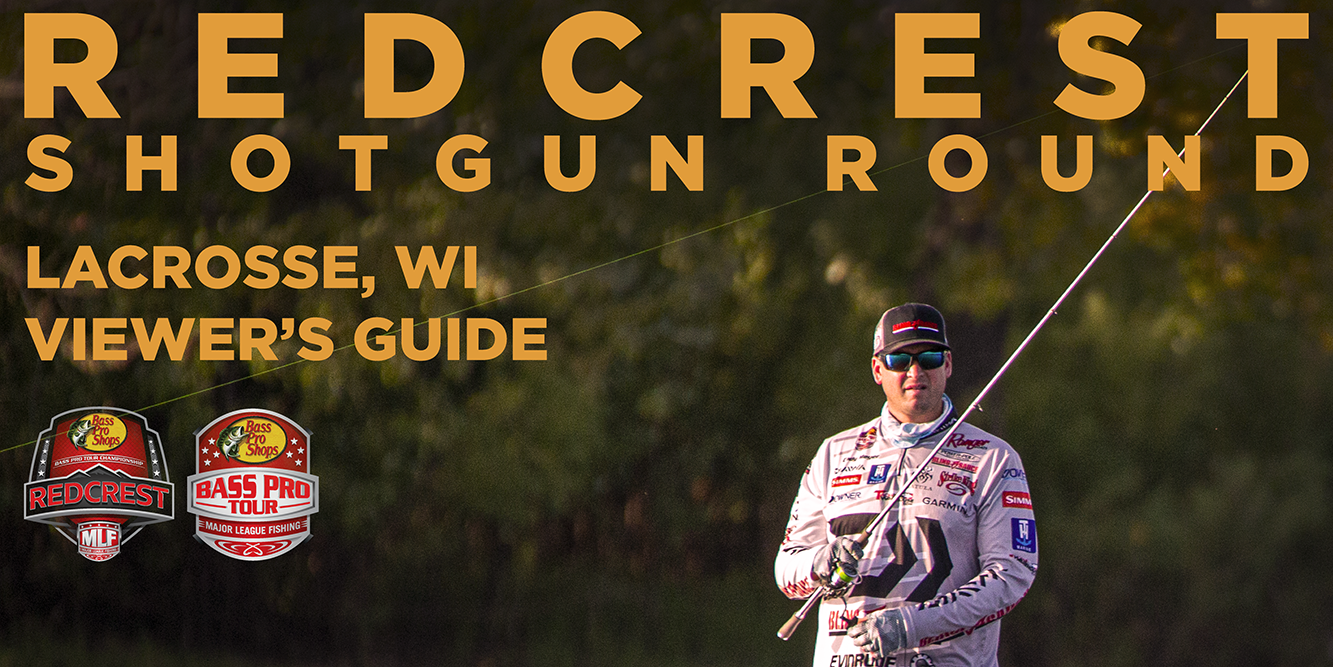 VIewers will see the first step in the pursuit for the REDCREST trophy this Saturday on Discovery Channel.

LA CROSSE, Wis. – Finally, after 48 days of hard-fought competition and eight champion’s trophies awarded, the 2019 Bass Pro Tour arrived on the Mississippi River in La Crosse, Wisconsin for a championship that was the first of its kind: REDCREST 2019 Presented by Venmo.

The Top 30 points earners from the 2019 Bass Pro Tour converged on the waters of Pools 7 and 8 on the Upper Mississippi first the fledgling tour’s season-ending championship, setting into motion a five-day race for a $300,000 payday, and the first-ever REDCREST trophy.

As action begins this Saturday on the first REDCREST episode of the Bass Pro Tour on Discovery Channel (7 to 9 a.m. Eastern and Pacific time zones), there are several conditions and storylines to follow. Here are some of the biggest:

The Best of the Best

In the leadup to REDCREST, Greg Hackney spoke in no uncertain terms about the excellence of the 2019 Bass Pro Tour field, and about how honored he would be to win the league’s first-ever end-of-season championship:  “If I win REDCREST, I will have beaten the finest field of bass fisherman that has ever been assembled,” the Louisiana pro declared.

And drafting off even more recent success, the field of 30 who you’ll watch Saturday morning for the Shotgun Round on Pool 8 included the winners of six of the eight stage of the 2019 Bass Pro Tour regular season: Jordan Lee, Edwin Evers, Jacob Powroznik, Andy Morgan, Aaron Martens and Jacob Wheeler.

The potential for an utter bass-catching smackdown was high during the late-August competition window, but also dicey thanks to extremely low water conditions. The Upper Mississippi had suffered decadal high waters previously in the year, but by the time competition started on Pool 8, waters had dropped to lower levels than most of the field had ever seen.

That translated into two things: potentially dangerous running, and the opportunity to make hey on concentrated groups of fish.

“There’s quite a bit of dead water, but once you get a bite, you’re liable to get 10 bites in the same area,” MLF NOW! analyst Marty Stone declared the day before competition began. “The fish are congregated now and replenishing into the same areas. As long as there are baitfish and current, the bass will be grouped up in those areas.”

Previous Success on the Mississippi

The REDCREST field included a handful of anglers who had experienced a high level of success on the Mississippi River: Ott DeFoe and Todd Faircloth had won tour-level events here, and several of the field had logged Top 10 finishes in their previous competitions here. But when asked the question “Who will win it all?”, the answers ranged from Hackney to Martens to DeFoe to Jacob Powroznik to Jeff Sprague to Jacob Wheeler.

“Normally, we can look at a list and say ‘That guy is going to be the toughest one to beat,’ but (the REDCREST field) can all beat you at any given time on any body of water,” Mark Rose deadpanned.

HIGHLIGHTS: Justin Atkins’ Run to the Stage Three Championship Round