Skeet Reese’s Win at Okeechobee Made All the Sense in the World: Here’s Why 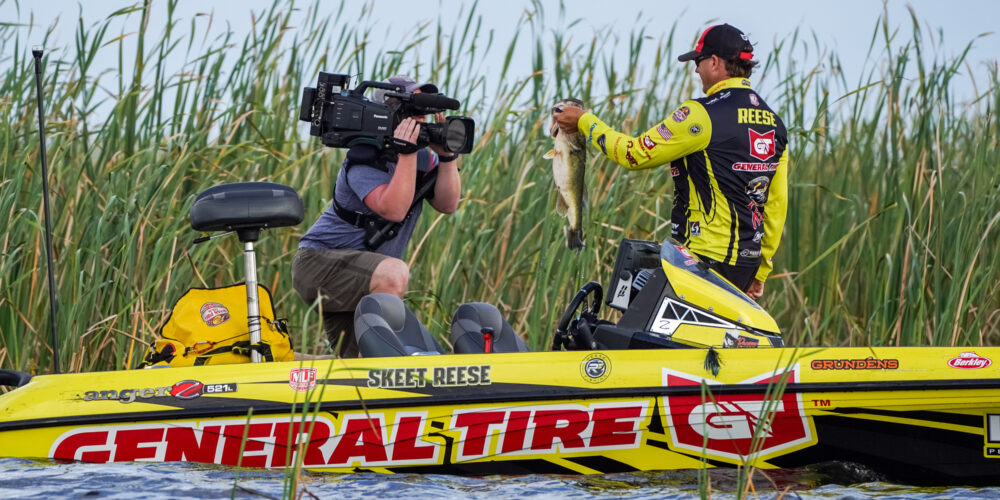 If you take a shallow dive into Skeet Reese’s career tournament statistics, you’d be led to believe that the California pro doesn’t really care much for Lake Okeechobee. In his 24 years of national competition, Reese had only recorded one tour-level Top 10 on the Big O before his win last week in the Tackle Warehouse Pro Circuit season opener out of Clewiston, Florida.

But deeper digging will reveal a much more interesting trend about Reese’s relationship with Okeechobee: he and the Big O get along rather well.

Last week’s Pro Circuit event – which Reese won thanks to a 27-pound display of power-fishing prowess on the tournament’s final day – was only the fourth tournament that the Mercury pro has ever fished on Okeechobee. Hard to believe, considering Reese’s resume includes over 250 national-level tournaments?

Living in Northern California, it didn’t make sense for Reese to fish the circuits that brought many Southern and Eastern anglers to Okeechobee yearly (the FLW Series, BASS Opens, FLW Tour, etc.). And it just so happened that the schedules of the major tours that Reese fished from 1999 to 2018 took him to other Florida fisheries (the Kissimmee Chain, St. Johns River, Harris Chain, etc.) 18 times while only landing on Okeechobee three times.

Perhaps it would be in Reese’s best interests to fish Okeechobee more often, because his numbers there are astounding, by percentage: He has two top threes in four events on the Big O (first at last week’s Pro Circuit, third at a Bassmaster Elite Series in 2012).

“I haven’t been to Okeechobee many times, but I like it a little,” Reese joked as he drove to the Tampa airport after his win, new Pro Circuit trophy and Happy Gilmore check for $100,000 riding shotgun in his giant General Tire battle wagon. “It’s a shallow-water power fishery, so it’s right up my alley. Okeechobee looks a lot like Clear Lake or the (California) Delta with its reeds, tulles, whatever you want to call them. It feels comfortable to me. I grew up with a flipping stick in my hand, and chunking and winding for big largemouth. It just fits my style.”

And Reese’s “style” was on full display during a two-hour window on Championship Sunday. As he left the lock and started his run toward his primary area in Okeechobee’s South Bay, Reese took note of the south wind and made a quick decision to veer away from the offshore pencil reeds he’d fished for three days, in favor of thicker tulle stands located deeper into the back of the bay.

“I thought to myself, ‘Well, the wind is pushing up to the bank and fish have been positioned by the wind on all the other stuff I’m fishing, let’s just roll over to the back of the bay and give it a whirl’,” Reese says. “The conditions were just setting up right. I thought it might be a flipping bite but had caught some good ones the previous couple of days on a bladed jig, so I decided to give that a try.”

It turned out to be the money-making decision of the week.

Working his way around small pockets in the mouths of drains and cuts between heavy reed clumps and walls – casting a ½-ounce green pumpkin bladed jig with a 4.5-inch Berkley PowerBait The Deal in Skeet’s Green Money Magic – Reese connected with a pair of 5-plus-pounders on back-to-back casts and a near 8-pounder shortly thereafter, vaulting from 9 pounds to 24 pounds. He eventually upgraded to 27-9 to establish a 12-pound lead before noon.

“Those fish all looked like fresh prespawners to me, so I think they were fish that were moving in,” Reese said. “They’d eat the jig right at the base of the tulles and get pinned right to the tulles. I broke off a 5-plus right after I talked (on MLF NOW!) about how good I was doing at keeping fish hooked. I know that happened to a lot of guys – it’s pretty common when fish are spawning because they bite weird anyway.”

But even as he worked his way to a 27-pound bag on Sunday, Reese’s nerves never settled. Unlike in Bass Pro Tour competition – where SCORETRACKER® provides real-time knowledge of the rest of the field (and just as importantly, how and when fish are biting) – he wasn’t sure if he was the only angler in the field working on a big bag, or whether the mid-20s was just the order of the day on Okeechobee.

“I was worried all day,” Reese admitted. “Going into the morning, I thought that 20 pounds would give me a good shot at it. If I can catch 20 to 22 pounds, I can be right there to win this thing. So even though I jacked 24 pounds pretty fast, I was thinking in the back of my head, ‘What if they’re biting like this for other guys, too?’ You just never know. As great a day as I was having, other guys could’ve been having better days.”

One angler in particular worried Reese: Chris Lane. Even though he didn’t know until weigh-in just how close Lane had crept when he boated a near 9-pounder early afternoon to cut Reese’s 12-pound lead to 5, Reese felt the pressure of the Florida pro breathing down his neck all afternoon long.

“Chris’ weights were increasing every day, and he’s for sure one of the guys who could jack 30 pounds on that fishery,” Reese said. “I’m catching 5s, 6s and 7s and feeling pretty good about it, but you throw in a couple of 8- or 9-pounders for Chris and he wins it. It was a mental struggle to stay focused on the process throughout the day knowing that (Lane) was out there. I was having one of the best days you could have, and it never left the back of my mind that I could still get beat.”

But 5 pounds was as close as Lane could get, and Reese finished out with 82-14 to Lane’s 75-5 to claim his first MLF5 champion’s trophy and his first tour-level win since April of 2015 at Lake Guntersville. It’s a hearty momentum-builder for an extremely busy tournament schedule ahead (Reese is one of 19 anglers fishing both the Pro Circuit and the Bass Pro Tour).

“I started to get back into my groove midway through the year (in 2020), basically just fishing the way I like to fish and not worrying so much about the outcome,” Reese admitted. “I started focusing more on the process and not the results, and started fishing really good. I was trending in the right direction, and it felt good to start to get momentum. This was the first tournament from where I left off last season, and I left (Okeechobee) feeling like I’m clicking again.”