STRATEGY MOMENT: It’s Not About Where to Practice but How 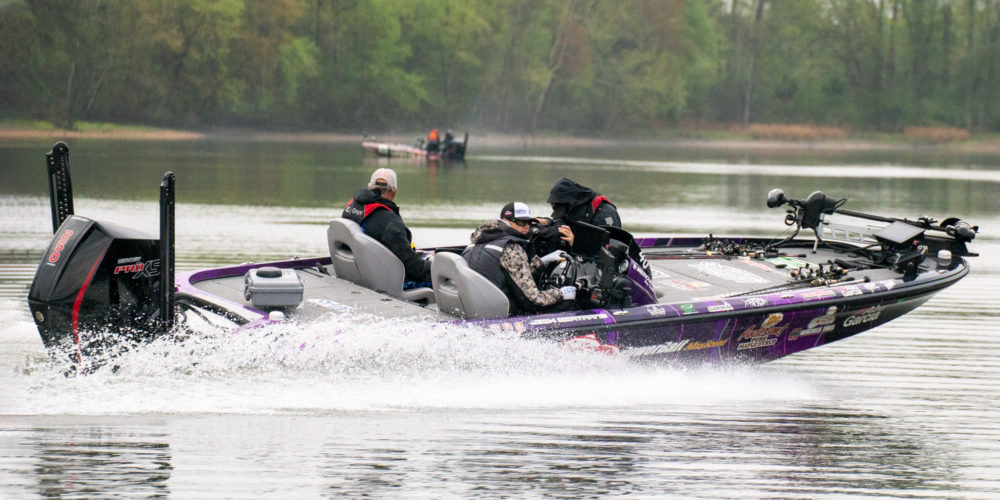 Mercury pro Josh Bertrand's practice strategy for Smith Lake has been based on how, now where. Photo by Phoenix Moore
April 29, 2019 • Joel Shangle • Bass Pro Tour

CULLMAN, Ala. – Spotted bass or largemouth? Shallow water or offshore? Lewis Smith Dam, Ryan Creek, Brushy Creek or another? Rocks, docks, brush, or all of the above?

And so begins the strategy game on Smith Lake, Alabama, host of this week’s Bass Pro Tour Phoenix Boats Stage Five Presented by Mercury. For fans of competitive bass fishing – and even bigger, fans of springtime fishing – the upcoming six days of competition should play out like a game of waterborne chess.

But for anglers like Mercury pro Josh Bertrand, who has never competed on this impoundment of the Black Warrior River system, the on-the-water Stratego started from the moment he took off from the ramp the first morning of practice.

“This is a new lake for me, but from what I can tell, there are fish from one end of it to the other,” Bertrand said as he put his Mercury-powered Nitro on the trailer after that first full day of running Smith Lake’s length. “It looks like the whole dang lake is good – some lakes have a lot of dead water, and this one doesn’t seem to have any, so that’s a factor. How do you spend your time?”

Over half of the 80-man Bass Pro Tour field has competed on Smith Lake previously. But with only one full day and one partial day to practice, Smith newcomers like Bertrand have had to expedite their learning curves on a fishery that’s in a slightly unpredictable springtime flux.

For Bertrand, the first step was less on deciding where to practice and more focused on deciphering how to practice.

“We have such a short practice period, I think there are two ways to go about it: you can really try to learn a lot about the specifics of what fish are doing, but not cover a lot of water; or, you can identify what you think is your best zone and go into the tournament not knowing exactly what the fish are doing, and figure it out along the way,” Bertrand said. “I understand those strategies really well in a traditional five-fish tournament, but I’m still learning those strategies in (the MLF) format.”

The water level on Smith Lake is dropping entering competition week, and will continue to drop due to afternoon power-generation releases from Lewis Smith Dam. Surface temperatures range from 70 to 76 in most parts of the lake.

“There are definitely a lot of post-spawn fish, but this time of year, figuring out what phase the fish are in is key for me,” Bertrand said. “Schooling-fish patterns are something you could focus on throughout the whole day, but locating the right schools will be a key.”

Bertrand expects the shad spawn to be a major player when competition starts on Tuesday.

“No matter what, almost anywhere you go in this part of the country this time of year, the shad spawn is in your mind,” he confirms. “That’ll be some type of player early in the morning for some guys, and that’s a way to get healthy quickly for sure.”