Timing is Perfect for Stage Five of Bass Pro Tour According to Local Pro, Murray 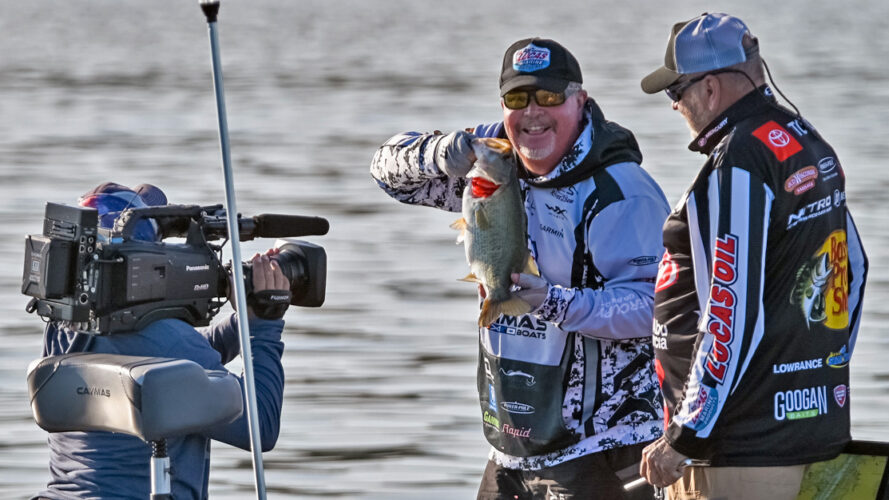 SPRING CITY, Tenn. – Lesser known than its Tennessee River neighbor, Lake Chickamauga, Watts Bar Lake holds its own when it comes to good numbers of quality largemouth. A local Bass Pro Tour angler predicts that fishing fans will see this lake at the perfect time for catching bass.

“I believe we will be fishing Watts Bar during the absolute best week to catch numbers of bass, and large fish, too,” said John Murray, a Tennessee pro angler who has won nearly $1.5 million. “When guide clients call and ask when they should be fishing here, I say the first week of June. I think it will be some of the best fishing we’ll see.

“Though, the lake is going through a weird phase. The size of the bigger bass has been down a bit, but numbers are up. Fishing is just as good as ever. With this group fishing here, I’d be interested to see if the really big fish are still in here.”

Watts Bar Lake was built in 1942 on the Tennessee River. There are approximately 39,600 surface acres and 722 miles of shoreline. During the winter months, the lake is drawn down between 5 and 6 feet. Some of the better-known tributaries of Watts Bar include the Emory River, White’s Creek, Clinch River, and Piney Creek.

Along with Florida strain largemouth bass, anglers can catch smallmouth bass and spotted bass as well. There’s plenty of cover for bass to thrive, including laydowns, some vegetation, rocky points, and shorelines.

According to Murray, don’t expect Watts Bar to fish like Chickamauga.

“Anglers know there is a lot of ledge fishing in the Tennessee River lakes, but this is a dock and laydown lake,” Murray said. “That’s where the big largemouths live. You’ll catch smallmouth and some spotted bass, too, but the bigger fish are the largemouth bass.

“The bass don’t get as thick here as they do on Chickamauga. There is plenty of bait for them, like shad and bluegill. The fish are long, just not as thick. I think the Florida strain has only been here for 6 or 7 years, but this lake is a good spot to have a BPT tournament.”