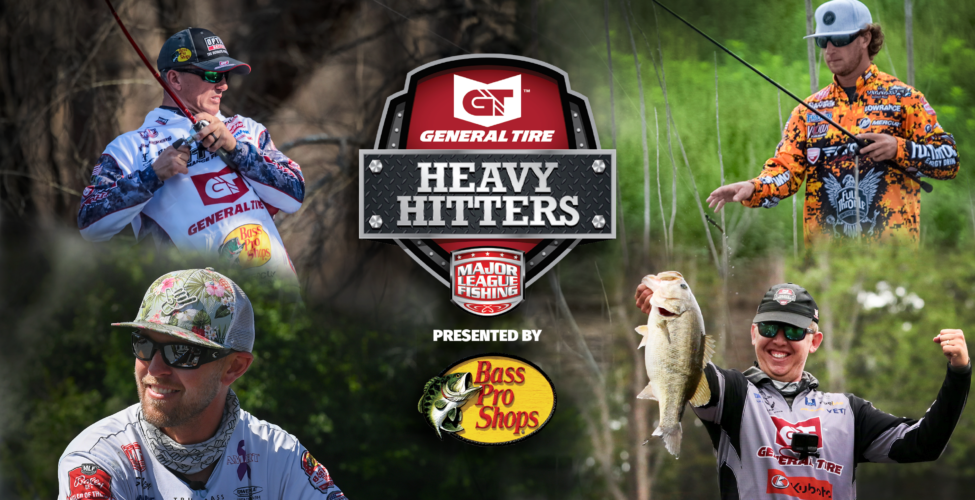 Another Bass Pro Tour season is in the books. We’ve crowned a Bally Bet Angler of the Year in Jacob Wheeler, honored REDCREST Champion Bobby Lane and found out which pros have qualified for REDCREST IV in North Carolina. But what about General Tire Heavy Hitters? There are 30 pros who earned a spot in next year’s event thanks to their big-fish prowess in the 2022 season and will look to earn big payouts for big fish next season.

There were plenty of moving parts toward the end of the 2022 season, but the Heavy Hitters roster is set. Here’s who will be competing in Heavy Hitters in 2023:

Coming into the final event of the year, Roy Hawk and Britt Myers were safely above the Qualification Line. Hawk in 29th place and Myers in 26th. Myers was only 7 ounces ahead of 31st-place Fletcher Shryock going into Stage Seven and Hawk only held a big-fish tiebreaker over Shryock. In all, 28th place through 36th places were only separated by less than 1 pound.

Hawk could only muster a 4-12 for his big fish on Mille Lacs, while Myers brought in a 3-10 for his big fish of the event. Those two were unable to stand up to the rest of the field, dropping them both below 30th place and out of Heavy Hitters in 2023.

With two anglers moving out of the Top 30, that allowed two spots to open. Enter Shryock and Ryan Salzman. Shryock’s 5-3 on Mille Lacs shot him up into 29th place and 7 ounces ahead of Hawk.

Shryock is a big fan of Heavy Hitters, having finished fourth in 2022 and eighth in 2021. One of his main goals for the 2022 season was to make sure he would be back at Heavy Hitters in 2023. But after falling out of the Top 30 after a subpar Stage Two, the Alabama pro found himself working to get back into Heavy Hitters for the majority of the year. That’s why at Stage Seven on Mille Lacs, Shryock had one thing on his mind.

“Heavy Hitters is my favorite event of the year,” Shryock said. “Spending all season below the Qualification Line and then in the last hour of my last event, my only thought was to catch one big bass to get me in. I wasn’t thinking about REDCREST or even making the cut to fish the Knockout Round. All I wanted was a big fish to make Heavy Hitters. I caught a 5-3 in the final hour of my season to move above the line. It was just an amazing feeling.”

Salzman’s Rookie Year Gets Even Better

Salzman, a rookie on the Bass Pro Tour, already had a Stage Five win to his credit in 2022. The Alabama pro was up and down the standings for much of the year, spending three events above the cut and three events below. Coming into Mille Lacs, Salzman found himself in 32nd place and needed to jump a few spots to secure a berth in Heavy Hitters.

Salzman was able to make the Knockout Round at Stage Seven, giving him one more chance at catching a big fish. The Mercury pro caught a 5-6 smallmouth with a tube as time was expiring, giving him enough weight to qualify over the rest of the field and sending him to his first-ever Heavy Hitters.

“This is a big deal for me because it was one of my original goals when I joined the Bass Pro Tour,” Salzman said. “I tend to catch big fish, that’s what my style kind of leans towards. I’m going to try to go out there and compete to win the event while also looking for that one big bite that could be a big payout.”

Heavy Hitters 2023 will take place April 24-29 at Caney Creek Reservoir and Bussey Brake in Monroe, Louisiana. These fisheries produced a handful of fish over 10 pounds at Stage One in 2022, including Randy Howell’s 12-pound, 14-ounce monster.