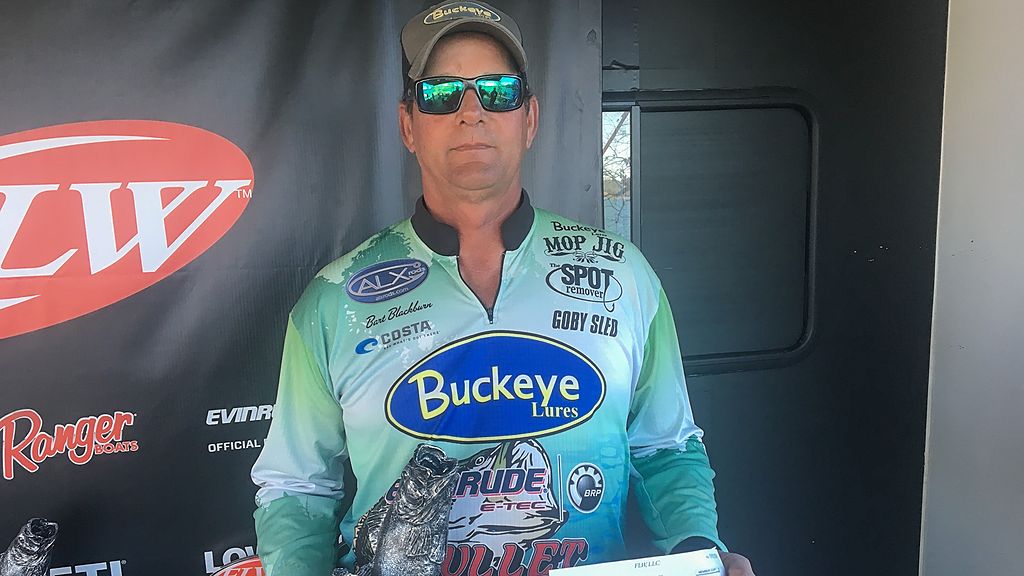 Blackburn said he began his day fishing ditches with a green-pumpkin-colored Zoom Trick Worm. He said he caught a limit for about 12 pounds, including one that he weighed in.

“I figured 12 pounds wouldn’t be enough to win so I ended up switching patterns,” said Blackburn, who logged his first career win in FLW competition. “I realized the fish had pulled out into deeper water from where they were last week because of a cold front, so I went out into 7 to 12 feet of water and threw a crankbait.

Blackburn used a ½-ounce Red Craw-colored Daiwa Flat Flash Crank to scour humps that had rock piles. After a while, he was able to find an area loaded with bait and fish.

“I look for loons diving for food this time of year, and the area had one loon that was really active,” said Blackburn. “I culled three fish, and picked up another good keeper from similar structure to finish out my day.”

Morgan caught a bass weighing 5 pounds, 11 ounces – the heaviest of the event in the Boater Division – and earned the day’s Boater Big Bass award of $565. 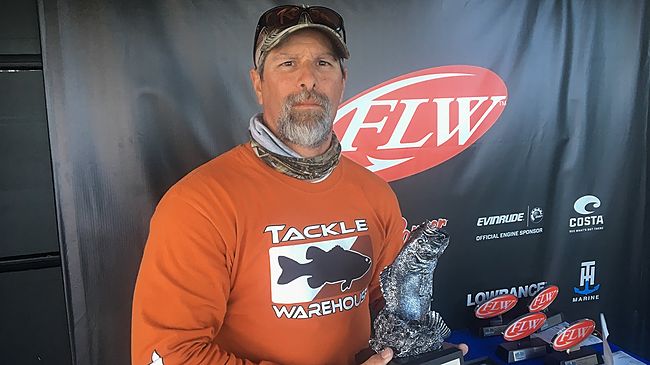 Uldrick also caught the largest bass in the Co-angler Division – a 5-pound, 15-ounce fish. The catch earned him the day’s Co-angler Big Bass award of $141.