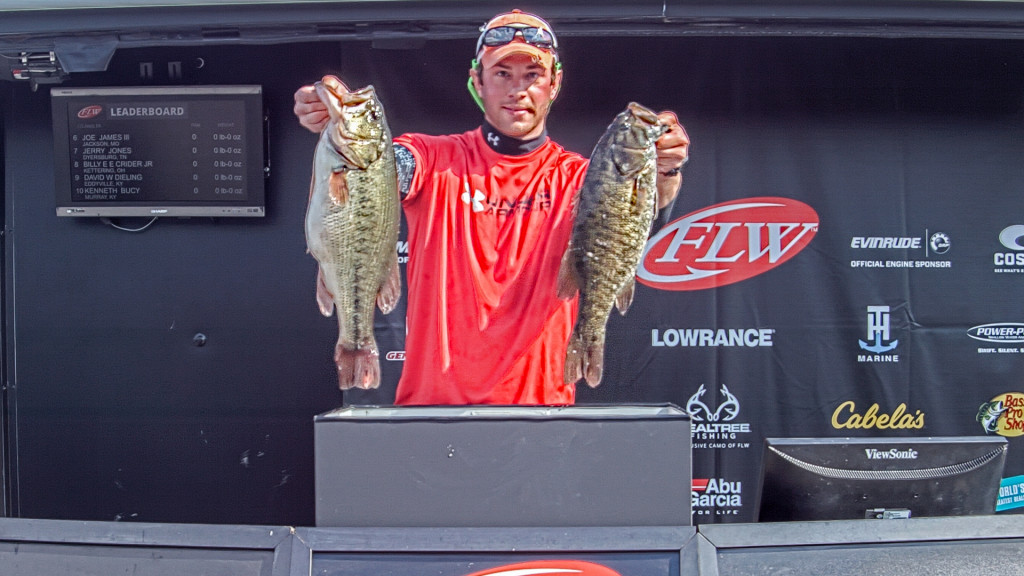 Hackemack says he focused on deep points with current breaks, and caught his first two keepers within 20 minutes at his first area, on the north end of Kentucky Lake.

“The current breaks had a lot of shad and bass were feeding on them,” says Hackemack, who notched his first career win in FLW competition. “I hooked my first two on a ¾-ounce Strike King Red Eye Shad and stuck with the lure the rest of the day.”

Hackemack says he caught nine keepers from the area, averaging one every 20 to 30 minutes. He says his last good fish – a 7½-pounder – came at 11:30 a.m. From there, the bite slowed down.

“I’ve caught many 20- to 25-pound limits on Kentucky Lake, but to get almost 30 is awesome,” says Hackemack. “It truly is one of the best fisheries in the country.”

Floyd weighed a 9-pound, 9-ounce bass – the heaviest of the event in the Boater Division – and earned the day’s Boater Big Bass award of $750. 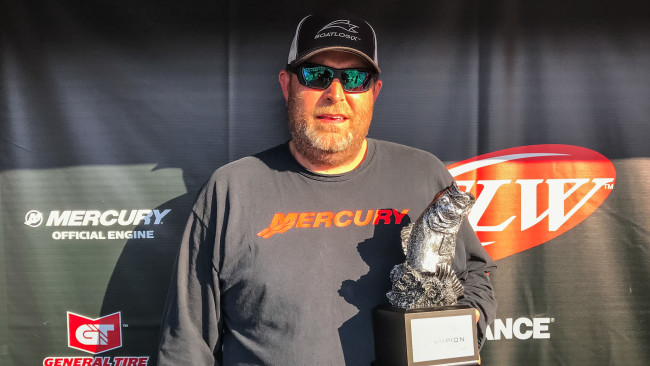 Rounds caught the largest bass in the Co-angler Division weighing in at 6 pounds, 13 ounces. The catch earned him the day’s Co-angler Big Bass award of $375.