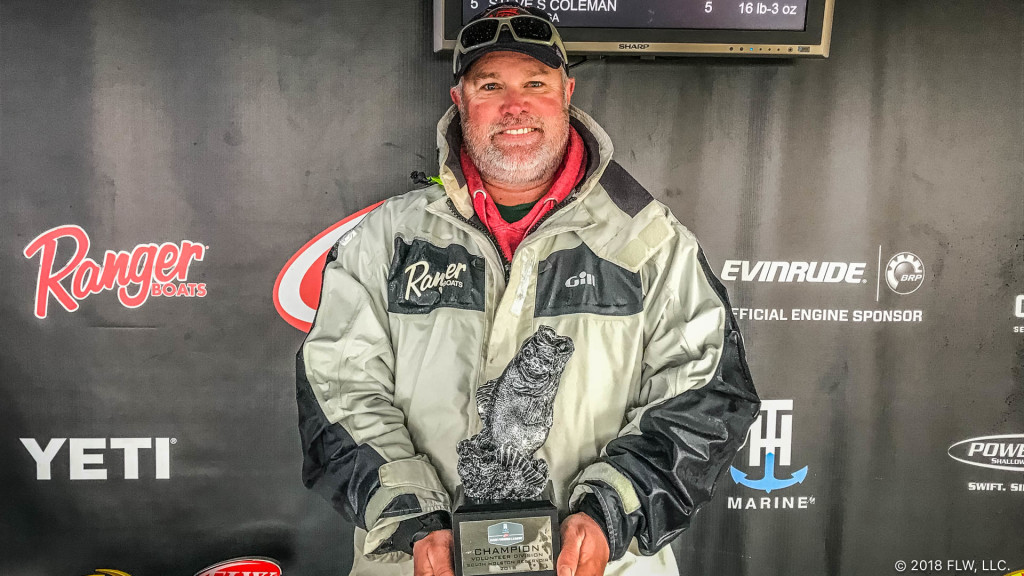 “I started out cranking some secondary points for prespawn bass on the lower end of the lake,” says Chambers, who notched his first career win in FLW competition. “They were sitting out in 8 to 12 feet of water just waiting for the conditions to be right to head up and spawn.”

Chambers says he used a Rapala DT6 crankbait, custom painted by Norris Lake Baits, and a CP Custom Baits Series 3 crankbait to catch his fish. Around 10 a.m., a change in the weather made Chambers switch patterns and target fish in deeper water.

“I picked up a Sexy Lavender-colored (Major League Lures) Boom Shad swimbait with a ½-ounce head and moved out to more main-channel points,” says Chambers. “The points had some mud and a mix of clay and chunk rock and I ended up catching two 5-pound smallmouth.”

Craig Powers brought a 6-pound, 4-ounce bass to the scale – the heaviest of the event in the Boater Division – and earned the day’s Boater Big Bass award of $485. 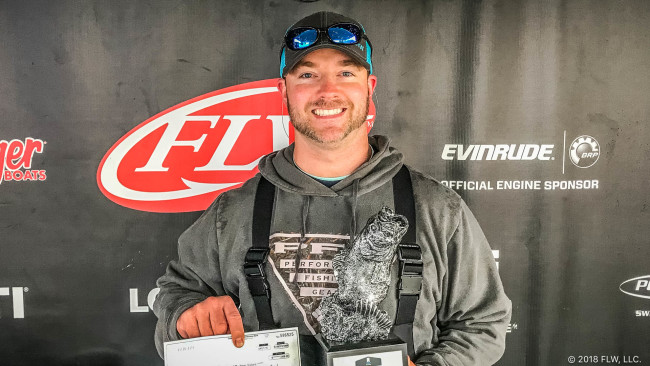 Scott Pittman of Powell, Tennessee, caught the largest bass in the Co-angler Division weighing in at 6 pounds, 13 ounces. The catch earned him the day’s Co-angler Big Bass award of $242.