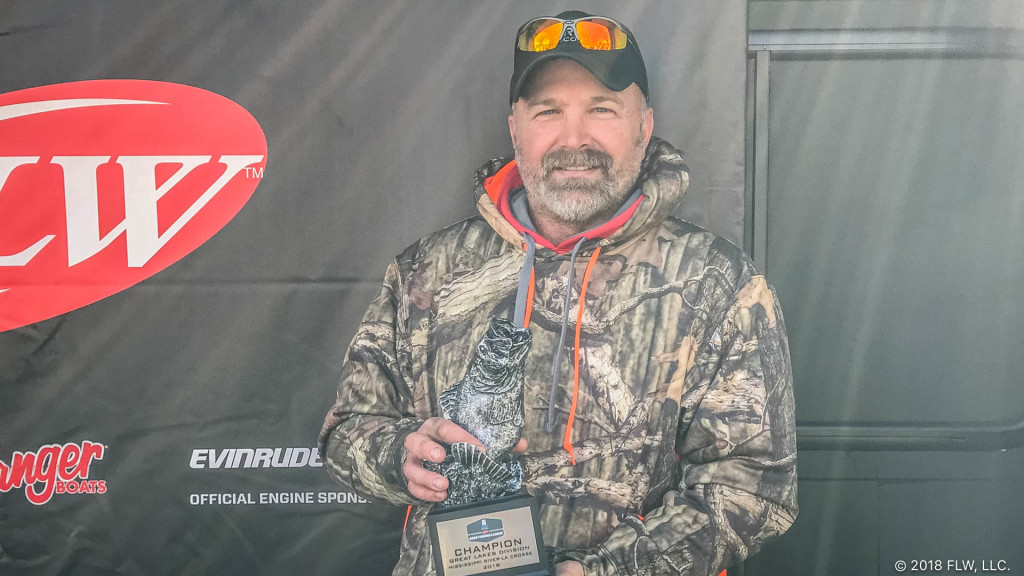 “I stayed in Pool No. 8 all day, throwing a spinnerbait all day long on a shallow flat near Stoddard,” says Leidholdt, who earned his first career win in FLW competition. “There were around 15 boats fishing the same flat, but I was fishing slower than most of them. I caught around 10 fish all day long.”

“I think only having one day to practice actually really helped me,” Leidholdt says. “The river has had so much water fluctuation in the past few weeks, so even if I would have had time to practice it likely would have been very different come tournament time.

“It’s the first time in a long time that I can remember that I put the jig down and picked up the spinnerbait,” Leidholdt jokes. “I’ve been fishing BFL tournaments for 15 years, so I definitely put my time in to earn the win.”

Tony Seiler of River Falls, Wisconsin, caught a bass weighing 6 pounds, 11 ounces – the heaviest of the event in the Boater Division – and earned the day’s Boater Big Bass award of $770. 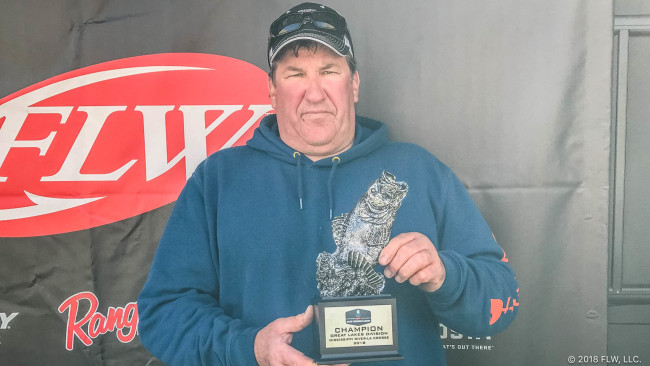 Bill McBride of Rockford, Illinois, caught the largest bass in the Co-angler Division – a 5-pound, 12-ounce fish. The catch earned him the day’s Co-angler Big Bass award of $385.