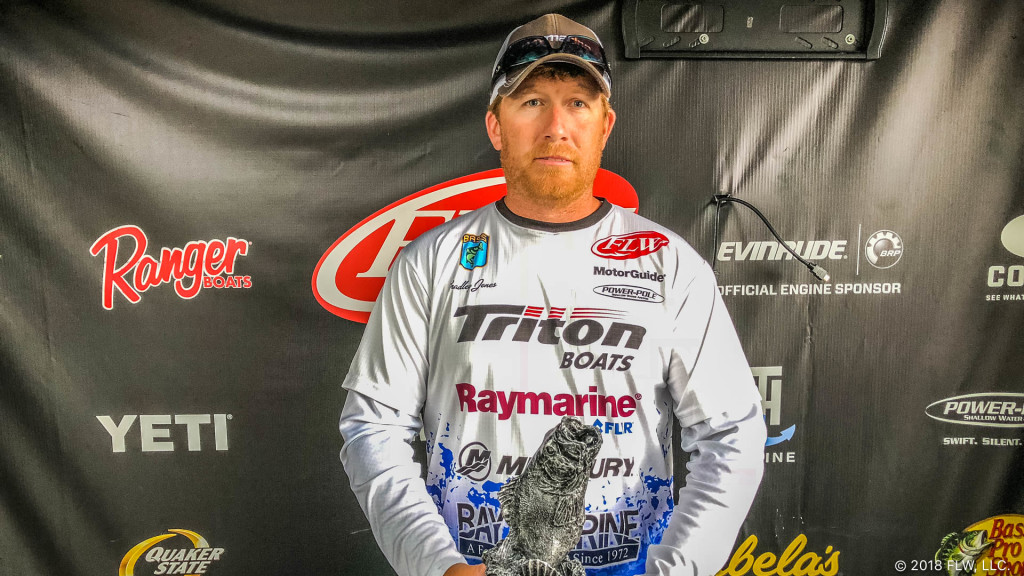 “I caught bedding fish that I’d found a couple weeks earlier and in practice,” says Jones, who logged his fourth win on Neely Henry Lake in BFL competition. “I never actually saw any of them during the tournament, but I made some long pitches into their general area and they bit on the first cast each time.”

Jones fished three larger creeks on the lower end of the lake. He caught around 15 fish throughout the event, citing a Texas-rigged green-pumpkin-colored V&M J-Bug as his bait of choice.

“I could tell where the beds were by the way the structure was,” says Jones. “I just pitched it in there and they bit it, there wasn’t really anything to it. I couldn’t have asked for a better scenario – everything just worked out.”

Jones also brought a 6-pound, 3-ounce bass to the scale – the heaviest of the event in the Boater Division – and earned the day’s Boater Big Bass award of $630. 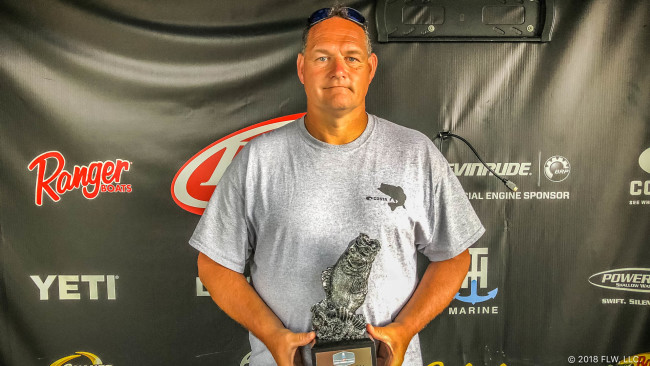 White also caught the largest bass in the Co-angler Division weighing in at 5 pounds, 7 ounces. The catch earned him the day’s Co-angler Big Bass award of $315.