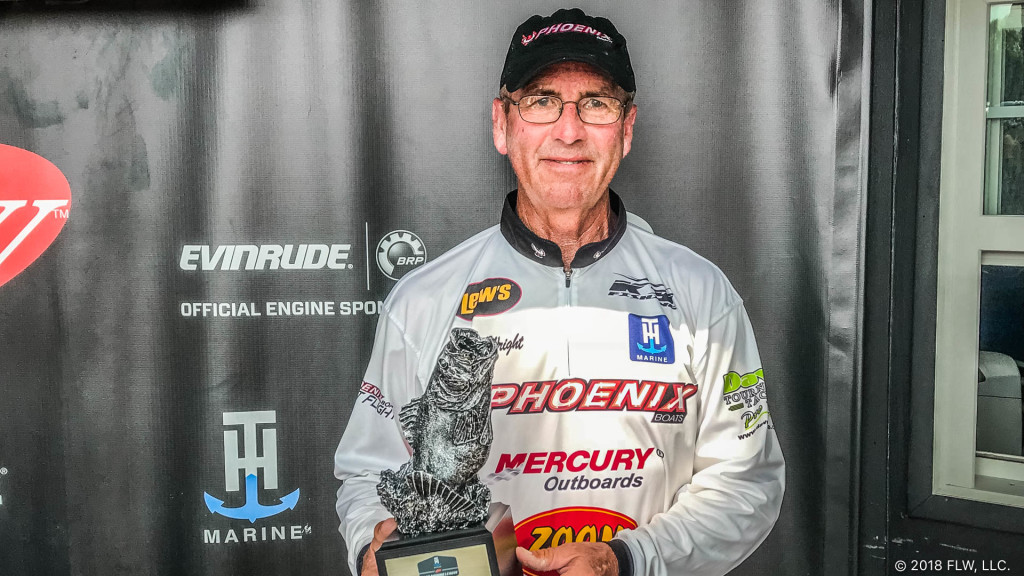 “I focused on drops off of the bank between 8 and 10 feet,” says Wright, who earned his 12th career win in BFL competition – second all-time in BFL history. “I keyed in on cover like rocks, stumps and brush and had to deflect the bait off of them to catch fish.”

Wright used Bluegill- and Hot Mustard-colored Rapala DT crankbaits in sizes 10 and 14 and a black Zoom Magnum Trick Worm on a shaky-head. He says he fished in three of the major creeks – Second, Abbotts and Crane.

“I probably fished 20 or 25 different places and didn’t spend much time at each,” says Wright. “I was just looking for aggressive fish and didn’t want to have to finesse them to get a bite.

“After 2 (p.m.) I caught a 4-pounder that culled out a smaller 3-pound fish. That was my last catch of the day and it gave me the ounce I needed to win.”

Chandler brought a 7-pound, 3-ounce bass to the scale – the heaviest of the event in the Boater Division – and earned the day’s Boater Big Bass award of $395. 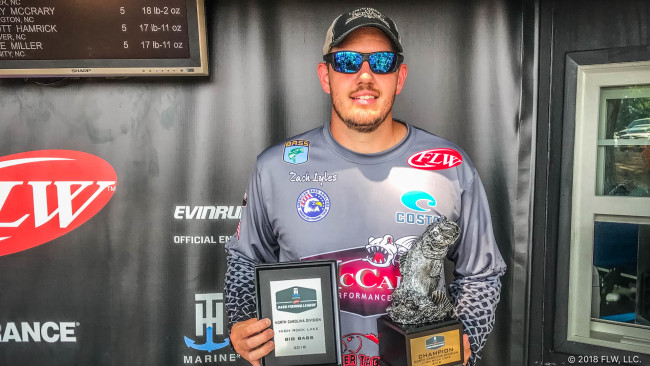 Lyles also caught the largest bass in the Co-angler Division weighing in at 6 pounds, 12 ounces. The catch earned him the day’s Co-angler Big Bass award of $195.