Fierce takes co-angler title on Lake of the Ozarks 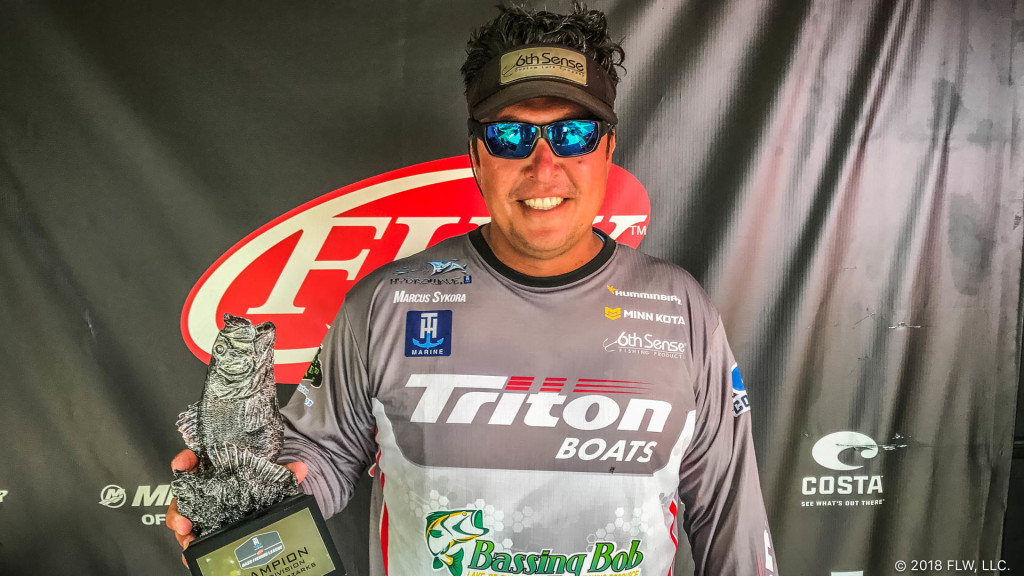 Sykora made a long run from takeoff to the Grand Glaize arm of the lake, near Osage Beach, and worked through brush piles in 10 to 15 feet of water to catch his fish. He says he rotated between a ½-ounce Davenport Special-colored Chompers Brush Jig with a Root Beer Green Flake-colored Chompers Double Tail Grub trailer, a Texas-rigged green-pumpkin Zoom Brush Hog and a Gizzard Shad-colored Sixth Sense Cloud 9 Series C15 crankbait.

“I fished the jig or the Brush Hog first and then ran the crankbait before I’d leave,” says Sykora, who earned his seventh career win on Lake of the Ozarks. “I threw the jig because there was a bream spawn going on and it looks similar to one, but sometimes they wanted something bulkier like the Brush Hog.”

Sykora caught 10 keepers throughout the day.

“I probably hit 50 or 60 different piles,” says Sykora. “That’s what made the crankbait good. I could fish faster and cover more water, especially after that long run. It was about 172 miles round trip, but it paid off.”

Edge brought a 6-pound, 3-ounce, bass to the scale – the heaviest of the event in the Boater Division – and earned the day’s Boater Big Bass award of $470. 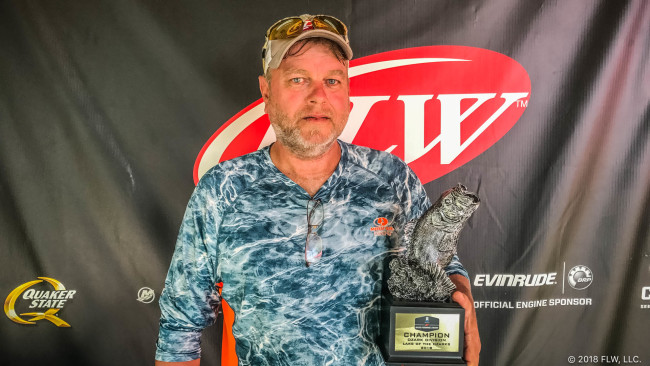 Steve Heitman of Osage Beach, Missouri, caught the largest bass in the Co-angler Division weighing in at 5 pounds, 9 ounces. The catch earned him the day’s Co-angler Big Bass award of $235.