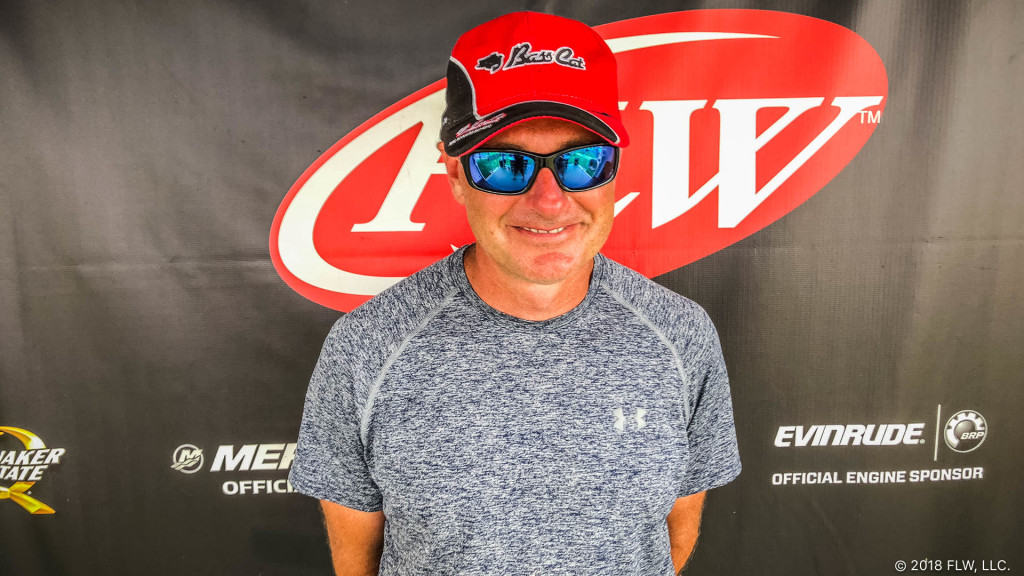 “I fished the Belle River hump area of Lake St. Clair. It’s close to the same area where some of the FLW Tour event leaders fished,” says Wagner, who earned his fifth career win in BFL competition. “The area was about one square mile in size, and had a mega school of fish.

“A couple of the spots in the area attracted around 50 other competitors, but I didn’t start near any of them,” Wagner continues. “When I started, the closest person to me was about a half-mile away. I was between fish that were on the outskirts of the school and the school itself. I roamed the flat looking for a certain type of bottom – a big sandy spot with shells. I could see down there, even in 18 feet of water. As soon as I found where I needed to be, I hit the Spot Lock [on my Minnkota Ultrex trolling motor].”

Wagner says every fish he weighed came from some type of Z-Man ElaZtech lures on a drop-shot rig. He noted that green-pumpkin-goby colors did well.

“I had four areas that were similar and I basically just circled them. I’d catch three to 20 fish in a location and kind of wear it out before moving on to the next one. There was a stretch where I caught 20 fish in a row between 4½ and 5 pounds, but didn’t even weigh any of them – it was pretty ridiculous.”

Wagner also brought a 6-pound, 3-ounce, bass to the scale – the heaviest of the event in the Boater Division – and earned the day’s Boater Big Bass award of $725. 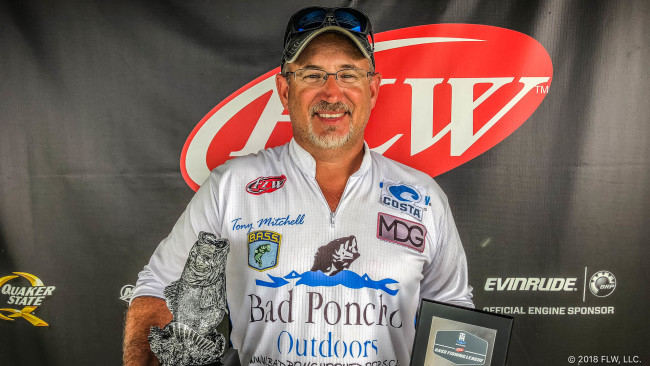 Mitchell also caught the largest bass in the Co-angler Division weighing in at 6 pounds, 4 ounces. The catch earned him the day’s Co-angler Big Bass award of $352.