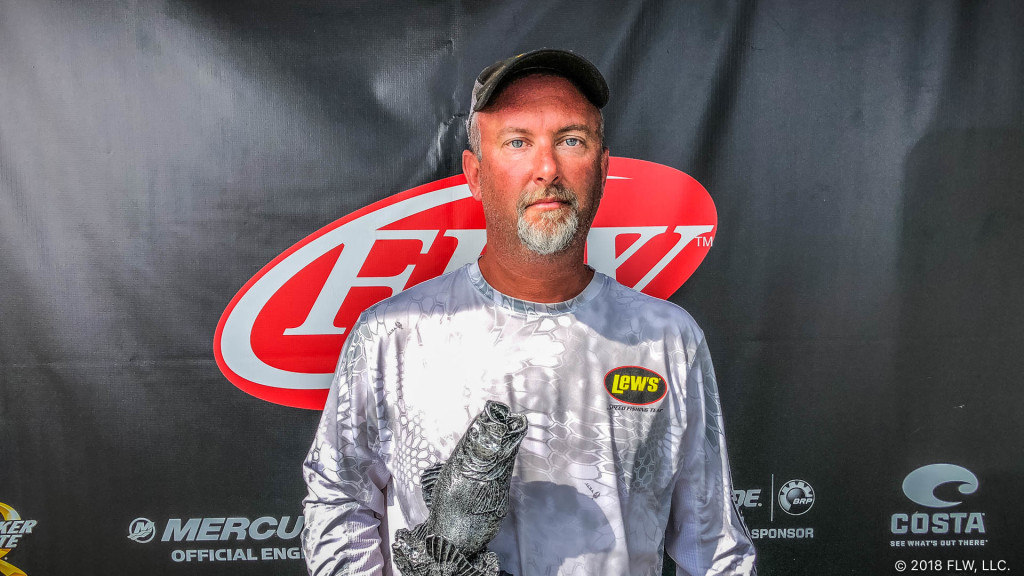 “I caught most of my fish in 13 to 15 feet of water,” says Culler, who earned his first win in FLW competition. “The area had a slight inside turn and then it came back out to a small little point. There was wood and grass on the point and it seemed like the bigger ones were keying in on the wood more than anything. You could catch smaller fish around it, but that’s where the bigger ones were.”

Culler used a 7-foot, 1-inch medium-heavy G. Loomis rod with a Daiwa reel and 10-pound-test Seaguar InvizX fluorocarbon line. He credits the side scanning feature on his Humminbird Helix electronics unit with helping him get dialed in to his area as well.

“I caught around 10 keepers. It was a slow presentation – they didn’t want the bait moving that much,” says Culler. “I’d just let it lay there and then they’d pick it up and swim off. It was a late bite, too. They started biting around 10 or 10:30 (a.m.) and then I caught them regularly until 1 p.m.”

Dials brought a 5-pound, 4-ounce bass to the scale – the heaviest of the event in the Boater Division – and earned the day’s Boater Big Bass award of $475. 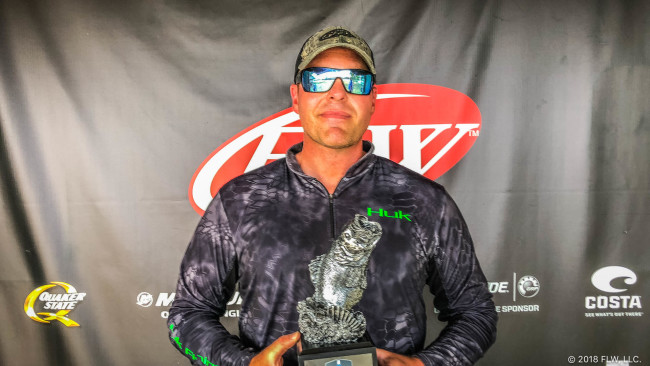 Joyner also caught the largest bass in the Co-angler Division weighing in at 4 pounds, 13 ounces. The catch earned him the day’s Co-angler Big Bass award of $237.