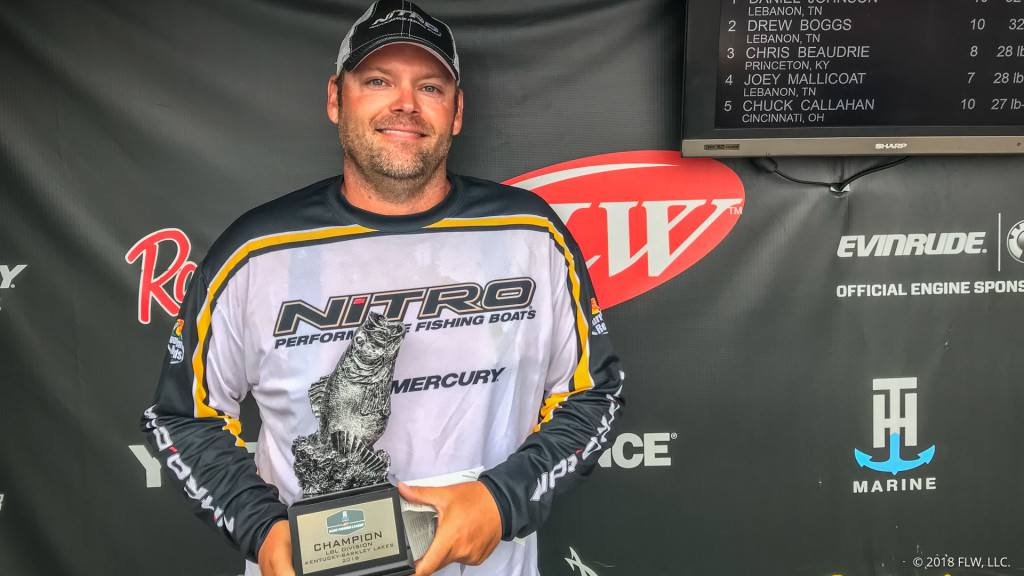 “I had three areas on the south end of Barkley Lake that I worked through both days,” says Johnson, who notched his second career win in BFL competition. “I targeted ultra-shallow cover like rock and wood – basically anything in less than 2 feet of water.”

Johnson flipped green-pumpkin or black and blue-colored tubes with ½-ounce Jenko Creature Weights. He also rotated in handmade balsa square-billed crankbaits. For crankbait colors, he said he preferred shad on Saturday and chartreuse with a black back on Sunday.

“The majority of my fish came from flipping, but I caught one key fish and a couple of keepers on the square-bill,” says Johnson. “I utilized the square-bill more early in the morning when I noticed shad up around the cover. Later in the day I flipped.”

“Sticking with my gameplan was important,” says Johnson. “A lot of times, with those shallow fish, there aren’t enough of them for a two-day event, but I felt I could get two limits and two limits would go far. The fishing has been tough, but I knew there were some good, quality fish to be caught up shallow.”

Amerson caught a bass weighing 6 pounds, 5 ounces – the heaviest of the event in the Boater Division. The catch earned him the Boater Big Bass award of $607. 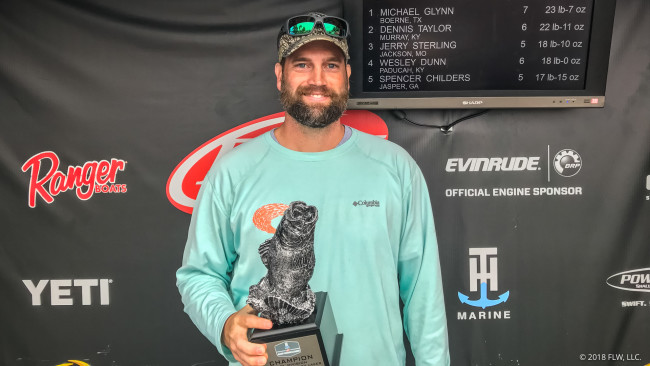 Robinson caught the largest bass in the Co-angler Division – a fish weighing 6 pounds, 15 ounces – and earned the Co-angler Big Bass award of $304.