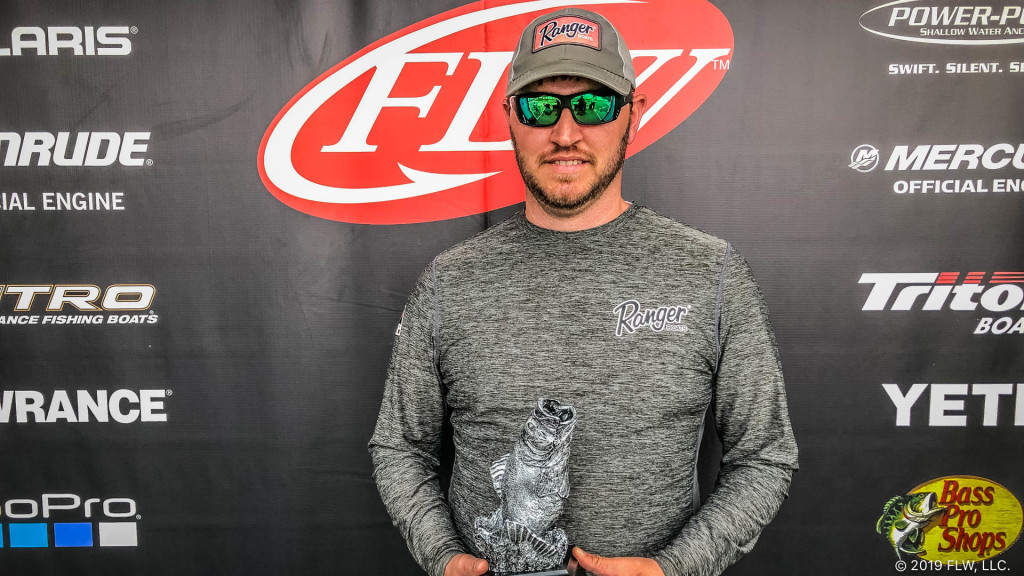 “I fished secondary points, catching fish that were moving in – coming from the deep to the shallows,” says Beckum, who earned his second career victory in BFL competition – first as a boater. “I probably fished 10 or 15 areas, including some in the Little River, Chigoe Creek and Keg Creek. I sat in 15 feet of water and threw up into 8 or 10 feet. I’d hit a couple of spots in each creek and then work my back through.”

Beckum used a black and blue-colored Ketch-Her Lures jig with a green-pumpkin Zoom Super Chunk trailer to catch his fish, adding that he caught nine keepers during the tournament.

“Most of my bites came after 10 (a.m.). I got bit at some spots in the afternoon that didn’t produce for me in the morning.”

Beckum caught a 6-pound, 10-ounce bass – the heaviest of the event in the Boater Division – and also earned the day’s Boater Big Bass award of $425. 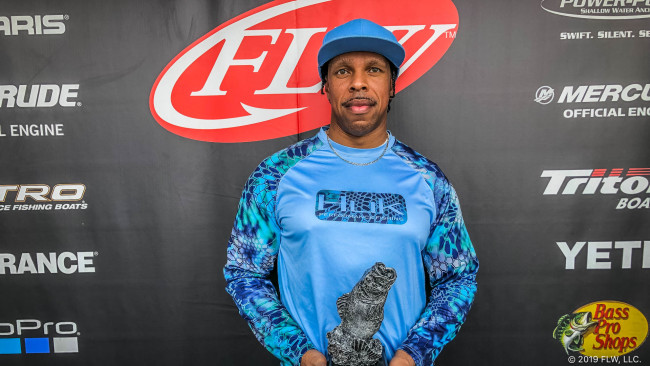 Brandon Lawson of Union, South Carolina, caught the largest bass in the Co-angler Division, a fish weighing in at 6 pounds, 5 ounces. The catch earned him the day’s Co-angler Big Bass award of $212.