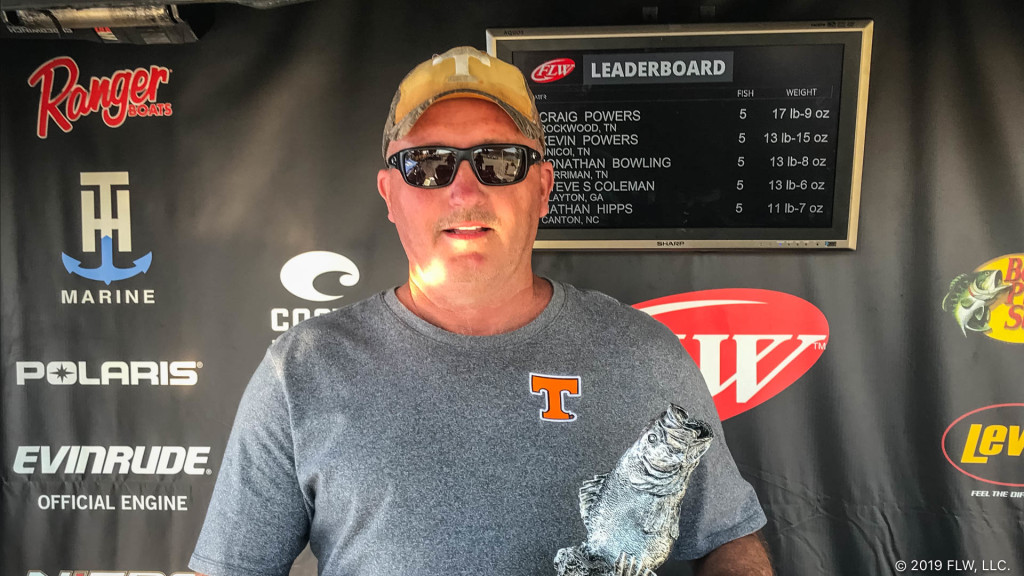 Powers spent his day fishing wind-blown points mid-lake, not too far from takeoff. He says the bite was tough, and that he caught just six keepers all day. He weighed in two largemouth and two spotted bass from a spinnerbait and a 3-pound smallmouth on a crankbait.

“I targeted blowdowns on the points with the spinnerbait, and when the wind quit blowing I switched to a flat-sided crankbait. It was the same deal [with the crankbait] – rocky, wind-blown points – but I stayed away from the trees,” says Powers, who earned his fifth win in FLW competition. “The crankbait has a tight wiggle and when they quit biting, I can usually catch a few on it.”

Powers says his spinnerbait was a ½-ounce, custom-made lure with willow leaf and Colorado blades and a Glimmer Blue skirt, with a Zoom Split Tail trailer of the same color. His crankbait was a Root Beer-colored CP Custom Baits Series 3 balsa crankbait. He primarily worked in 6 to 10 feet of water.

Powers also caught a 7-pound, 13-ounce bass – the heaviest of the event in the Boater Division – and earned the day’s Boater Big Bass award of $355. 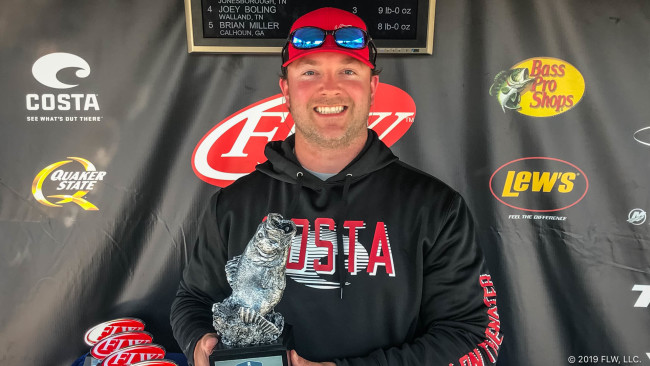 Curtis Crooke of Washburn, Tennessee, caught the largest bass in the Co-angler Division, a fish weighing in at 4 pounds, 14 ounces. The catch earned him the day’s Co-angler Big Bass award of $177.